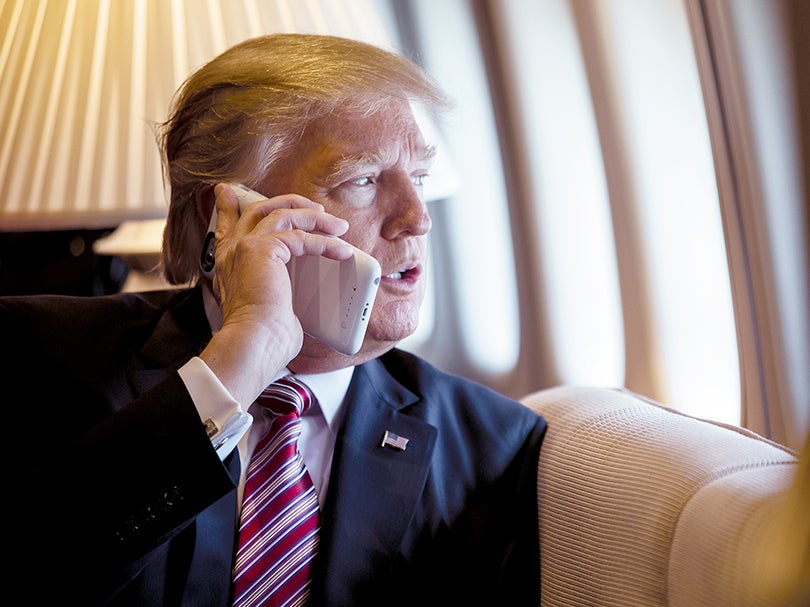 The brother of George Floyd said a call of condolence from Donald Trump did not go well.

At the White House on Friday, the president said he had spoken to the family of Floyd, the 46-year-old African American man whose death during an arrest by police officers in Minneapolis sparked nationwide protest.

The president said he expressed his sorrow and told the family the incident was a “horrible thing to witness” and it “looked like there was no excuse” for Floyd’s death.

Sharing the full story, not just the headlines

But Floyd’s brother Philonise said Mr Trump gave him little chance to express himself and had little apparent interest in what he had to say.

He told MSNBC: “He didn’t give me an opportunity to even speak. It was hard. I was trying to talk to him, but he just kept, like, pushing me off, like ‘I don’t want to hear what you’re talking about.’

“And I just told him, I want justice. I said that I couldn’t believe that they committed a modern-day lynching in broad daylight.”

Mr Trump’s response on Saturday – talking about “ominous weapons” and “vicious dogs” awaiting protesters outside the White House – did little to calm tensions which erupted again on Saturday evening.

Joe Biden, Trump’s presumptive opponent in the presidential election in November, has spoken to the Floyd family and urged calm in a video address.

Philonise said he asked Mr Biden to “please, please get justice for my brother.”

“I need it. I do not want to see him on a shirt just like the other guys. Nobody deserved that. Black folk don’t deserve that. We’re all dying. Black lives matter.”

The officer who kneeled on Floyd’s neck has been charged with murder.

Sorgente articolo:
George Floyd’s family say condolence call from Trump was rushed and he didn’t let them speak – The Independent