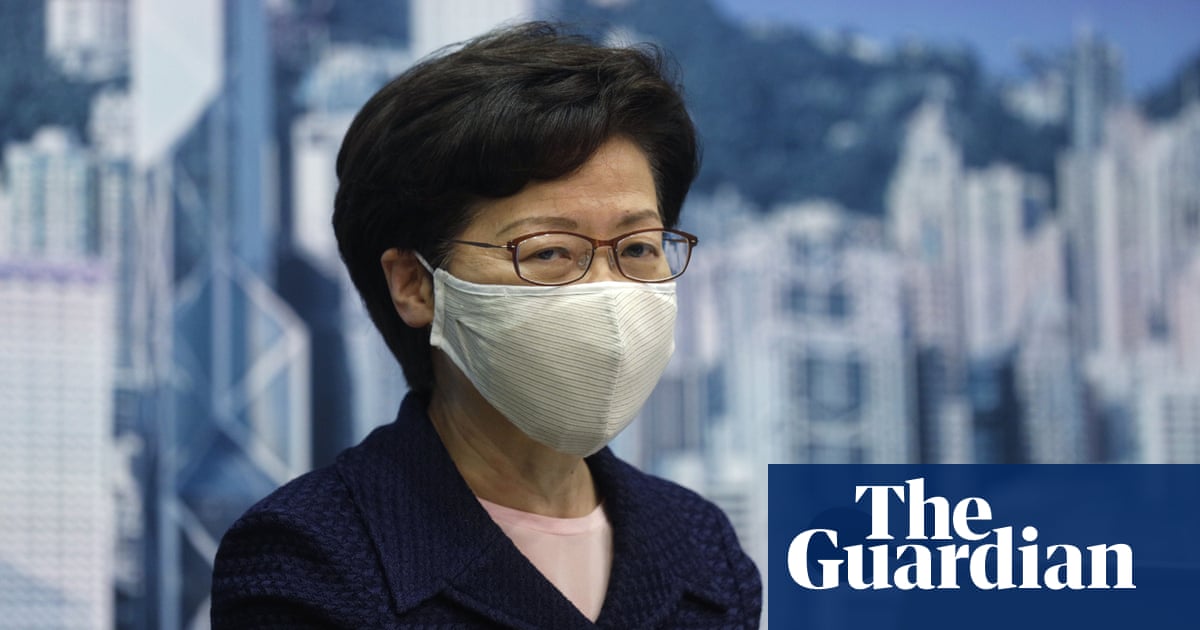 The Hong Kong government has postponed its upcoming elections for one year, citing the growing coronavirus outbreak in the territory but sparking immediate accusations that the pandemic was being used as a pretext to suppress democracy.

The city’s leader, Carrie Lam, announced on Friday she had invoked colonial-era emergency regulations to delay the 6 September vote to 5 September 2021, saying it was the “hardest decision I have made in the past seven months”, but had the full support of the Chinese central government.

Hong Kong is experiencing its worst outbreak of the pandemic, with more than 100 daily new cases – mostly community transmissions – and hospital Covid-19 wards at about 80% capacity. Lam, Hong Kong’s chief executive, said part of the government’s response to the virus was “a willingness to make hard choices”.

“The Legco election is held once every four years and it’s a really tough decision to delay it but we want to ensure public safety and health, and we want to make sure the elections are held in an open fair and impartial manner,” Lam said of the legislative council vote.

While having largely kept the virus under control after it first reached Hong Kong in January, the government has been criticised for fumbling numerous aspects of its response, particularly in this so-called third wave. However, the current outbreak appears to be waning and, when asked why then the election was being postponed, Lam pointed to the rising numbers in the rest of the world.

Lam said she and her colleagues had consulted with the World Health Organization on the decision, and she delivered a statistics-heavy list of the risks in having millions of voters and polling staff gathering on one day. She also said many residents were stranded outside Hong Kong amid border closures and argued that

Hong Kong lacked the capability for electronic or postal voting.

Lam also dismissed comparisons with other countries that have held elections amid worse outbreaks. She said only 49 countries or areas had gone ahead with their votes during the pandemic, while 68 had to delay, giving as an example an Australian local council election.

“So you can say there are more places or countries delaying their elections than proceeding as scheduled.”

When the government’s plans to postpone the election were leaked earlier this week, amid growing Beijing control over the semi-autonomous region, and coming a day after 12 pro-democracy candidates were disqualified from running, it was immediately labelled an “assault on fundamental freedoms”.

In an increasingly defensive tone, Lam told the press conference there was “definitely no political consideration” to the decision, which “had nothing to do with the likely outcome of this round of elections”, referring to speculation that pro-democracy parties would win a majority.

Conceding it was unconstitutional to allow the current legislative council to sit for longer than its four-year term, Lam said she had approached Beijing for help and the National People’s Congress standing committee would make a legal declaration to solve the problem.

In a statement, the central government confirmed the standing committee would also decide on the fate of incumbent pro-democracy legislators who were disqualified from running again in the now postponed election. Lam said she thought they should continue in their seats.

The postponement has sparked fury from opposition and pro-democracy groups.

“Postponing the September elections for a year is a cynical move to contain a political emergency, not a public health one,” said Sophie Richardson of the charity Human Rights Watch.

“This simply allows Carrie Lam to deny Hong Kong people their right to choose their government. Without making any attempt to look at alternative methods of voting, or ensuring all voting rights will be respected, Lam and her backers in Beijing are merely masking repression under the guise of public health.”

On Friday afternoon, a coalition of pro-democracy legislators accused the government of using the pandemic to delay an election they were looking like losing. The group said they represented 60% of the population and “collectively and sternly oppose a postponement”.

“We stress that the government has the responsibility to arrange anti-epidemic measures to the full extent of its ability so the September poll can be held as scheduled. Otherwise, it’s tantamount to uprooting the entire basis of the SAR.”

Earlier this week, Hong Kong Watch, a pro-democracy group, released comparative data on Hong Kong’s outbreak and that of other countries which have held elections during the pandemic.

“If the Hong Kong government decide to postpone the election by a year, then it is not only totally unnecessary, but an assault on fundamental freedoms,” said Johnny Patterson, the director of Hong Kong Watch.

“Other governments have shown that Hong Kong government do not need to cancel the elections for a year to guard against the public health threat. This decision to consider postponing legislative council elections for a year is driven by fear of an opposition pro-democracy majority, and by fears that attempts to disqualify and arrest pro-democracy candidates under the national security law will be met by further sanctions from the international community.”

The postponement is the latest event in Hong Kong’s apparent declining democracy.

On 30 June, sweeping national security laws came into force, imposed by Beijing outside of Hong Kong’s legislature and with at least 10 people arrested at protests on the first day. Schools, libraries and booksellers have been told to remove books that might breach the new laws, and democratic parties holding pre-election primaries were accused of attempting to rig the election.

This week, Hong Kong University legal scholar Benny Tai was sacked by the university council, and four students, aged between 16 and 21 and members of a pro-independence group that disbanded its local branch on the eve of the laws, were arrested. Police said they were arrested on suspicion of organising and inciting secession through comments made on social media posts after the law came in.

On Thursday, 12 opposition figures, including incumbent legislators, veteran politicians, and high-profile activist Joshua Wong, were disqualified from running in the September polls.

The electoral office ruled entries invalid on the basis that some had previously called for foreign governments to sanction Beijing and Hong Kong, and this breached the national security law, or had pledged to block government bills if they won a majority.

“Our resistance will continue on and we hope the world can stand with us in the upcoming uphill battle,” 23-year-old Wong told reporters on Friday. “Beyond any doubt (this) is the most scandalous election fraud era in Hong Kong history.”

Asked if he feared for his own safety, Wong instead called for the release of the four students. “I urge the world to put the global spotlight on the other activists arrested and being detained,” he said, adding he feared they could be extradited to China.

Chris Patten, the last British governor of Hong Kong said on Thursday the disqualifications were “an outrageous political purge of Hong Kong’s democrats”.

“The national security law is being used to disenfranchise the majority of Hong Kong’s citizens. It is obviously now illegal to believe in democracy, although this was what Beijing promised in and after the joint declaration. This is the sort of behaviour that you would expect in a police state.”