A trailer for the latest apocalyptic blockbuster? No, just some of the latest volleys on social media and television as the ad wars boil over between President Donald Trump, former Vice President Joe Biden and their often deep-pocketed allies.

Attack ads were traditionally reserved for the final weeks of a campaign, when the vast majority of voters had settled on a candidate and there was less to lose by attacking rivals.

But the middle of summer has seen a barrage of aggressive ads, such as a Trump campaign TV ad painting Biden as a clueless puppet of the chaos-fomenting socialist left or a viral video ad from the progressive group Really American labeling the president’s law-and-order agenda as “Gestapo Trump.”

Ross Baker, a political science professor at Rutgers University in New Jersey, said he expects the intensity to escalate as Nov. 3 nears. 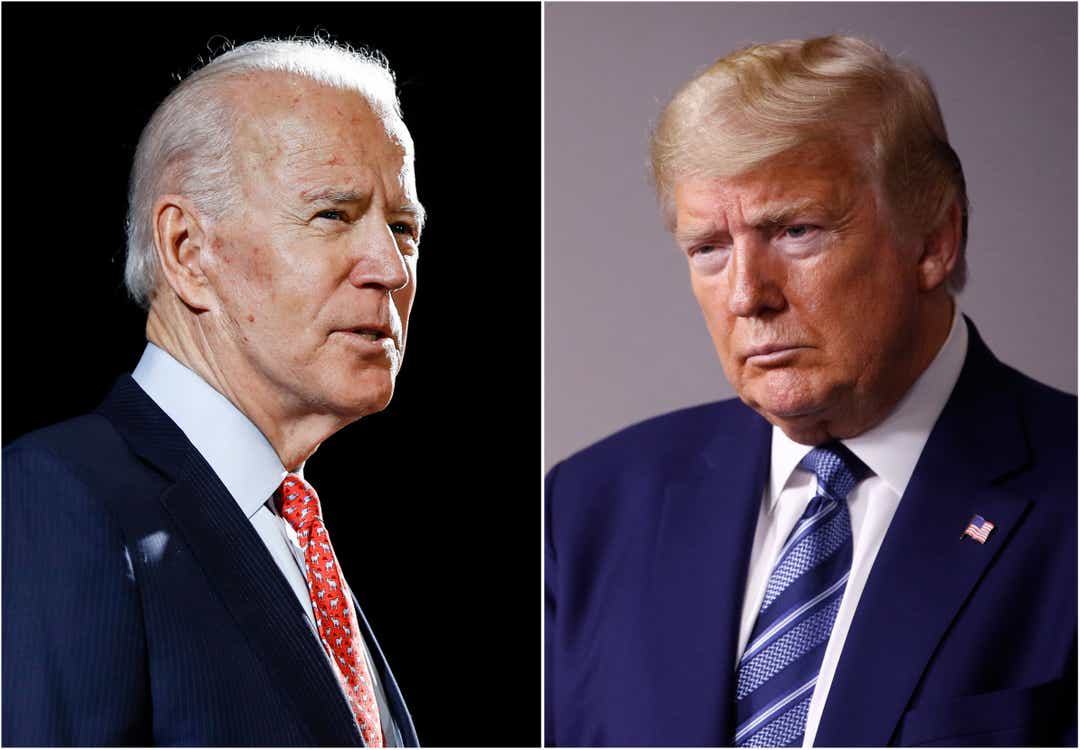 “It’s a little bit like the Second World War. Most of the casualties are in the last three months,” he said. “When the homeland is being invaded, people get pretty passionate in their defense (of) the attackers and very zealous in their onslaught.”

The Trump campaign has temporarily paused its ads, saying the recent change of campaign managers from Brad Parscale to Bill Stepien has led to a “fine-tuning” of strategy. A senior campaign official said they expect to be back on the air next week “even more forcefully.”

On Friday Trump tweeted about “a new ad campaign on Sleepy Joe Biden that will be out Monday.”

‘Throw some mud, hope that it lands’

So far, Trump has been the aggressor, reflecting his take-no-prisoners personality at a time when polls show him trailing Biden badly, experts say.

“This time around, we’ve got an incumbent who’s way behind,” he said. “The incumbent has to shake up the race, and perhaps the best opportunity to do that is try to disqualify the challenger, try to throw some mud, hope that it lands, hope that the media will pick up on that.”

More: Polls show Trump is losing to Joe Biden. They said the same thing 4 years ago against Hillary Clinton

Since he entered the presidential arena in 2015, Trump has embraced his persona as a bare-knuckle brawler. He attacks opponents – Republicans and Democrats alike – mocking them with insulting nicknames.

Trump’s campaign has been spending heavily to define Biden, the presumptive Democratic nominee who has made only limited campaign appearances due to social distancing guidelines.

Through June, the Trump campaign had aired more than 55,000 ads on television (on broadcast, national cable and national network stations) at an estimated cost of $52 million, according to the independent Wesleyan Media Project, which Ridout co-directs.

More than 90% of those spots had run since May 11, compared with only 3,103 ads the Biden campaign had aired at a cost of $3.2 million over the same period. But groups that oppose Trump or support Biden have picked up some of the slack.

Led by Priorities USA, a top pro-Democratic outside group, third-party groups supporting the former vice president have aired some 18,000 television spots, according to Wesleyan. Many vilify Trump for his handling of the coronavirus pandemic that has infected more than 4.5 million Americans, his response to nationwide protests against police brutality, and the help political allies have received from his administration.

The Trump campaign ads, both online and on TV, have taken direct aim at Biden on several fronts, charging that he would usher in an era of lawlessness, that he has been too friendly to China, and that the former vice president is showing his age.

Some make false claims such as the assertion that Biden supports defunding the police, a position he has expressly rejected.

More: Democrats haul in big buckets of money for Senate races as Trump’s woes spill over to GOP

While Biden’s ads include criticism of Trump and his competency to run the country, they largely have sought to re-introduce the longtime politician, who has been out of elected office since leaving the Obama White House in January 2017, to the American public.

It’s third-party groups, such as the Lincoln Project and Priorities USA, that have aired most of the attack ads against the president.

“Trump is the most corrupt president in U.S. history,” blared a recent Lincoln Project ad, while showing several advisers who have been convicted of felonies. “There’s only one way to end the Trump crime spree. Throw him and his crooks out of office.”

Another anti-Trump ad, co-sponsored by Priorities USA and Color of Change, that features confrontations between police and protesters was banned by Google for being too graphic, though Facebook did not censor it.

John Geer, who has written extensively on negative ads in presidential campaigns, expects the ad wars to increase in frequency and intensity – especially with the coronavirus pandemic limiting the candidates’ ability to reach voters in person and via rallies.

“And since Trump is not prepared to move to the middle and moderate any of his views, he’s just going to have to tear down Biden,” said Geer, dean of Vanderbilt University’s College of Arts and Science in Nashville, Tennessee. “That worked for him in ’16 but Biden as we all know is a different candidate from Hillary Clinton.”

Going after someone for their age or perceived cognitive failings used to be taboo. Questions about a decline in Ronald Reagan’s mental acuity were raised mostly in whispers during the 1984 campaign, not in attack ads.

Not for Trump, who relishes smashing norms, especially on his favorite medium, Twitter, where he can directly communicate with his 83.6 million followers – sometimes in harsher tones than the TV ads his campaign is running.

For example, the president’s June 28 tweet accuses Biden of being “a Low IQ person.”

Personal criticisms like that are traditionally leveled by independent groups not tied to a presidential campaign. But Trump has been much more explicit in attacking opponents on sensitive issues, Geer said.

“I don’t think Trump is using dog whistles as much as a fog horn,” he said.

Negative ads can be very effective if they magnify a common perception held against the candidate, Geer said. 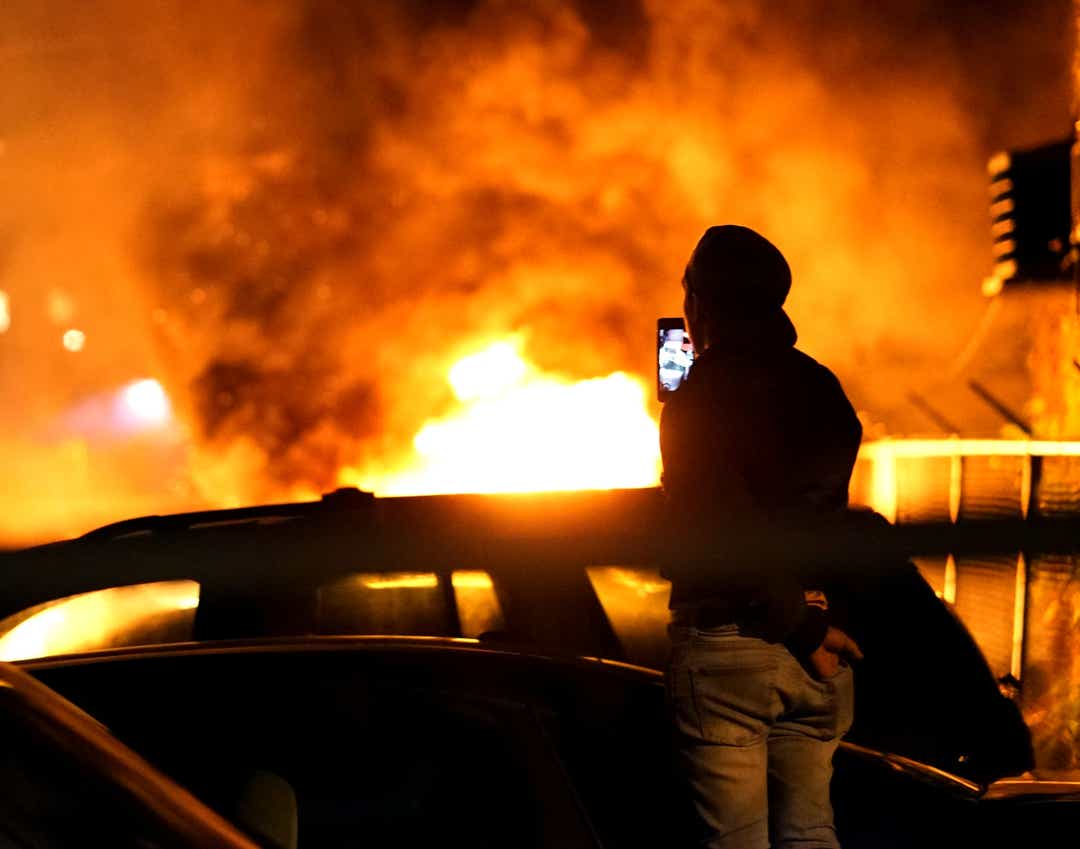 “They’re powerful when they have a vehicle to communicate in a clever way. But they have something that’s real,” he said.

“Did anybody ever attack Bill Clinton for being stupid?” he said. “No. Why? Because he’s not. But they attack him for questions tied to fidelity and integrity because there’s evidence about affairs.”

“For some, negativity is stimulating: ‘It made me angry, I’m going to get out there. I’m going to support my candidate’,” he said. “For others, it’s demobilizing in the sense we think ‘oh they’re all just a bunch of crooks throwing mud at each other. Why should I go out and vote?’ “