Volkan Bozkir, the incoming president of the United Nations General Assembly has praised Pakistan for quickly containing the coronavirus, saying the South Asian nation’s handling of the pandemic is a good example for the world, according to AP news agency.

The Turkish diplomat was recently elected as the president of the 75th session of the UN General Assembly.

Bozkir’s visit in Islamabad comes amid a steady decline in COVID-19 deaths and infections in Pakistan.

Pakistan on Monday reported 15 fatalities from coronavirus in the past 24 hours, raising its total COVID-19-related fatalities to 6,097. It has a total of more than 284,000 cases.

An elderly man has died of the coronavirus infection at a hospital in Hong Kong, pushing the semi-autonomous city’s fatalities to 56.

According to the South China Morning Post on Tuesday, the 79-year-old patient has been hospitalised since July 27. He had some medical pre-conditions before being infected with COVID-19.

As of Monday, Hong Kong has recorded at least 4,148 coronavirus infections. 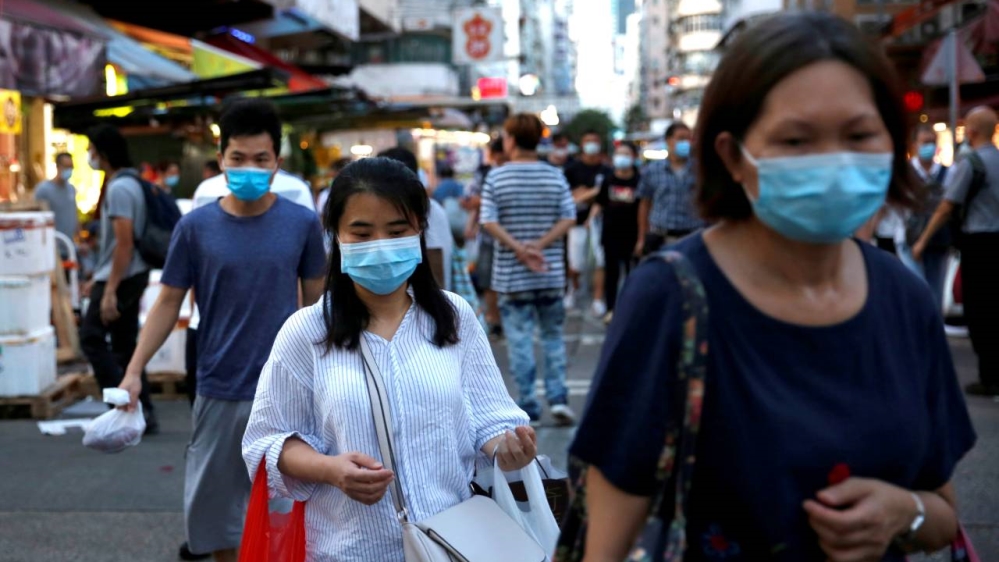 As of Monday, Hong Kong has recorded at least 4,148 coronavirus infections and 56 deaths [File: Tyrone Siu/Reuters]

Papua New Guinea Prime Minister James Marape is pressing ahead with plans to lift lockdown measures in the Pacific nation this week, even as a recent sharp spike in coronavirus infections worries health officials, according to Reuters news agency.

Marape said a two-week lockdown in the capital of Port Moresby would be lifted from Wednesday, despite the country’s reported cases of COVID-19 doubling over the past week.

“Whilst the spread is there, we have to adapt to living with COVID-19 this year, instead of taking on drastic measures,” Marape told a news conference on Monday.

PNG had a total of 214 cases and three deaths as of Sunday, the World Health Organization (WHO) reported, up from 104 cases and one death the previous week. More worryingly, WHO said it was likely the real infection numbers were much higher, given low rates of testing throughout the country.

The Village Palms retirement village in Christchurch advised of the lockdown in a letter to family members on Tuesday, the newspaper said. No further details were immediately available.

New Zealand, which has managed to largely contain the spread of the coronavirus, has gone more than 100 days without community transmission of COVID-19.

The Philippine government has sent a letter of protest to a Bangkok-based newspaper over a headline calling the country the “land of COVID-19”, after it recorded the highest numbe of coronavirus cases in the East Asia region.

In a report dated August 8, Thai Rath said that 165 Filipino teachers arrived in Bangkok from the “land of COVID-19”. Thousands of Filipino teachers work in Thailand to fill its shortage in the education field.

The Philippines has recorded 136,638 cases and almost 2,300 deaths as of the end of Monday. The number of cases tops the entire East Asia region and ranks 22 worldwide.

Greece has confirmed at least 126 new coronavirus infections, pushing the country’s total to 5,749 with at least 213 deaths.

According to the government, 17 of the new cases involved migrants in Lesbos, who arrived from Turkey.

Meanwhile, the country’s culture ministry announced that for the next two weeks, the Museum of the Ancient Agora in Athens will be closed for disinfection, after one of its workers was tested positive of the disease, also known as COVID-19.

South Korea’s new coronavirus cases bounced back to above 30 on Tuesday, as an uptick in church-traced infections shows no signs of letup, according to Yonhap news agency.

The country identified an additional 34 virus cases, including 23 domestic infections, raising the total caseload to 14,660, according to the Korea Centers for Disease Control and Prevention (KCDC).

There were no new reported fatalities for the second consecutive day, keeping the death toll at 305. 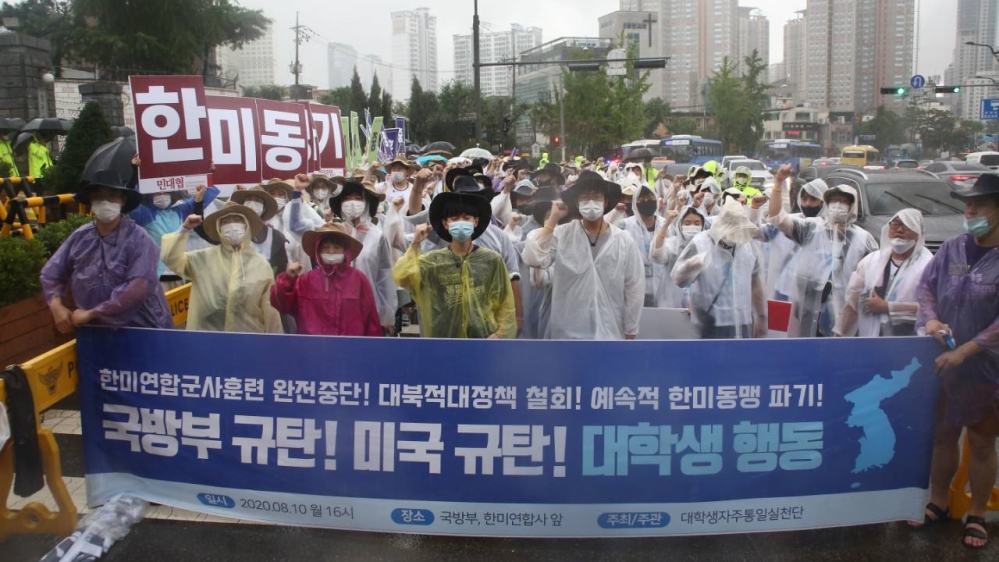 Amid continuing concerns about the spread of the coronavirus, South Korean students gather in capital Seoul on Monday to protest against the USA-South Korea alliance and joint military drills [Kim Chul-soo/EPA]

The US-listed drug company, Novavax Inc, said that its manufacturing capacity is sufficient to meet the US demand for COVID-19 vaccines in 2021, according to reports.

Executives of the company said that demand of vaccines could be as high as 500 million to 600 million doses.

Last week, Novavax said that its experimental COVID-19 vaccine produced high levels of antibodies against COVID, according to initial data from a small, early-stage clinical trial.

Novavax expects to be able to produce well over 2 billion doses of its vaccine annually overall, the executives told reporters.

The British government is laying off 6,000 coronavirus contact tracers and deploying the rest to work in local teams, in an acknowledgment that the centralised track-and-trace system is not working well enough, AP news agency reported.

The UK has been criticized for failing to keep track of infected people’s contacts early in the pandemic, a factor that contributed to the country’s high death toll of more than 46,500, the most in Europe.

The national test-and-trace programme said it was officially adopting that localised approach. Some 6,000 contact tracers will be laid off this month, and the remaining 12,000 will work with local public health authorities around the country.

At least 5,558 new coronavirus cases and 705 additional deaths have been reported in Mexico, bringing the total in the country to 485,836 cases and 53,003 deaths, according to Reuters news agency.

The country’s health ministy said the real number of infected people is likely significantly higher than the confirmed cases.

The administration of US President Donald Trump is considering a measure to block US citizens and permanent residents from returning home if they are suspected of being infected with the new coronavirus, according to the New York Times and Reuters News Agency.

The draft regulation would give the government authorisation to block individuals who could “reasonably” be believed to have contracted COVID-19 or other diseases.

Trump has instituted a series of sweeping immigration restrictions since the start of the coronavirus pandemic, suspending some legal immigration and allowing US border authorities to rapidly deport migrants caught at the border without standard legal processes.

Australia’s second-most populous state of Victoria on Tuesday reported 19 new deaths from the coronavirus in the last 24 hours and 331 new cases, according to Reuters News Agency.

The state reported 322 infections and 19 deaths, its biggest one-day rise in casualties, a day earlier.

For all the key developments from yesterday, August 10, go here.