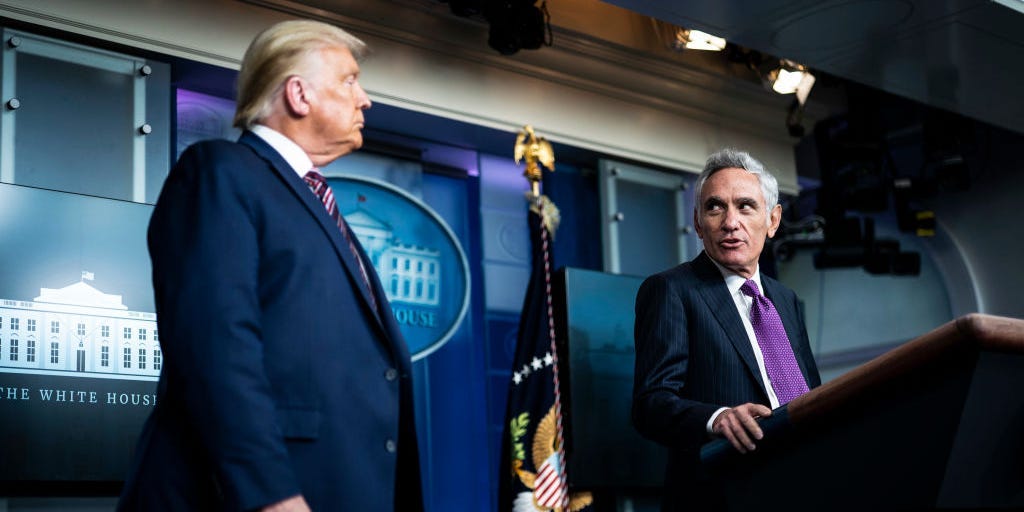 A new coronavirus adviser is pushing the White House to adopt a “herd immunity” strategy that would allow the disease to spread through most of the population to build resistance, five sources told The Washington Post on Monday.

Scott Atlas, a healthcare policy fellow at Stanford University’s conservative Hoover Institution think tank, joined the Trump administration earlier this month as a top pandemic adviser. His expertise is in neuroradiology, and he “does not have a background in infectious diseases or epidemiology,” The Post said.

The Post’s sources said Atlas had proposed that the US adopt Sweden’s pandemic response, which relies on keeping the economy open so healthy people can build immunity to the disease through the spread of infection.

At the onset of the outbreak, the Nordic country decided against imposing strict lockdown measures — a far different approach from its European neighbors. Instead, it advised people to behave responsibly and told vulnerable populations, such as older people, to self-isolate if they had symptoms. The Post noted that Sweden now has among the highest COVID-19 infection and death rates in the world.

The approach has received mixed responses. Many public-health experts have described it as a reckless strategy that could result in hundreds of thousands more deaths. Others are considering its feasibility as a long-term solution.

It’s unclear exactly how many people would need to become infected to achieve herd immunity; estimates have ranged from 20% to 70% of the population, according to The Post.

The Post reported that Atlas had also suggested that an increased case count would not lead to more deaths if vulnerable people were protected, a claim that most infectious-disease experts strongly dispute. More than 25,000 people under age 65 have died of the virus in the US so far, the report said.

Before joining the coronavirus task force, Atlas regularly advocated reopening schools and businesses. He frequently appeared on Fox News to share his opinions, many of which aligned with those expressed by President Donald Trump’s. Atlas now meets with Trump more than any other health official, The Post said.

“When younger, healthier people get the disease, they don’t have a problem with the disease,” Atlas said in a Fox News interview in July. “I’m not sure why that’s so difficult for everyone to acknowledge.”

Atlas has clashed with other officials, including Dr. Deborah Birx and Dr. Anthony Fauci, the US’s top infectious-disease expert. A senior administration official told The Post that Atlas had positioned himself as an “anti-Dr. Fauci.”

Shortly after The Post published its report on Monday, Atlas released a statement denying any push for a herd-immunity strategy. “There is no policy of the President or this administration of achieving herd immunity,” he said. “There never has been any such policy recommended to the President or to anyone else from me.”

A White House representative also said there was no change to its approach.