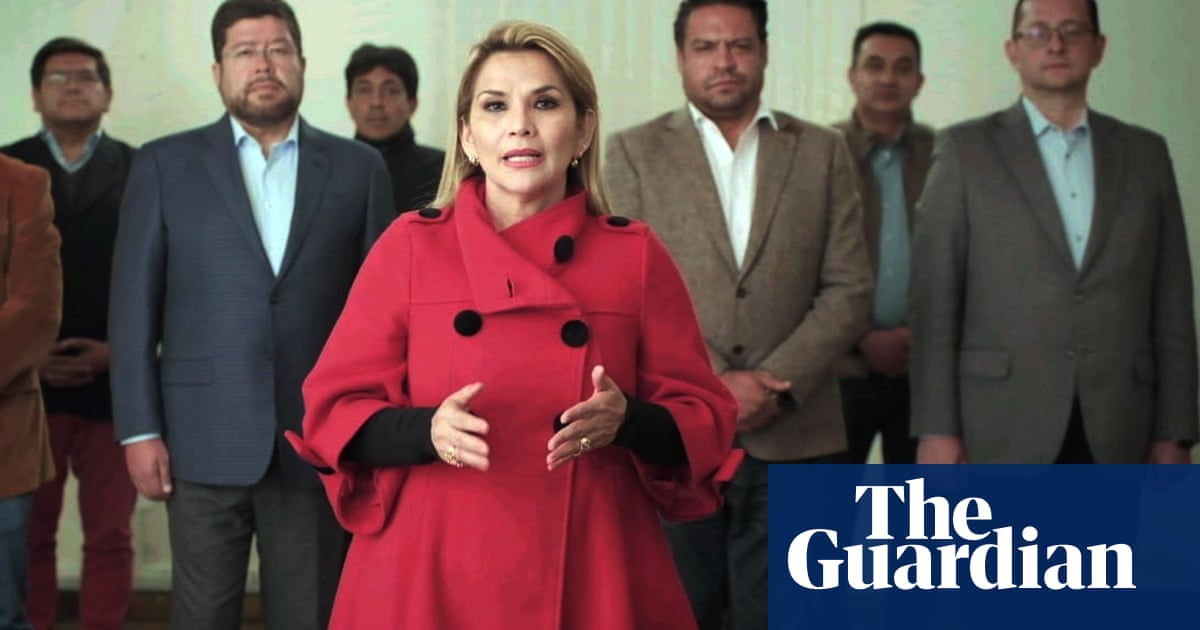 Bolivia’s conservative interim president, Jeanine Añez, has pulled out of next month’s general election, saying she wanted to avoid splitting the vote for other candidates running against the frontrunning socialist party of ex-leader Evo Morales.

In a video message late on Thursday, she sought to unify those opposing the candidate for the party of Morales, who resigned last year after an election sparked widespread protests. Añez, a former senator, took office in the power vacuum that followed Morales’ departure.

The 18 October vote is the delayed rerun of the 2019 ballot. Añez’s candidacy had sparked controversy after she initially ruled herself out and pledged to guide the country to transparent new elections. Socialist candidate Luís Arce of the MAS party leads in opinion polls, followed by centrist former president Carlos Mesa. Anez had been in fourth place.

“Today I put aside my candidacy for the presidency of Bolivia, for the sake of democracy,” Añez said, citing “the risk that the vote is divided among several candidates and that as a result of that division, the MAS would end up wining.“

By pulling out of the race, Anez could increase chances that the election will be pushed to a second round by consolidating the anti-Arce vote.

To avoid a second round, the election winner requires at least 40% of valid votes in the first round and a 10-point advantage over the closest competitor.

Arce has more than 40.3% support from likely voters, according to a recent poll, while Mesa was at 26.2%, conservative anti-Morales activist Luís Fernando Camacho at 14.4% and Anez at 10.6%.