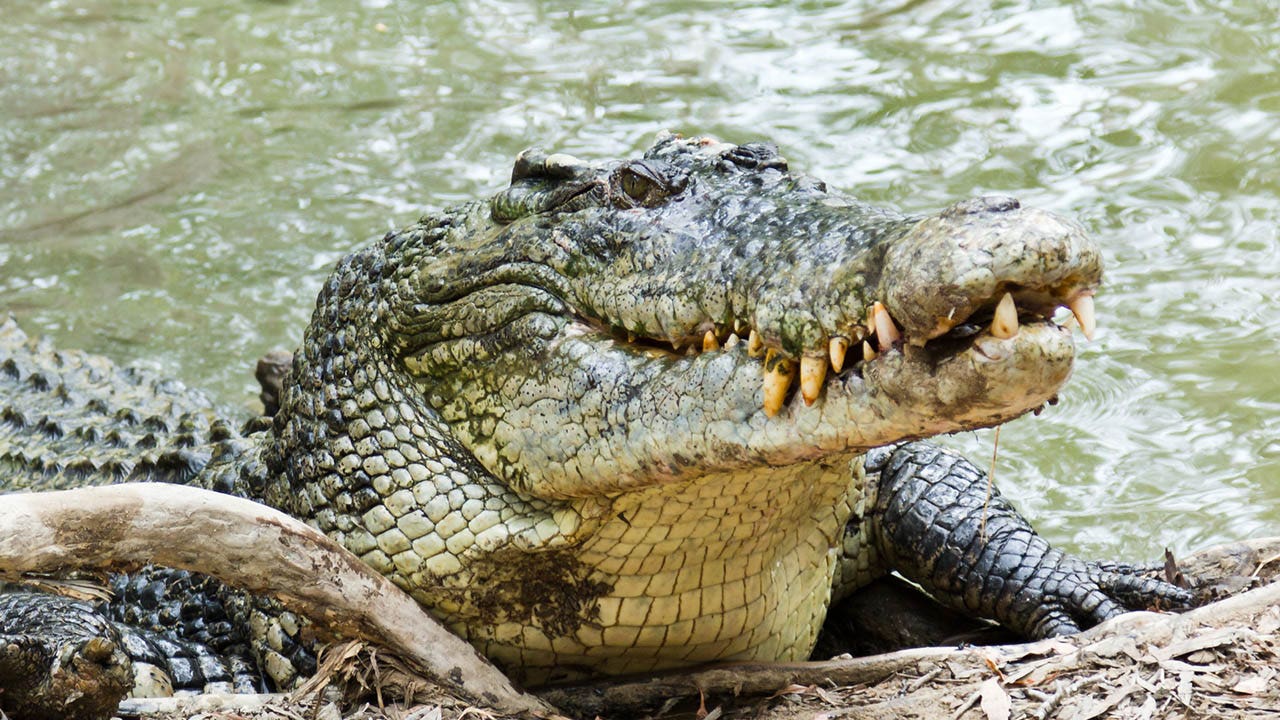 After a while, crocodile.

An outdoorsman in Australia has gone viral for casually shooing away a 13-foot crocodile affectionately known as “Bonecruncher” while trying to clear logs from a creek.

Matt Wright hosts the show “Outback Wrangler” on National Geographic, and shocked social media users this week after posting a minute-long clip of his recent interaction with the pesky saltwater croc.

“We’re just trying to get a few logs out of the water here, having a bit of a hard time, we’ve got a little friend that’s come and visited us,” Wright explained in an Instagram video that has since gone viral with over two million views on Twitter. In the footage, the croc followed him around as he waded through the water.

“Go away!” the professional crocodile hunter yelled as he walked over to pal Tommy, who was clearing logs with a pulley system as Bonecruncher swam behind.

“Give it up! Trying to get some work done,” Wright said.

“Get out! Go away!” he added, grabbing the crocodile by the snout and pushing it backwards below the surface. “Stay!”

“Sit!” Tommy echoed with a laugh in the background, as if the wild animal was a dog.

Without missing a beat, Wright casually continued to explain the pulley system and their work in the water, as Tommy petted a lingering Bonecruncher on the head, before also pushing the croc away.

“This is the most Australian thing I’ve watched,” one Instagram commenter declared.

“Talking to him like he’s a puppy,” another teased.

“Blimey, I will never moan about my job ever again,” one offered.

In a wild twist, Wright said he’s gotten to know Bonecruncher well from years of working in the crocodile-filled rivers of Australia’s Northern Territory, The Guardian reports.

The “Outback Wrangler” has described the creature as “vulnerable” after losing an eye and part of his jaw, but urged fans to not follow his example and get close to saltwater crocodiles for safety’s sake.

“Guys, understand this is not normal behavior for a salt water croc,” Wright stressed on Instagram. “I’ve been working with crocs for over 20 years now and working with bone cruncher for the last 7 years this is the first croc I’ve ever seen behave in this manner.”

“It’s great to see and be part of this relationship with a wild croc but remember that salt water croc is the most aggressive croc in the world and are the cause of many deaths.”