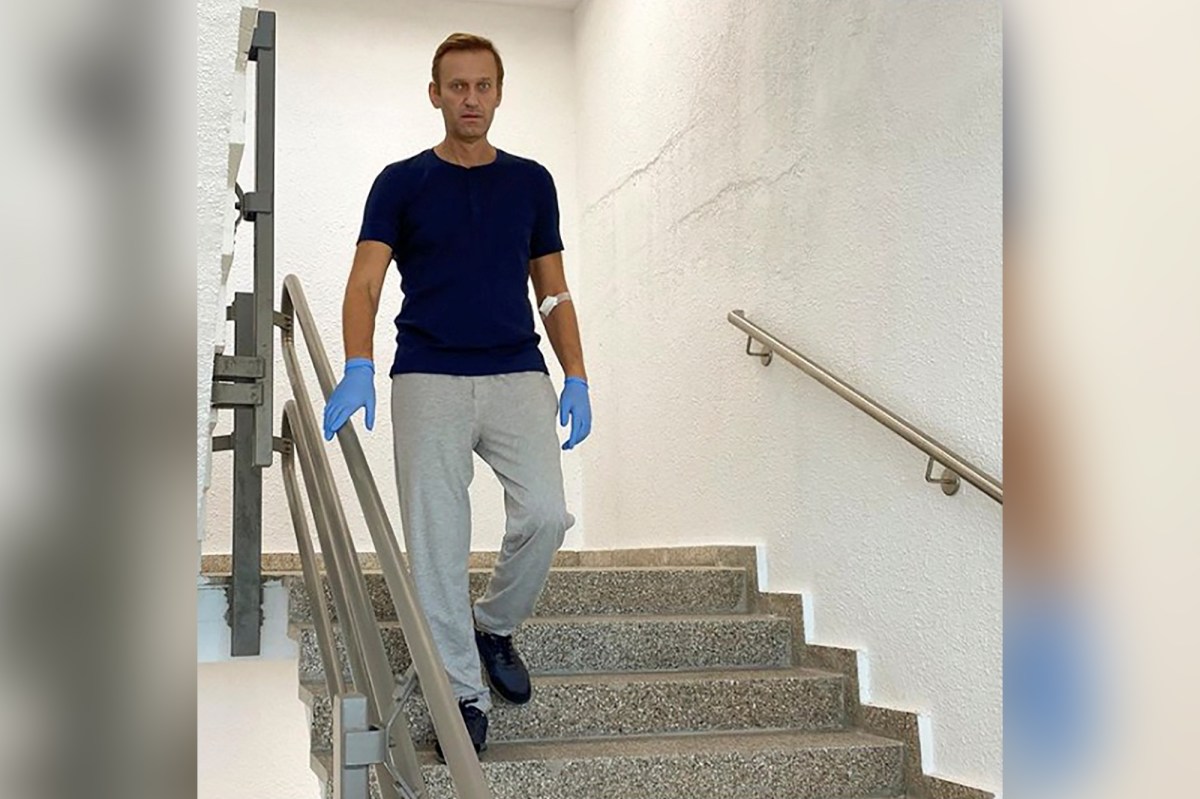 Russian opposition leader Alexei Navalny is recovering in a German hospital, posting a photo to Instagram showing him walking down the stairs.

“Let me tell how my recovery is going. It is already a clear path although a long one,” he told fans.

Navalny, a fierce critic of Russian President Vladimir Putin, collapsed on a flight from Siberia to Moscow last month. After being flown to Germany to receive medical treatment, doctors concluded he had been poisoned with Novichok, a nerve agent developed by Soviet scientists.

The same agent has been linked to poisonings of other Putin critics, like Sergei and Yulia Skripal in Salisbury, England, in March 2018.

Russia has consistently denied any involvement.

“There are many problems yet to be solved but amazing doctors from the Charite hospital have solved the main one,” an exuberant Navalny said. “They turned me from a ‘technically alive human being’ into someone who has high chances to become … a man who can quickly scroll Instagram and understands without thinking where to put his likes.”