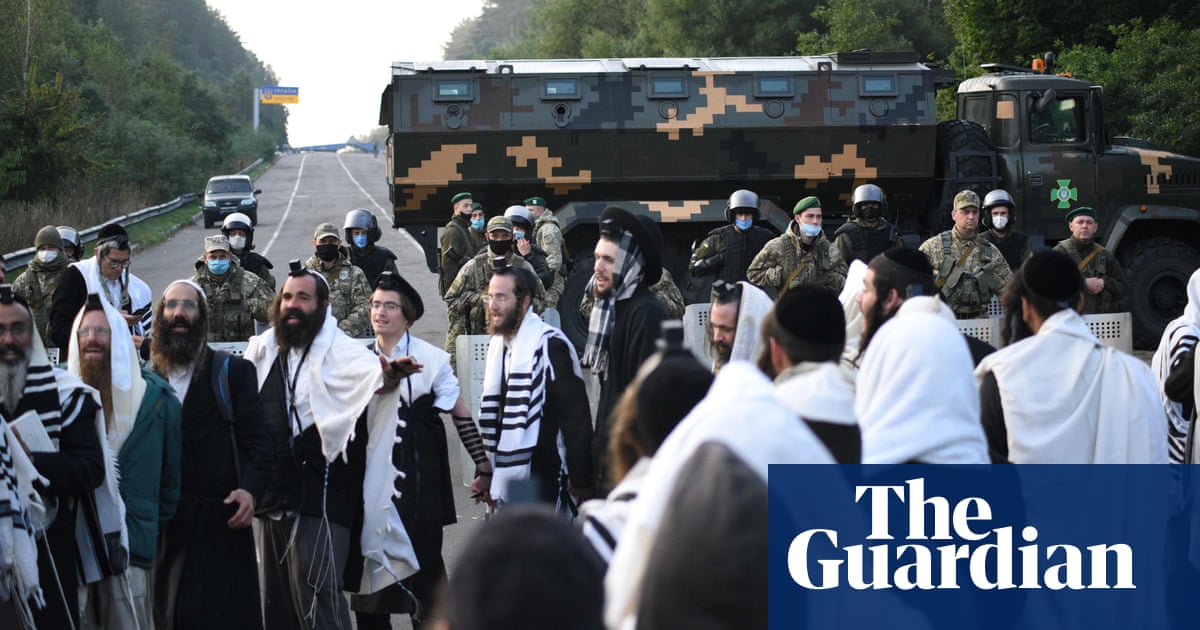 Two thousand ultra-Orthodox Jews are being blocked by armed guards from entering Ukraine for an annual pilgrimage to a rabbi’s grave, creating a makeshift camp at the country’s border with Belarus.

The men ignored warnings by the Ukrainian authorities not to travel after its borders closed at the end of last month in an attempt to stop the spread of Covid-19.

On Thursday, an official with Ukraine’s interior ministry official repeated that the pilgrims would not be allowed to cross the border. “Ukraine has shut its borders to foreigners, and no exclusions will be made for the Hasidic [ultra-Orthodox] pilgrims,” said Mykhailo Apostol. “It’s getting colder and we suggest that they … go home.”

The Israeli higher education minister, Ze’ev Elkin, appealed to the men to leave the border. “Despite many efforts made to help Israelis who tried to enter Ukraine through Belarus or Moldova, a negative final answer arrived this morning from the Ukrainian authorities. Ukrainians have announced that they will not allow entry through border crossings or any limited delegation. I call on our citizens to return to Israel and obey the isolation guidelines upon their return. Happy New Year,” he tweeted.

At one point, dozens of Hasidic pilgrims dressed in Ukrainian traditional Cossack costumes sang Ukraine’s national anthem and shouted “Glory to Ukraine!”, apparently in the hope of persuading the authorities to change their mind.

Ukraine has said there are about 2,000 people at the border. Their intention was to visit the grave of Rabbi Nachman, the great-grandson of the founder of the Hasidic movement, who died in 1810, in the city of Uman.

Thousands of the ultra-Orthodox Jews visit the grave each September for Rosh Hashanah, the Jewish new year, which starts at sunset on Friday and lasts 48 hours.

The pilgrims, from countries including France, the US and Israel, had attempted to bypass the Covid restrictions by traveling via Belarus. They are between border checkpoints after the Belarus side let them through.

On Wednesday, Ukrainian authorities accused Belarus of issuing misleading signals to the pilgrims by indicating they would eventually be allowed to cross the border. In turn, Belarusian officials accused Ukraine of inhumane treatment of the pilgrims, and offered to provide buses to drive the pilgrims to Uman and back to Belarus.

Tensions between the two countries have increased since Kiev called on Belarus to end its crackdown on mass protests against the regime. The Belarus president, Alexander Lukashenko, accused Kiev of stoking political unrest in his country.

Ukrainian authorities said water and kosher food was being supplied to the pilgrims but the Belarus Red Cross Society said the pilgrims did not have “enough resources to ensure their basic needs”.