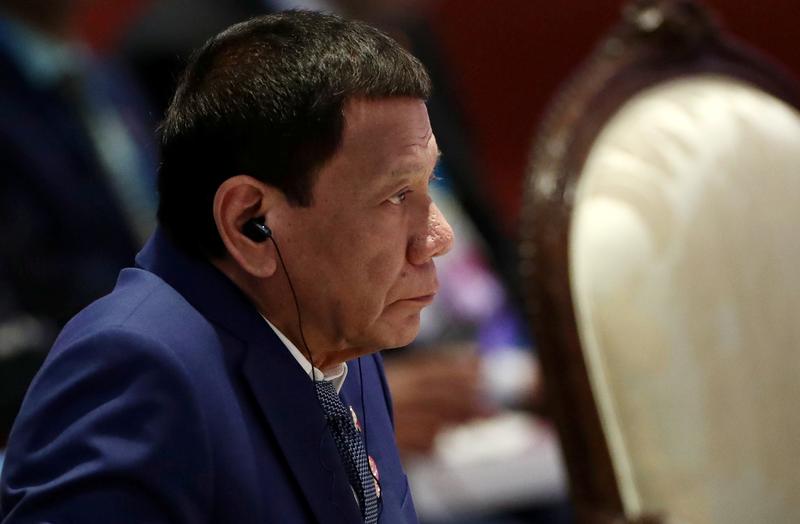 Health experts have warned that reducing gaps between passengers in trains, buses and jeepneys could result in a surge of infections in the Philippines, which has the most confirmed COVID-19 cases in Southeast Asia.

Duterte studied recommendations and decided to retain the 1 meter distancing requirement, including a ban on eating and speaking in public transport, presidential spokesman Harry Roque told state-run PTV4 network. Passengers still need to wear face shield and mask at all times, he added.

The transport ministry, which cut the distance to 75cm on Monday, 50cm on Sept. 28 and 30cm on Oct. 12 to accommodate more passengers returning to work as the economy gradually reopens, said it will comply with the president’s decision.

“We shall aggressively comply and strictly enforce the 1-metre physical distancing in all public transport as envisioned and mandated,” the transport ministry said in a statement on Saturday.

The World Health Organization recommends at least 1 meter of distancing to avoid the spread of the virus.

Experts and medical professionals have described as dangerous and premature a reduction in distancing requirement, warning it could prolong a first wave of infections that the Philippines has been battling since March.

The Philippines has nearly 280,000 infections, more than a third of which were reported in the past 30 days, and 4,830 deaths, the second most in Southeast Asia, next only to Indonesia.