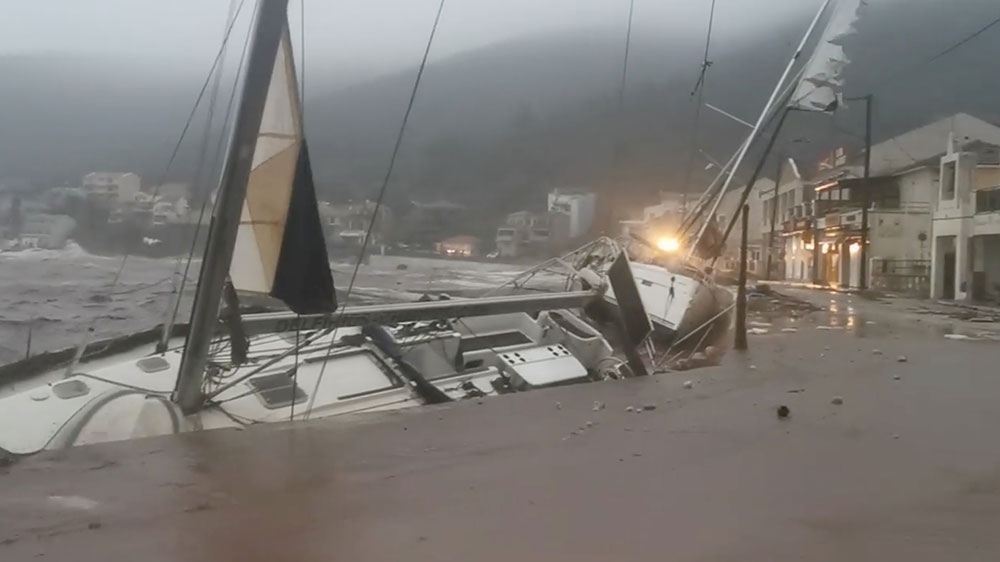 The Ionian Sea islands of Zakynthos, Kefalonia and Ithaca were all badly hit by Storm Ianos on Friday, as winds reaching 100 kilometres per hour (62 miles per hour) damaged buildings, uprooted trees, sank sailboats and left thousands along Greece’s western coast without power.

The rare storm – known as a “medicane”, a combination of Mediterranean and hurricane – then swept through central Greece, hitting mainly areas around the cities of Karditsa and Farsala.

The body of an elderly woman was found in a flooded house in a village near Farsala, fire brigade officials said. Authorities were searching for two more people who had been reported missing, police officials said. A fire brigade official later said a 63-year-old man was found dead near a hospital in Karditsa. It was not immediately clear whether he was among the two people reported missing.

Ianos is now expected to track southeast, bringing high winds and heavy rainfall, but is not forecast to directly affect Greece’s capital, Athens.

Authorities have warned residents to remain indoors and stay alert.

Medicanes have similar features to hurricanes and typhoons. They can form over cooler waters and usually move from west to east, whereas hurricanes move from east to west.

Warmer sea surface temperatures in the Mediterranean Sea can allow the storms to take on more tropical appearances and characteristics, increasing the wind speeds and making the storms more intense.

Storm Ianos could end up being one of the strongest medicanes on record.