Jeanine Anez, Bolivia’s right-wing interim president has said she will not run in the upcoming election next month, in a move that is expected to strengthen opposition against the party of the longtime former president, Evo Morales.

In a video message addressed to the nation late on Thursday, Anez, who took over as president in a power vacuum last year promising swift new elections, cited the need to unite in order to defeat Morales’s Movement for Socialism (MAS) party and to preserve democracy.

Morales, the country’s longest-serving president, was pressured to resign last November amid widespread protests over allegations he committed election fraud, charges that have since been disputed.

In her message, Anez did not endorse any of the remaining candidates running in the elections, scheduled for October 18.

By pulling out of the race, Anez could increase chances that the presidential contest would be pushed to a second round, complicating the MAS’s prospects, Raul Penaranda, a journalist and political analyst based in La Paz said

“Anez’s intention is to avoid the possibility of a MAS victory in the first round,” Penaranda said, “and if the MAS heads to a second round, it becomes very likely that they will lose, because the entire opposition, some 60 percent of the electorate will de facto unite against them.”

To avoid a runoff in Bolivia’s elections, a candidate would need to secure at least 40 percent of the votes in the first round, and have a 10-point advantage over the closest competitor. 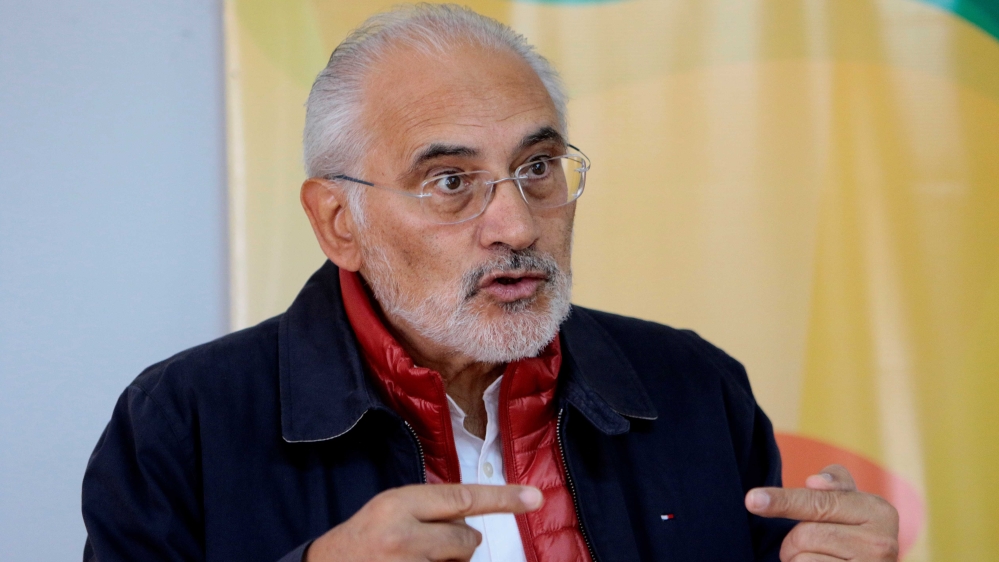 Experts believe Anez’s withdrawal is likely to favour Mesa, a centrist who welcomed her announcement. “I value the decision made by President Anez as a contribution to democracy,” Mesa said in a Tweet, “we are always ready for dialogue.”

But in a surprising move, Camacho tweeted scathing criticisms of Anez calling her candidacy “artificial” and blasted her move as akin to “defeat”.

Anez’s administration has been dogged with allegations of corruption and accusations of human rights violations against political opponents.

Earlier in September, a Human Rights Watch report found that members of Anez’s administration had used their positions in power to clamp down on MAS supporters, and had, without evidence, charged Morales with terrorism for political gain.

She has been criticised for her handling of the coronavirus pandemic – a disease which has killed at least 7,511 people in Bolivia. 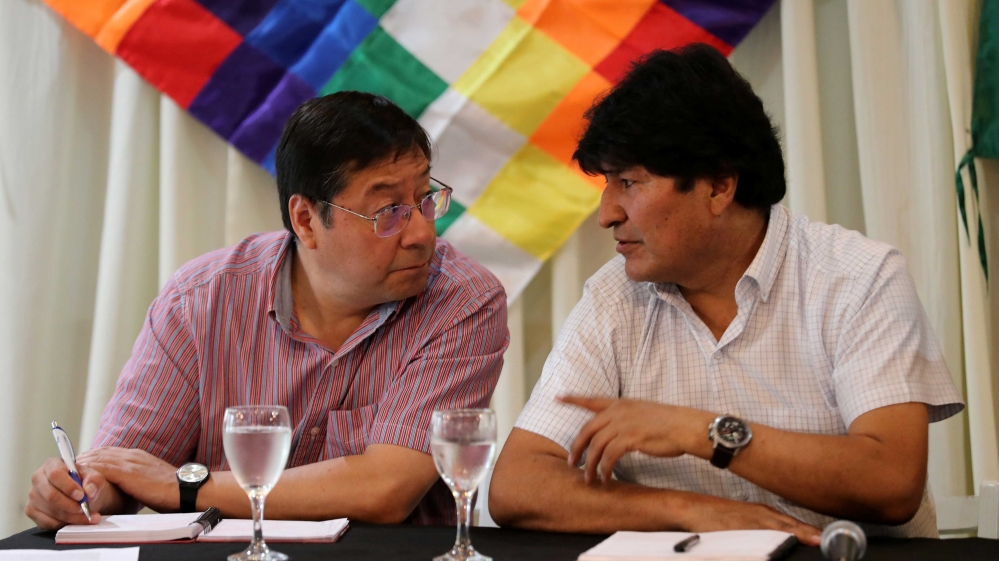 Evo Morales speaking to the presidential candidate for the Movement to Socialism party (MAS) Luis Arce during a meeting of their party, in Buenos Aires, Argentina [File: Agustin Marcarian/Reuters]

Morales, who was in office for 13 years, saw his support dwindle among voters when he insisted on running for a controversial fourth term in office in 2019. His time in office was overshadowed by allegations of mismanagement, corruption and violations against political rivals.

His party, however, remains the largest and most popular in Bolivia, and Morales from exile in Argentina, continues to command authority and loyalty among his loyal base of supporters.

Jim Shultz, a public advocacy activist and author of the book, My other country, nineteen years in Bolivia, said Anez’s resignation is a positive development for a country that has for months been marred by political instability and unrest.

But despite the MAS’s lead in the polls, he said, it is far from certain the party could come out on top in the highly polarised country.

“The only way that the MAS could win is if they can turn a base of support of about 40 percent into a victory,” Shultz told Al Jazeera. “And for people who are not part of the MAS base of support, they don’t want them at all.”

“The MAS have to convince a whole lot of people who do not like Morales, that they’re going to be different,” he added. “But that’s not what they’re doing.”