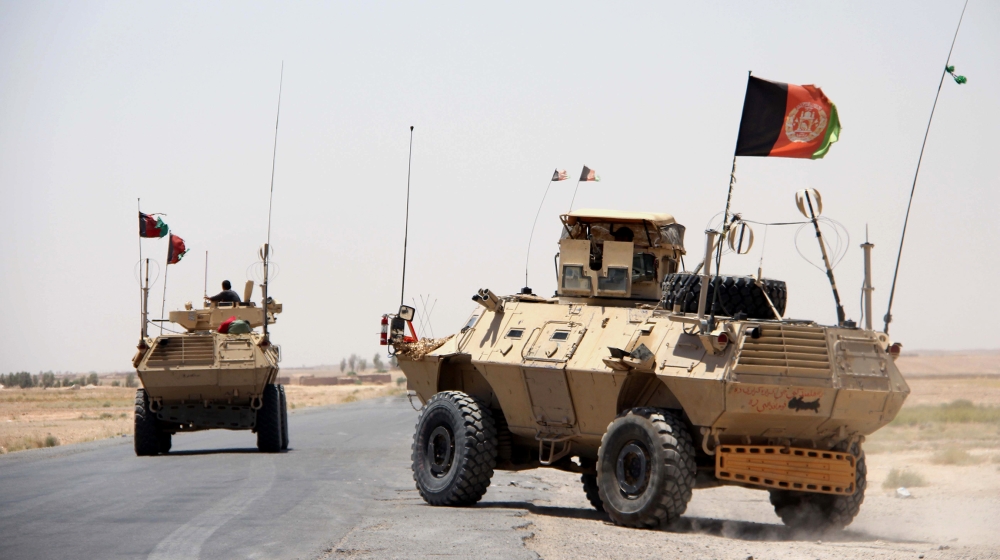 A local official in northeastern Afghanistan has said at least 11 civilians were killed in twin air raids that the government said targeted Taliban fighters.

“The first strike hit the Taliban base but the second one caused civilian casualties as they had gathered at the bombed site,” Fatima Aziz, a member of parliament who represents Kunduz province, was quoted as saying by Reuters news agency on Saturday.

She said 11 civilians were killed and five people were missing in the Khanabad district.

On Sunday, The Associated Press news agency quoted two witnesses as saying that the civilian death toll stood at 24 and included children. Six other civilians were also reported wounded in the attack, which came as the warring sides hold peace talks.

Villagers said an initial air attack targeted a house belonging to a Taliban fighter, whose home doubled as a check post that stops and frisks people to ensure they are not connected to the government. The explosion set fire to a nearby home, trapping a family inside, said witness Latif Rahmani.

Speaking to the AP by phone, Rahmani said farmers and villagers ran to douse the fire and rescue trapped family members inside when a second airstrike hit, killing many of them.

Rahmani, who said he was working on his house at the time of the first air raid, warned his neighbours against running towards the burning buildings for fear of a second airstrike.

“I yelled at people and told them not to go because maybe there would be another bombing, but they ran to help and to put out the fire,” Rahmani said.

A second witness in the area, Kalamuddin, who like many Afghans uses just one name, said the lone Taliban fighter living in the house that was initially hit had been killed.

The Taliban issued a statement on Saturday accusing Afghan forces of killing at least 40 civilians in the air raids. The armed group did not comment on casualties among its fighters in the incident,

Meanwhile, yhe defense ministry in Kabul said the air attacks killed 30 Taliban fighters, but added an investigation was being held into claims that civilians were among those killed. It did not confirm any civilian casualties.

“This morning, Taliban fighters attacked [Afghan army] positions in … Khan Abad district in Kunduz province,” the ministry said in a statement on Twitter.

The military “intercepted the attack in accordance with ‘active defence’ procedures”, it added, noting the dead included two commanders.

The attack came shortly before President Ashraf Ghani again called for a humanitarian ceasefire “to protect our people, prevent violence and terrorist incidents and to achieve a dignified and lasting peace”.

The Taliban has so far ignored such requests, though it has unilaterally called two short, separate truces this year in the run-up to peace talks.

Fighting between Afghan forces and the Taliban has continued even as representatives of the government and the armed group gathered in Qatar’s capital, Doha, last week for historic peace talks aimed at Afghanistan’s long-running conflict.

The negotiations are a result of a deal between the Taliban and the United States signed in February, which also paved the way for the withdrawal of all foreign forces by May 2021.