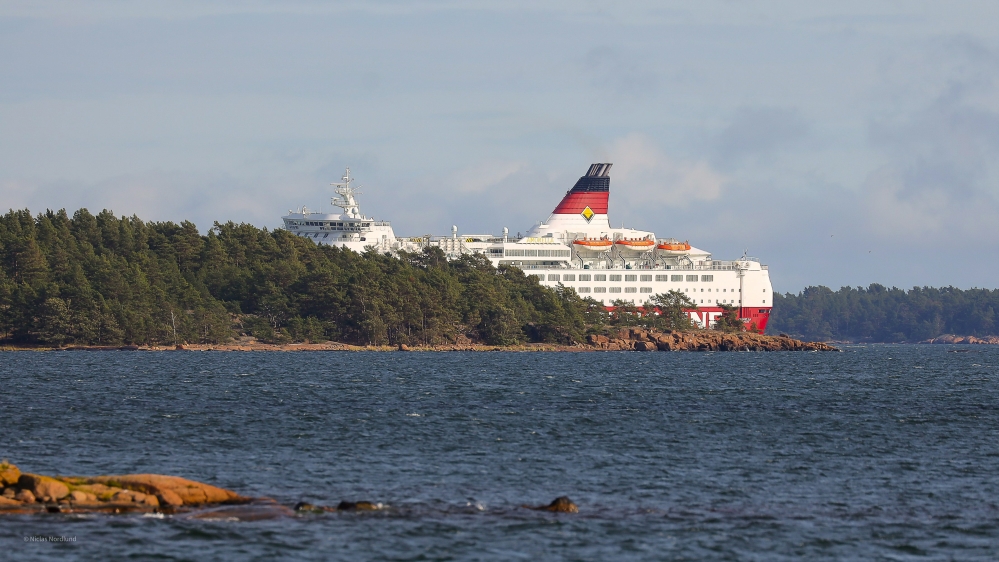 A Finnish passenger cruise ship ran aground off the island of Aland in the Baltic Sea with emergency services saying they were preparing to evacuate nearly 300 people on the vessel.

The ship was headed towards Stockholm from Turku in Finland and ran aground about 12:50am local time on Sunday (21:50 GMT, Saturday) outside the city of Mariehamn on the autonomous Finnish island of Aland near the Swedish coast.

“There are no personal injuries and no one’s life is in danger, and the situation aboard is stable,” Eleonora Hansi, the head of information for Viking Line Scandinavia, told AFP news agency.

The ship, Amorella, is 169 metres (555 feet) long and does daily trips between Stockholm and Turku.

Normally it carries between 1,800 and 2,000 passengers, but because of the pandemic the number was heavily reduced, Hansi said.

“There are about 200 passengers and about 80 crew members on board,” Hansi said.

Local media reported passengers had gathered on deck and were wearing life jackets.

The Amorella also ran aground in the same area in 2013, according to Finnish and Swedish media reports.

Images on social media showed the large cruise liner stuck just off a wooded islet among the picturesque Aland Islands, an autonomous region of Finland 70km (40 miles) from Sweden.

“Amorella stands firmly on the bottom. The 281 people on board are in not in immediate danger but the captain has decided that all extra people be evacuated from the ship,” the West Finland Coast Guard said.