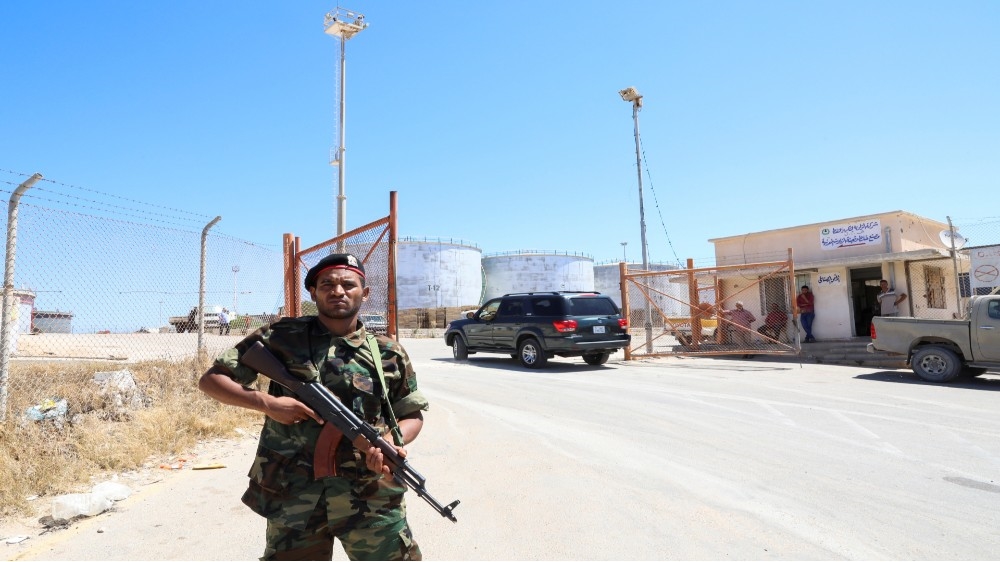 Libya’s National Oil Corporation (NOC) has lifted a force majeure on what it deemed secure oil ports and facilities, but said the measure would remain in place for facilities where fighters remain.

On Friday, eastern-based Libyan commander Khalifa Haftar said his forces would lift their eight-month blockade of oil exports, but did not say if they would leave the facilities they control.

Haftar’s self-styled Libyan National Army (LNA) and allied forces, including mercenaries from Russia’s Wagner Group, hold some of Libya’s largest oil fields and export ports, and the NOC had already rejected any return to operations until they left the facilities, citing the safety of its staff.

“Force majeure continues in oil fields and ports where the presence of fighters from Wagner and other armed groups that obstruct the activities and operations of NOC is confirmed,” the oil company said in a statement posted on its Facebook page on Saturday.

Force majeure refers to unexpected external circumstances that prevent a party to a contract, in this case the NOC, from meeting its obligations.

Libya and its institutions are divided between the internationally recognised Government of National Accord (GNA) in Tripoli and Haftar’s LNA.

The country’s oil revenues are managed by the NOC and the central bank, both based in Tripoli.

The eastern forces’ blockade of oil exports has cost $9bn in lost revenue for Libya so far this year, the central bank said this week, and has exacerbated electricity and fuel shortages in the country.

On Friday, Haftar said the command of his forces had “put aside all military and political considerations” to respond to the “deterioration of living conditions” in Libya, which has Africa’s largest oil reserves.

The announcement comes after hundreds of Libyans protested last week in the eastern city of Benghazi, one of Haftar’s strongholds, and other cities over corruption, power cuts and shortages in petrol and cash.

Haftar’s statement lifting the blockade was made in coordination with the GNA’s Deputy Prime Minister Ahmed Maetig.

According to an official at his office, Prime Minister Fayez al-Sarraj opposed the final deal. “The prime minister did not give his approval to the final version of the deal,” the official told The Associated Press, speaking on condition of anonymity.

Haftar – who has the backing of Egypt, the United Arab Emirates and Russia – launched an offensive against Tripoli in April of last year.

After 14 months of fierce fighting, pro-GNA forces backed by Turkey expelled his troops from much of western Libya and pushed them to Sirte, the gateway to Libya’s rich oilfields and export terminals.