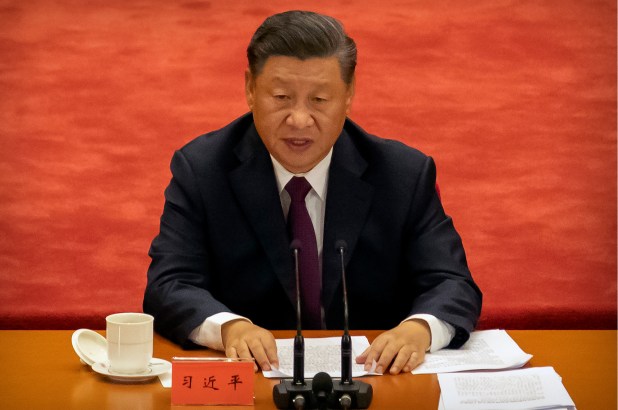 The coronavirus pandemic might have been prevented if not for Chinese cover-ups in the early days of the outbreak and the World Health Organization “parroting” Beijing propaganda, according to a damning audit from the House Foreign Affairs Committee.

The 96-page report — obtained by The Post ahead of its planned Monday release — says the Chinese Communist Party destroyed evidence and buried troubling data, while nationalizing the supply chains and limiting exports of US companies 3M and General Motors, keeping key goods in the country.

“It is beyond doubt that the CCP actively engaged in a cover-up designed to obfuscate data, hide relevant public health information, and suppress doctors and journalists who attempted to warn the world,” reads the report, authored by Republican members of the Democrat-held committee.

Had China been more transparent and proactive when the first signs of the burgeoning health crisis emerged in Wuhan in late 2019, the outbreak could have been largely contained — potentially saving hundreds of thousands of lives worldwide, the pols wrote.

“Research shows the CCP could have reduced the number of cases in China by up to 95 percent had it fulfilled its obligations under international law and responded to the outbreak in a manner consistent with best practices,” the report said, citing a study on Medrxiv, a Yale University-linked online clearinghouse for medical manuscripts.

“It is highly likely the ongoing pandemic could have been prevented,” the report said.

Instead, on Jan. 1, CCP officials ordered that the Wuhan wet market from which the contagion is believed to have sprung “be closed and sanitized, destroying forensic evidence that may have provided insight into the origins of the outbreak,” the report said.

On Jan. 2, scientists at the Wuhan Institute of Virology completed a full genetic sequence of COVID-19 which indicated that it was likely highly contagious, but did not immediately share that data with the WHO.

Allegedly aiding and abetting the breakdown was the WHO itself and its director-general, Tedros Adhanom, according to the lawmakers, who called for Tedros’ resignation.

“The WHO has been complicit in the spread and normalization of CCP propaganda and disinformation,” they wrote. “Director-General Tedros should accept responsibility for his detrimental impact on the COVID-19 response and resign.”

While China tried to sweep the crisis under the rug and was derelict in its duties to inform the international health community — as required under International Health Regulations since the nation similarly erred during the 2002 SARS outbreak — the WHO hardly helped once it got involved, the report says.

Officials at the United Nations agency only publicly acknowledged the outbreak in a pair of tweets on Jan. 4 — five days after they learned of it through a Chinese media report uploaded onto a US-based website for inside medical news.

The WHO also ignored whistle-blowing warnings from the Taiwan Centers of Disease Control and the Hong Kong government about human-to-human transmission, incorrectly claiming for weeks that Chinese authorities had found “no evidence” of this — even though China by then knew it was genetically similar to the 2002 SARS strain, which was communicable, the report charges.

“From the early stages of the outbreak, the WHO, under Director-General Tedros’ leadership, parroted and upheld as inviolable truth, statements from the CCP,” the report said. “An examination of their public statements, including the praise heaped on the CCP’s handling of the pandemic, reveal a disturbing willingness to ignore science and alternative credible sources.”

On Jan. 20, WHO investigators finally toured Wuhan, as sweeping quarantine orders were being put into place.

US officials, meanwhile, weren’t part of a February tour to assess China’s response, an omission for which there are conflicting explanations.

The WHO claims American experts were content with allowing other monitors to conduct the review, but the US Department of Health and Human Services told lawmakers that Americans were left out of the selection process, according to the report.

Despite mounting evidence that they and the international community had been misled, Tedros on Jan. 28 praised China on its “transparency.”

He declared a public health emergency two days later, by which point there were nearly 10,000 diagnosed cases spanning 19 countries — among them China and the US.

Internal documents showed that WHO officials were privately frustrated by the CCP’s refusal to hand over data on patients and cases, even as Tedros publicly praised them.

“We’re going on very minimal information,” said Maria Van Kerkhove, the WHO’s technical lead for COVID-19 in one internal meeting, according to the report. “It’s clearly not enough for you to do proper planning.”

The international community has condemned China’s handling of the early days of the outbreak, spurring calls for an independent investigation.