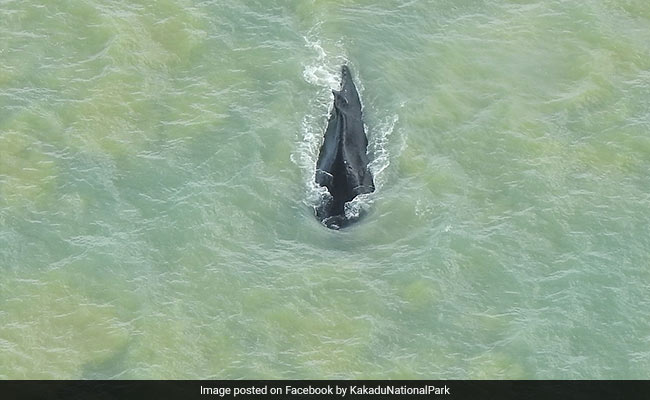 A lost humpback whale in Australia has returned to sea.

A humpback whale that took a wrong turn and entered a crocodile-infested river in Australia has managed to return to sea. Authorities say that it had been stranded there for over two weeks.

According to CNN, it all began when three humpback whales entered the East Alligator River in Kakadu National Park. Located in Australia’s Northern Territory, the river is home to a large number of saltwater crocodiles.

While two whales managed to return to their sea migration, one remained in the river, leading to concerns that it could get stuck in shallow waters or get hit by a boat. Officials monitored the whale closely after it was spotted by people on boats, reports BBC. Given its massive size, they considered it was unlikely that the crocodiles would disturb it – unless it got stranded in shallow waters.

“The last thing we want is a collision between a boat and whale in waters where crocodiles are prevalent and visibility underwater is zero. We also don’t want boats to inadvertently force the whale further up the river,” Parks Australia said in a statement last week.

Luckily, things did not come to that.

Over the weekend, the humpback whale returned to sea. “A humpback whale lost in the waters of Kakadu’s East Alligator River has safely left the park to hopefully continue its migration to Antarctica,” Kakadu National Park said on Facebook. The national park further revealed that the whale made its way out to sea on the high tides after spending 17 days in the river system.

The news of the whale’s safe escape has delighted hundreds of social media users who were following its journey.