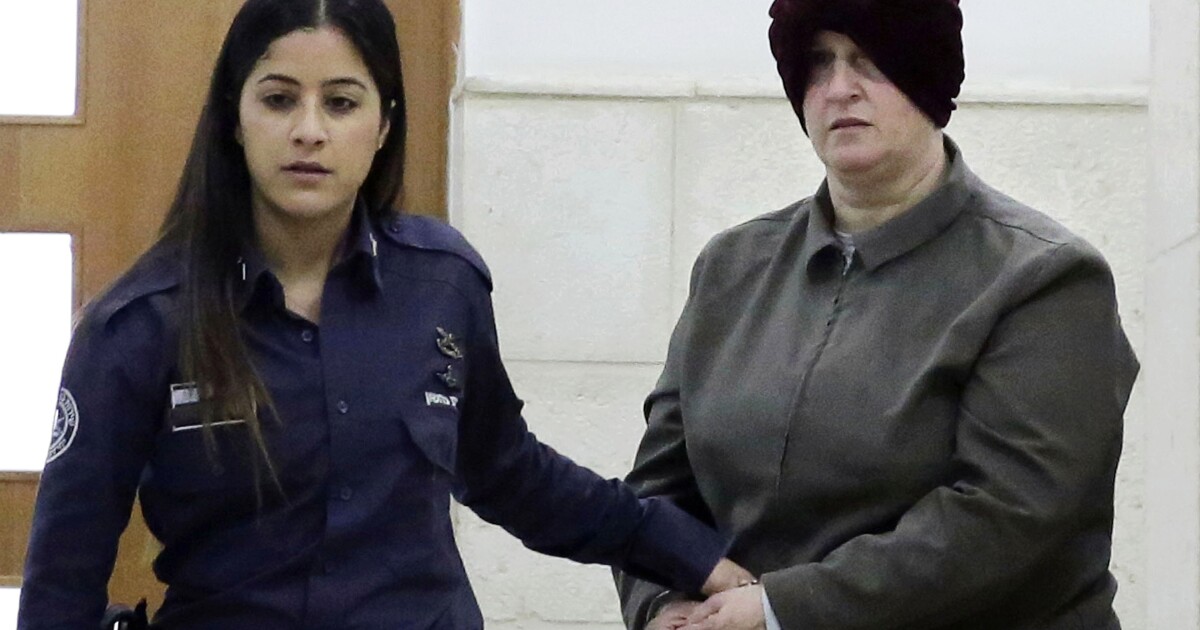 An Israeli court Monday approved the extradition of a former teacher wanted in Australia on charges of child sex abuse, potentially paving the way for her to stand trial after a six-year legal battle.

Malka Leifer, a former educator who is accused of sexually abusing several former students, has been fighting extradition from Israel since 2014. Leifer maintains her innocence, and the battle surrounding her extradition has strained relations between Israel and Australia.

Earlier this month, Israel’s Supreme Court rejected an appeal by Leifer’s attorney over a Jerusalem court’s ruling that she was mentally fit to stand trial, saying it was “putting an end to the saga that has been drawn out for many years.”

On Monday, the Jerusalem District Court ruled that Leifer could be extradited to Australia to stand trial on 74 charges of child sex abuse. The formal extradition now requires an order by Israel’s justice minister.

Leifer’s attorneys said they would appeal an extradition order to Israel’s Supreme Court, saying it would be a “political decision.”

“For those who think that this chapter is now closed, I’m sorry, the process will still last quite a few months more,” said Nick Kaufman, one of Leifer’s lawyers.

Critics, including Leifer’s alleged victims, have accused Israeli authorities of dragging out the case for far too long. State prosecutor Avital Ribner Oron said that Leifer had made “every effort to avoid and delay the extradition proceedings” but that “today the court put an end to those efforts and declared her extraditable to Australia.”

The ruling “was an important decision for the rule of law, for international cooperation and, most importantly, to the victims of Malka Leifer’s crimes,” Oron said.

Earlier this year, an Israeli psychiatric panel determined that Leifer had lied about suffering a mental condition that made her unfit to stand trial. As a result of the findings, Israel’s Justice Ministry said it would move to expedite her extradition.

Three sisters — Dassi Erlich, Nicole Meyer and Elly Sapper — have accused Leifer of abusing them while they were students at an ultra-Orthodox school in Melbourne, Australia. There are said to be other alleged victims.

“There’s just so many emotions flooding through us now, like relief, excitement. We can’t believe we finally got here,” Meyer added.

“Justice has taken far too long. But finally, justice has won the day,” Burn said. “And while we await further appeals, we call on the Israeli judicial system to deal with them as quickly as possible and for the justice minister to give the extradition the final signoff without any further delays.”

Get breaking news, investigations, analysis and more signature journalism from the Los Angeles Times in your inbox.

You may occasionally receive promotional content from the Los Angeles Times.

As accusations surfaced in 2008, Israeli-born Leifer left the school in Melbourne and returned to Israel, where she has lived since.

Manny Waks, the head of Kol v’Oz, a Jewish group that combats child sex abuse and that has been representing the three sisters, said Monday’s ruling marked “a great day for justice.”

“It is a day which at times seemed like it would never arrive, but we are thrilled that it is finally here,” Waks said. “It has taken 71 court hearings to get to this point. It has been Israel’s shame.”