Replacing fish with other types of ocean creatures such as jellyfish on takeaway menus could help save threatened species, according to a team of scientists.

Conservationists from the University of Queensland found that 92 endangered and 11 critically endangered species of sea creatures end up in meals worldwide.

Fishing for creatures that are threatened with extinction is legal in most of the world, the team said, adding that Europe and the USA are the biggest importers.

The team have called for tougher rules on seafood labelling as currently the label on cooked seafood doesn’t have to match the species.

Seafood items like ‘fish’ or ‘flake’ found on a menu – or products battered and filleted in a chip shop – could be from an endangered creature.

They have created a ‘sustainable seafood guide’ designed to offer alternative edible options to endangered fish – such as the jellyfish which is common worldwide. 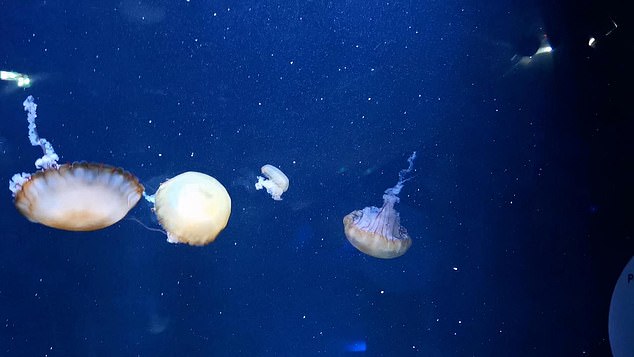 Replacing fish with other types of ocean creatures such as jellyfish (pictured) on takeaway menus could help save threatened species, according to a team of scientists 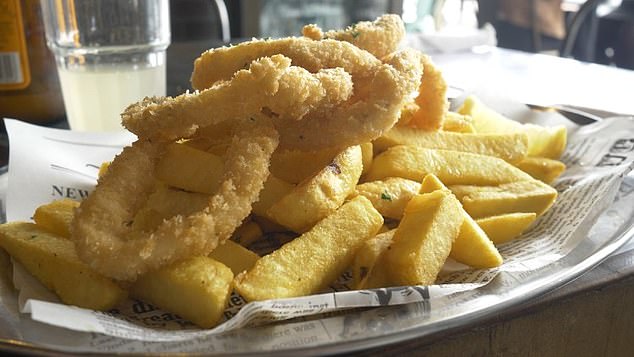 The guide ranks seafood options as a better choice, eat it less or just say no. Under the better choices are foods like the abalone, blue mussel and mud crab.

TO EAT OR NOT TO EAT: CONSIDER THE LOCATION, FISHING METHOD AND SPECIES

Researchers recommend checking the location and capture method of a fish.

It does vary by the location the creature is caught – for example an octopus caught in New South Wales is marked as ‘say no’ but one from Tasmania is a ‘better choice’.

How they are caught also makes a difference. In some areas and for some species the farmed variety is more sustainable, for others it is the wild caught versions.

On the other side of the menu, the study authors recommend people avoid Albocore tuna, farmed Atlantic salmon and ocean perch.

The aim of the guide is to protect species in decline in certain areas by encouraging people to either pick an alternative or buy from a different region.

This should be used alongside tougher regulations on labelling and importation, according to the team behind the study.

UK regulations only need fresh, chilled, and live fish to be labelled with its scientific and commercial name, but cooked fish can slip through the net.

Doctoral student Leslie Roberson and the Australia made the startling finding that endangered species were ending up battered and fried.

The seafood industry is tough to manage when it comes to conservation as it involved multiple global supply chains in international waters.

It also doesn’t have a global governing body, according to Robertson, who said you could have a fishing boat in Australian waters, owned by a Chinese firm, crewed by fishermen from the Philippines.

The globally process goes beyond just the actual fishing – one part of the fish might get processed in China, and the other can go to Europe.

‘We don’t know what we’re eating, it’s really hard to trace seafood back to its origin and species because the industry is such a mess,’ Robertson said.

Klein’s work focuses on improving sustainability in Australia but says it could have national significance. 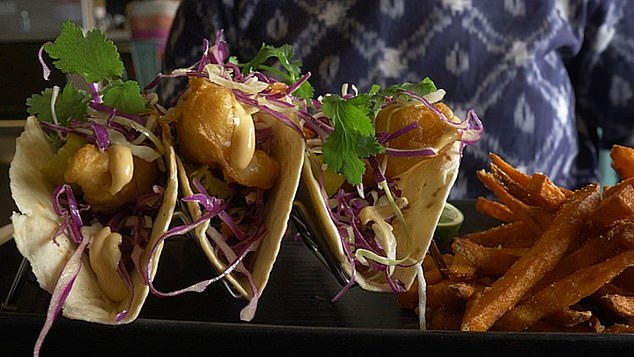 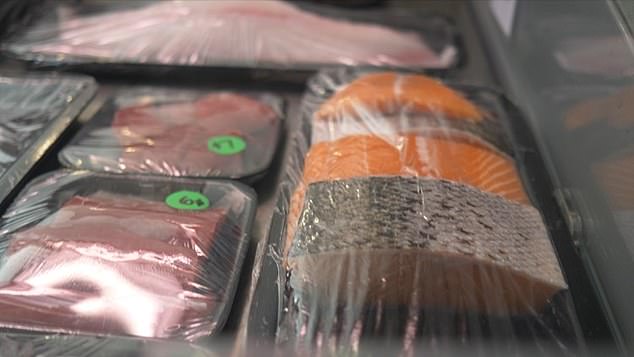 She said it would also help the billions of people around the world that depend on a healthy ocean for their health and livelihoods.

‘We would never consider eating mountain gorillas or elephants, both of which are endangered.’

‘It should be illegal to eat something that is threatened by extinction, especially species that are critically endangered – if we can better coordinate fisheries and conservation policies, we can prevent it from happening.’

‘When importing seafood from other places, we are displacing any social or environmental problems associated with fishing to that place, which is likely to have less capacity to sustainably manage its ocean.’

The findings have been published in the journal Nature Communications.

Climate change will contribute to ocean acidification, according to the National Ocean Service.

This change can be attributed to higher levels of greenhouse gases emerging as a result of human activities.

Climate change affects the ocean in a variety of ways.

It can cause sea levels to rise and coral in the sea to be smothered.

Climate change can also affect the ocean’s currents and cause ‘murky’ water conditions with reduced amounts of light, according to the National Ocean Service.

The organization has provided the following tips for lowering the amount of damage done to the oceans: