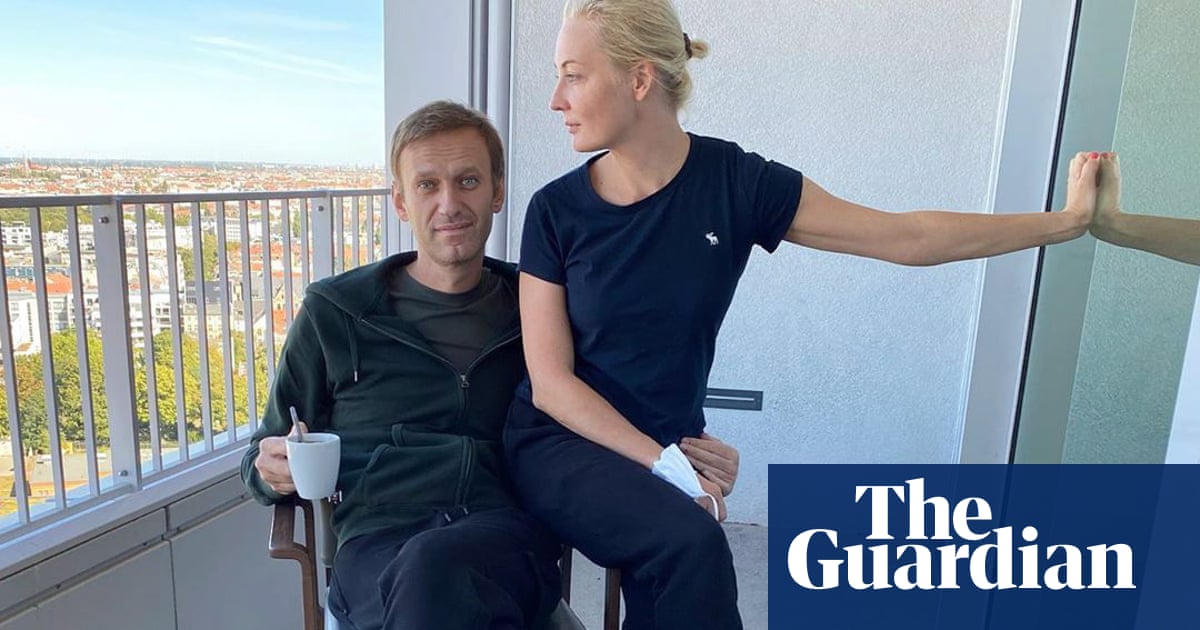 Russian opposition leader Alexei Navalny has said in his first blogpost since emerging from a coma that western laboratories had found traces of novichok in and on his body and demanded that Moscow return his clothes.

Navalny, who is recovering in Berlin’s Charité hospital, fell critically ill during a flight from Siberia to Moscow and spent two days in hospital in Russia before being airlifted to Germany.

“Two independent laboratories in France and Sweden, and the Bundeswehr specialised laboratory confirmed the presence of novichok in and on my body,” he said, referring to a German military lab.

He noted that Russia had still not opened an investigation and that Russian talk shows had suggested that western intelligence officials or his own allies carried out the attack. He demanded that Russian authorities return his clothes that were removed before he was flown to Germany – “totally naked” – saying they were important evidence.

“Taking into account that Novichok was found on my body, and poisoning through physical contact is highly likely, my clothes are a very important piece of evidence,” he wrote.

“I demand my clothes be carefully packed in a plastic bag and returned to me.”

In a poignant post on Instagram, he published a picture with his wife of 20 years, Yulia, saying he remembered little of his illness but that she had helped his recovery.

“Now I definitely know from experience: love heals and brings you back to life,” he said.

“Yulia, you have saved me, and let it go down in neurobiology textbooks.”

He said she had played him music, sang him songs and laughed.

The opposition figure said last weekend he could walk with a “tremble” and that in his first days he had needed therapy to help him recover his speech.

Navalny supporters and European leaders have said that the poisoning using Novichok, a military-grade nerve agent, points to a state-sanctioned attack.

Siberian transport police, which has carried out a basic examination of Navalny’s movements, said on Monday it was looking into the matter and had questioned about 200 people.

Sorgente articolo:
Labs found novichok in and on my body, says Alexei Navalny – The Guardian