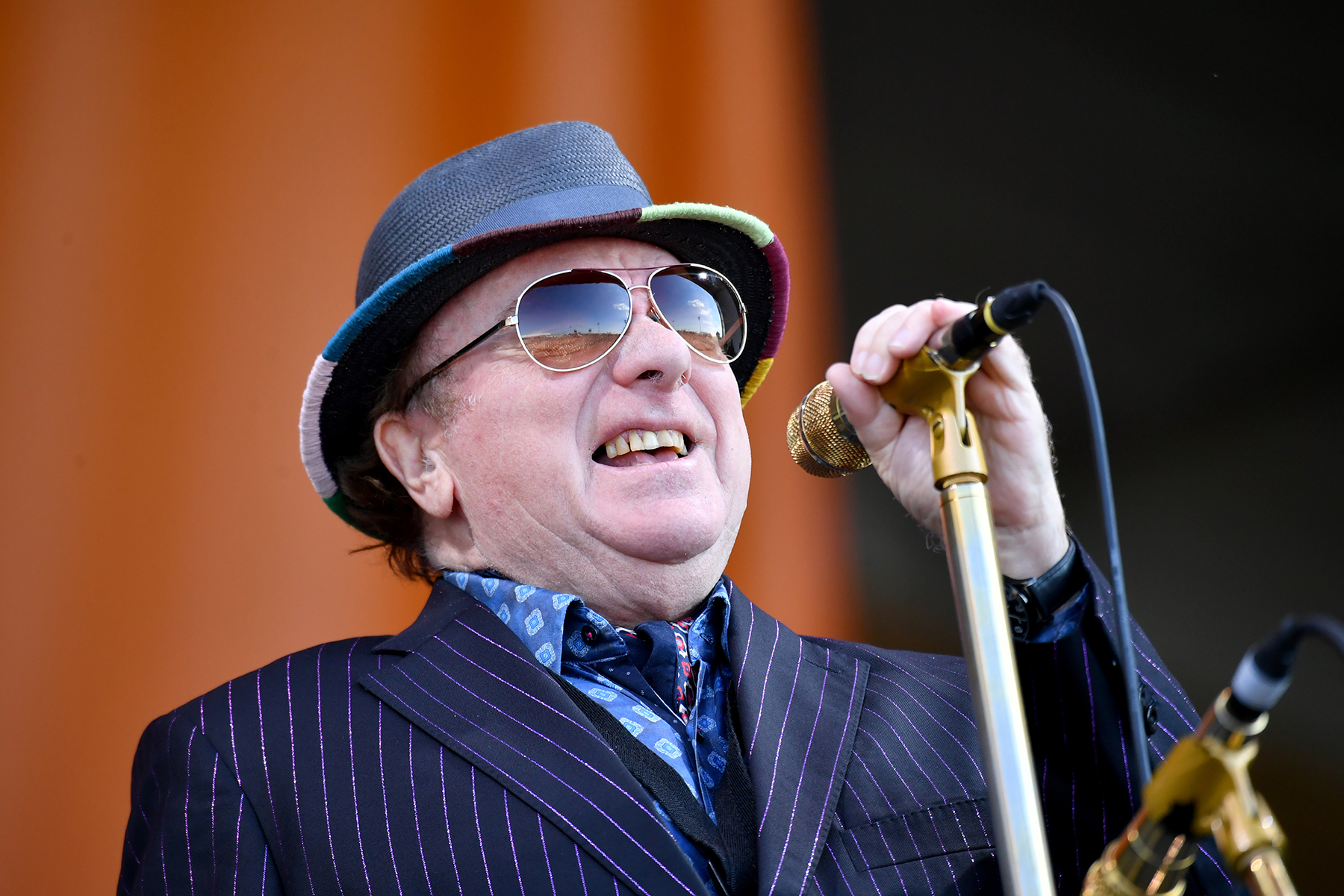 As Northern Ireland’s Health Minister, Robin Swann’s primary job these days is to ensure that the public is kept up to date with the latest factual information on the coronavirus and continually disseminate ways that the public can keep safe.

Van Morrison, of all people, is not helping this situation. Taking the concept of “protest music” to bizarre conclusions, the 75-year-old singer announced the upcoming release of three new songs — “No More Lockdown,” “Born to Be Free” and “As I Walked Out” — that accuse the government of “taking our freedom” and bashes the worldwide lockdown to prevent the spread of Covid-19. “Morrison makes it clear in his new songs how unhappy he is with the way the Government has taken away personal freedoms,” a post on his website helpfully notes.

“No more lockdown/No more government overreach/No more fascist bullies/Disturbing our peace,” Morrison sings on “No More Lockdown.” “No more taking of our freedom/And our God-given rights/Pretending it’s for our safety/When it’s really to enslave.”

In launching a campaign to “save live music” last month, Morrison railed against what he called the “pseudoscience” surrounding the coronavirus and claimed that socially distanced live events were not viable. “I call on my fellow singers, musicians, writers, producers, promoters and others in the industry to fight with me on this,” he wrote in a since-deleted post on his website. “Come forward, stand up, fight the pseudo-science and speak up.” (Few of his peers, so far, have heeded the call.)

In an op-ed for Rolling Stone, Swann vacillates between disappointment, bemusement and anger at the new cause of one of Northern Ireland’s most celebrated singers. (A Belfast city councillor is trying to revoke the singer’s Freedom of Belfast honor awarded to him in 2013.) “His words will give great comfort to the conspiracy theorists,” writes Swann. “The tin foil hat brigade who crusade against masks and vaccines and think this is all a huge global plot to remove freedoms.”

We in Northern Ireland are very proud of the fact that one of the greatest music legends of the past 50 years comes from our part of the world.

So there’s a real feeling of disappointment – we expected better from him.

However, it goes further than disappointment. Some of what is he saying is actually dangerous. It could encourage people to not to take Coronavirus seriously. If you see it all as a big conspiracy, then you are less likely to follow the vital public health advice that keeps you and others safe.

Governments across the world are struggling to find the right path through this pandemic. It’s entirely right and proper to debate and question policies. It’s legitimate to ask if the right balance is being found in what is being done; if the right steps are being taken. None of this is easy or straightforward.

But Van Morrison is going way beyond raising questions. He is singing about “fascist bullies” and claiming Governments are deceiving people and wanting to “enslave.”

It’s actually a smear on all those involved in the public health response to a virus that has taken lives on a massive scale. His words will give great comfort to the conspiracy theorists – the tin foil hat brigade who crusade against masks and vaccines and think this is all a huge global plot to remove freedoms.

Only a few years ago, Van said: “I’m apolitical. I’ve got nothing to say about politics whatsoever.”

He’s changed his tune big time since then. He could have chosen to sing about how we all can help save lives. He could have written a tribute to our health and social care workers on the frontline.

There are also so many things in the world to sing protest songs about, like poverty, starvation, injustice, racism, violence, austerity – there’s a long list.

Instead, he’s chosen to attack attempts to protect the old and vulnerable in our society.

It’s all bizarre and irresponsible. I only hope no one takes him seriously. He’s no guru, no teacher.