Switzerland unveils plans to spend billions on new fighter jets despite not having fought in a war in more than 200 years.

The plans have been faced with much opposition, as many believe the notoriously neutral country can’t afford the war planes and doesn’t need them.

Voters get their say on September 27 on whether the plan to spend 6 billion Swiss franc on the jets should go ahead, according to CNA. 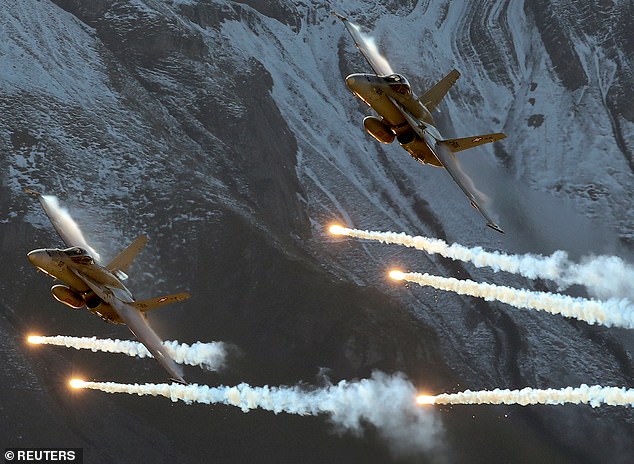 The aircraft would replace Switzerland’s ageing fleet of 30 F/A-18 Hornets which will go out of service in 2030.

Choices for the aircraft could be the Eurofighter from Airbus or the Lockheed Martin F35-A Lightning II amongst others.

Priska Seiler Graf, a member of parliament for the left-leaning Social Democrats, called plans ‘absurd’ and asked who would attack a country ‘surrounded by NATO’.

She agreed the country needed a new aircraft, but said a ‘simpler aircraft’ would be enough and said it would be ‘better to have a Fiat than a Maserati’.

Six years ago, voters in Switzerland rejected the purchase of Gripen jets from Sweden.

In 1989 a proposal to scrap its entire army got 35 per cent of voter support, but the Pope’s Swiss guards are a reminder of the country’s mercenary past. 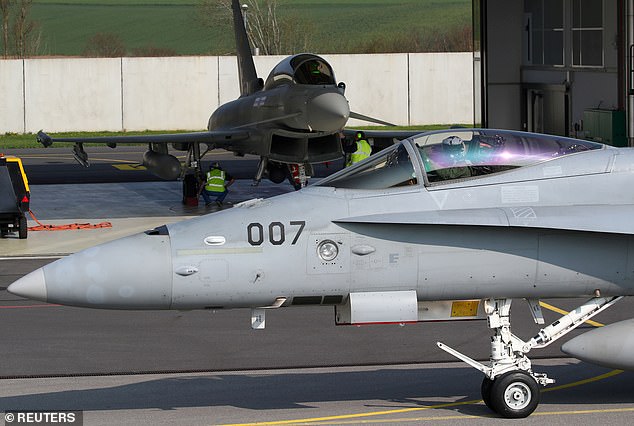 Lawmaker Thomas Hurter from the right-wing Swiss People’s Party, a former air force pilot, said Switzerland had to protect itself without relying on other countries.

He said smaller jets did not have the acceleration needed to react quickly to emergencies.

Sorgente articolo:
Switzerland unveils plans to spend billions on fighter jets despite not going to war in 200 years – Daily Mail