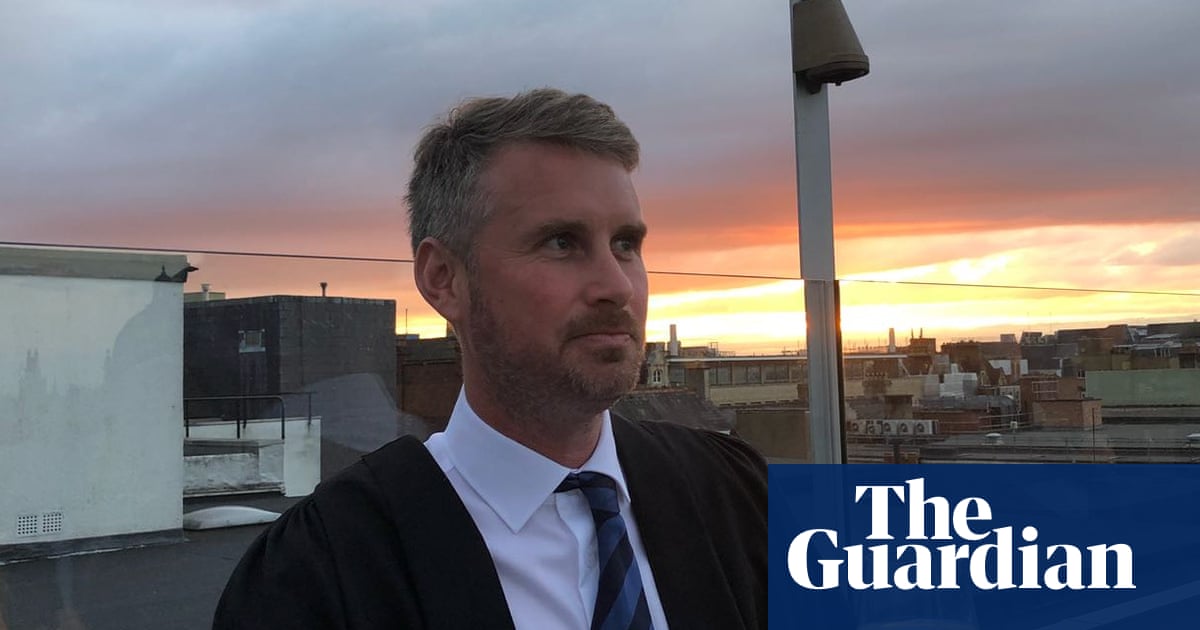 The world is watching the Covid-19 vaccine trials conducted by the University of Oxford’s Jenner Institute closely. Australian Josh McGrane is an associate professor and educational researcher living in Oxford. He decided to take part in the trials when he saw the call-out for volunteers on Facebook earlier this year.

Why did you get involved?
It was a mix of selfishness and benevolence. This was in March, everything was kicking off in the UK and it was nigh on impossible to get a test. I’d been travelling in the beginning of the year and your mind wanders.

At that point, the only way you were getting tested in the UK is if you got admitted to the hospital with a strong suspicion of having Covid. Taking part in the trial, that gives me a direct connection to get screened to see if I’ve had it and in future, then there’s a direct path to getting tested.

Covid vaccine tracker: when will a coronavirus vaccine be ready?

There was the other part, which was the more benevolent aspect. At the time, with the universities going into shutdown and freaking out about what the implications of all of this were going to be, there were lots of research calls asking people to pivot their research towards Covid-19. In the field that I work in, it’s not like it would have been impossible for me to do that.

But for me, it felt like that would have been a cynical thing to do. Just chasing research money. I’m not a virologist, I don’t work in the medical sciences, how about you give the money to them for the time being? This, for me, felt like something that I could do, which would make a real and tangible contribution.

Which phase of the trial did you take part in?
This was early in phase two. Phase one had kicked off only a couple of weeks earlier, and everyone in phase one knew they were getting the vaccine. But I’m in early phase two, so for all I know I didn’t get the vaccine, I possibly got the control vaccine which was selected because it had a similar side-effect profile to Covid 19.

How long is the trial and what happened?
It’s a 12-month trial. So it was going to an initial screening to ensure that you are in good enough health and, I assume, that you hadn’t had coronavirus already to take part in it. Approximately two weeks after that, I got a vaccination. Then it was a fairly intensive few weeks of having to fill out the questionnaire and take your temperature on whatever day and report it to them online. Then it was a one-month checkup, three months, six months and then finally a 12-month checkup – and the 12-month one is optional.

When they’re testing you, do they tell you anything?
No, nothing. I’ve explicitly asked them if, at any point, it shows up that I’ve had Covid or that I have antibodies, will you tell me? Probably if you’ve had Covid, they would tell you, but they don’t tell you whether you’ve had the immune response and had the antibodies because they tried to keep it blind.

Were you nervous you could have an adverse reaction?
Of course, you’re a little bit nervous. You’re doing some experimental thing [and] everyone was generally very nervous at that point. But they did a really thorough job of going into all the background detail.

The one thing that they did explicitly go into detail about is there was a theoretical possibility that having the vaccine could actually cause a more adverse reaction to catching Covid rather than providing immune protection. When I heard that, I was like, what do you mean by “a theoretical possibility”? Have you empirically observed this response? I spoke to one of the researchers and they said it hadn’t been empirically observed with this kind of vaccine but that sort of response has been observed in other kinds of vaccines. So that’s a big thing. It could be the case that you have a worse reaction as a result of getting this vaccine. That, of course, makes you a bit nervous.

But then I spoke to them about the fact that they use this same vaccine technology for the Middle Eastern respiratory syndrome (Mers), and I asked whether they saw any of these kinds of adverse responses in that vaccine and they hadn’t – so I felt assured by that.

Did you get any side effects?
I’ve had it twice now, I got a booster shot so I’m now part of the sub-trial where some people are getting booster vaccines again – although it could be the control vaccine.

The initial time that I got it, I felt a bit off-colour for a day or two. Had a bit of a headache, feeling fatigued. I’ve had other vaccines to go travelling, and they warn you of side-effects – and nothing happens. With this, I definitely did feel some side effects, but they were very mild and nothing that a few doses of paracetamol can’t sort out.

I volunteered to be a human guinea pig for a Covid vaccine. Now I’m having second thoughts | Thomas Gokey

Did you look at it from an academic point of view? What did you think of the way it was conducted?
I did. It was all done highly ethically from a research point of view. If anything, they were at pains to give you all the background information and the potential risks, [with] lots of forms.

As a researcher, I was particularly interested in the experimental setup. So I asked them when I was getting the injection, whether it was a double-blind or single-blind trial, and it’s only single-blind, so they know what they are giving out to people. So that’s curious.

The more curious part was that, when you think about it, it’s not really a true experiment, because it’s not like they’re giving half the people a vaccine and half the people a placebo vaccine and then giving us Covid – for obvious reasons. They send you out in the wild to catch it or not. And you might not catch it because there’s not that much in the community anymore. That ended up being the case in Oxford. That’s why they’ve had to branch out to places like the US and Brazil to try to take advantage of that natural experiment in places where there is a much higher community transmission.

Another thing that they did in the Oxford area [and] the broader area is they recruited healthcare workers. People who are working in the hospitals day in, day out around people with Covid. They’re obviously doing a lot of different things to try to get around the fact that they are relying on natural infection.

Did you feel immune? Or were you still nervous?
I probably shouldn’t say it as a researcher, but from a psychological point of view, you do feel “all right, I’m immunised now, let me out of the house” – even though I’m not certain I had the vaccine, it might have been the placebo. There was definitely a psychological impact of feeling a bit like yeah, I’m OK.

Were you following the story in the media?
I did, it’s been very interesting that the Jenner vaccine group in Oxford are doing all of this for not-for-profit. They did amazing things for the Ebola vaccine and then they’re the ones that are predominantly working on the Middle East Respiratory Syndrome. The fact that this is all not-for-profit, it’s pretty cool. So I’ve been following not just the actual research findings, but also the commentary around it.

Then the story came up about the adverse reaction – but it doesn’t worry me in the slightest. I’ve already been vaccinated twice [and] I know what my response was. And I think there’s a fairly strong chance that this person who’s had this issue with the spinal cord inflammation, it probably has nothing to do with the vaccine, and there are always extreme outliers in these sorts of things. For me personally, I’m not remotely worried or bothered by these findings.

If anything, I’ve seen in some of the Australian media, in particular, the suggestion that this is what happens when you rush things through. That’s the exact opposite response that you should be having. Clearly they’re trying to do the right thing. It’s one case out of thousands of people they’ve now administered this vaccine to and they’re doing the right thing of saying “pause it all, investigate, and then see what the causes of this were and make decisions going forward”. It should be a good news story for the integrity of the scientists running the trial.

Let’s say that this vaccine proceeds – it could be a significant event for the world. Do you have a sense of the importance of being part of that?
Ha! I expect flowers and champagne to be flooding my flat as a result. Look, it’s cool to be involved thinking alright, this could be the thing that saves humanity. Although, do I want to save humanity given where we were before this whole lockdown? I hope this comes with some sort of kick up the ass to do things better if we do manage to come out the other side of all of this.

Do I feel some sense of self-importance? No, not really. What have I had to sacrifice at the end of the day? I’ve had to show up for a few medical appointments and I don’t really like needles very much. So having blood pumped out of me on a regular occasion hasn’t been that pleasant. But it’s nice to be involved, it’s nice to have contributed. I feel a sense of contribution in myself but not a sense that I’ve done something important for the world. It’s something that in five years’ time, when this is somewhat of a distant memory for all of us, it’s like, hey, I was one of those people that saved you all – so beers are on you.

Sorgente articolo:
The coronavirus vaccine volunteer: ‘I hope this is a kick up the ass to do things better’ – The Guardian