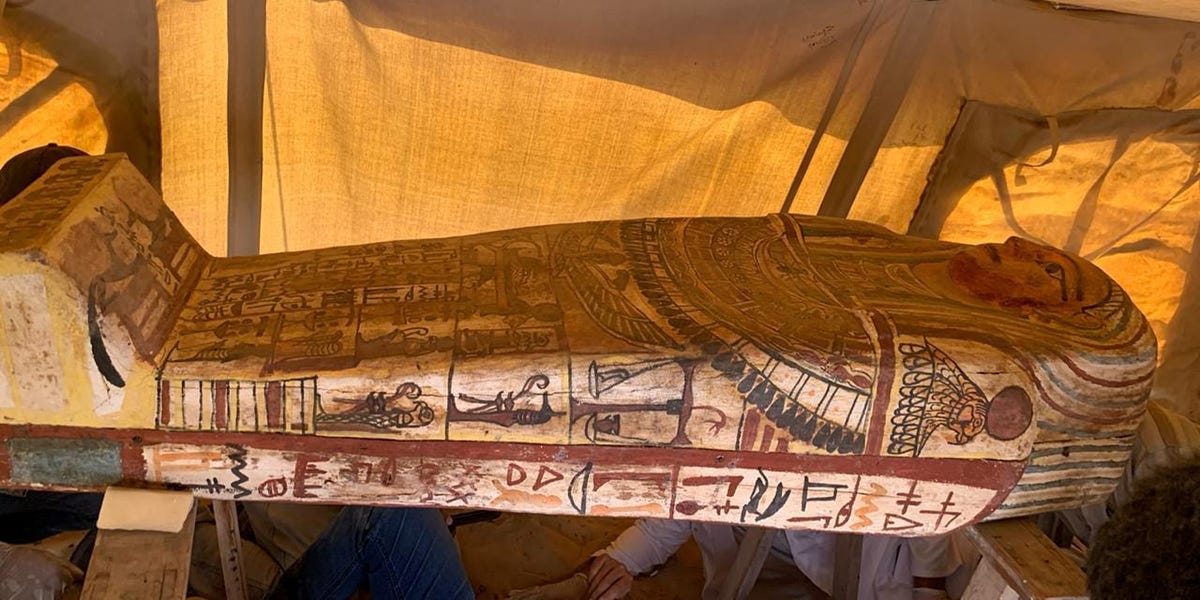 More than two millennia ago, 27 Egyptians were laid to rest in Saqqara, an ancient city of the dead. Their organs were removed, and their bodies wrapped in linens. Priests placed them inside wooden boxes adorned with hieroglyphics.

The mummies stayed buried in those sarcophagi for 2,500 years — until their recent discovery by Egyptian archaeologists.

The finding is one of Egypt’s largest in over a century.

It happened in two parts: In early September, Egypt’s Ministry of Tourism and Antiquities announced more than a dozen coffins had been found in a burial shaft under the ancient city of Saqqara. Then two weeks later, the shaft yielded a second set of sarcophagi.

“Initial studies indicate that these coffins are completely closed and haven’t been opened since they were buried,” the ministry said in a Facebook post on Sunday.

The photos below show how archaeologists found the sarcophagi,and other mummies buried beneath Saqqara.