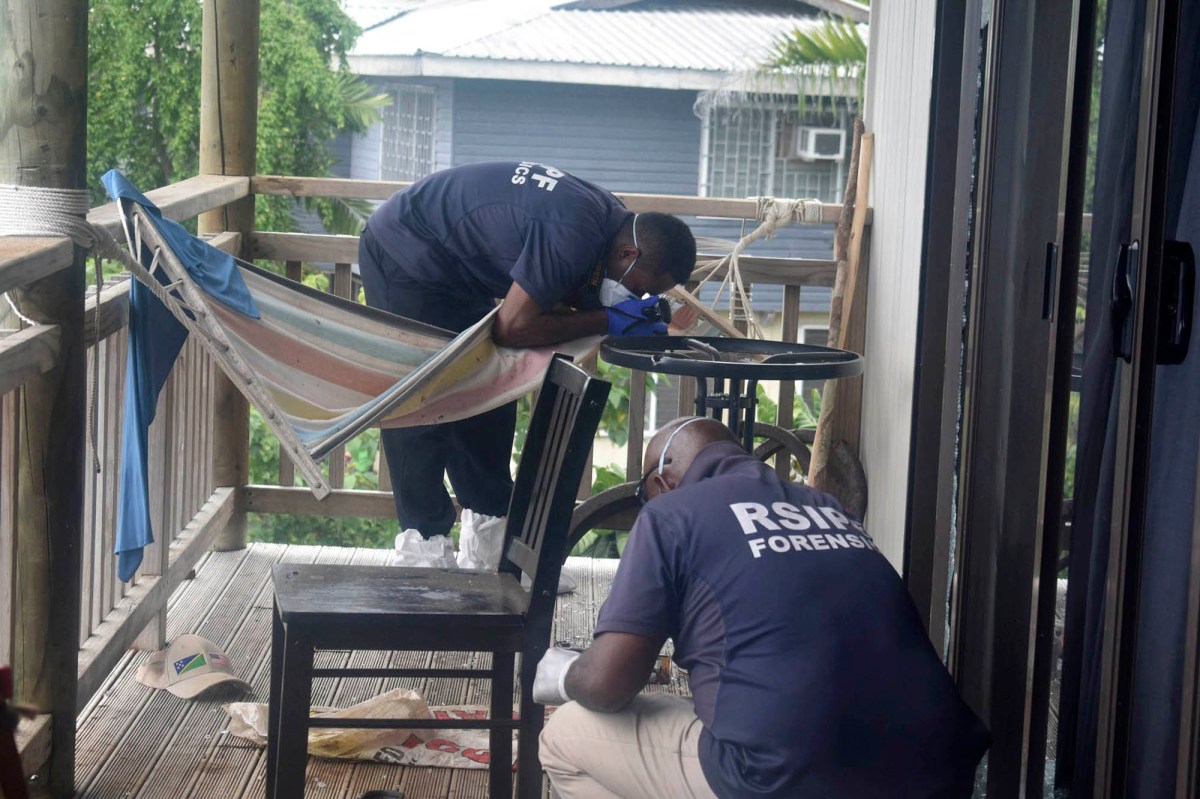 Two bomb disposal experts were killed in a blast while on assignment mapping out unexploded World War II weapons in the Solomon Islands, according to reports.

Norwegian People’s Aid workers Stephen “Luke” Atkinson and Trent Lee were fatally injured in the explosion shortly after 7:30 p.m. Sunday at their rented apartment in the Tasahe area of the South Pacific region, the Guardian reported.

The men were still alive when emergency crews reached the scene, but they later died at a hospital, the outlet reported.

Atkinson, 57, from London, was a program manager working on creating a database of remnants from past warfare, while Lee, an Australian in his 40s, was a chemical weapons adviser on the project, the Telegraph reported.

Several unexploded bombs were found inside the apartment following the blast.

“We are concerned that they decided to conduct explosive ordnance disposal operations within a residential area,” police inspector Clifford Tunuki told the Guardian.

Norwegian People’s Aid called the incident a “tragic accident” in a statement.

“So far, we know that there has been an explosion with fatal consequences,” the group said. “Our main priority now is to offer assistance to relatives and colleagues, and to clarify what has happened.”

The Solomon Islands was the site of a major military battleground in the war, and its islands are strewn with unexploded bombs from the conflict, the Telegraph reported.

“There is a worldwide problem with the remnants of war all kinds of munition are left after conflict and it takes a tremendous toll on societies,” Per Nergaard, who is the deputy general secretary for the group, told the outlet.

“We have been doing for the last 25 years. We are among the largest in the humanitarian field.”