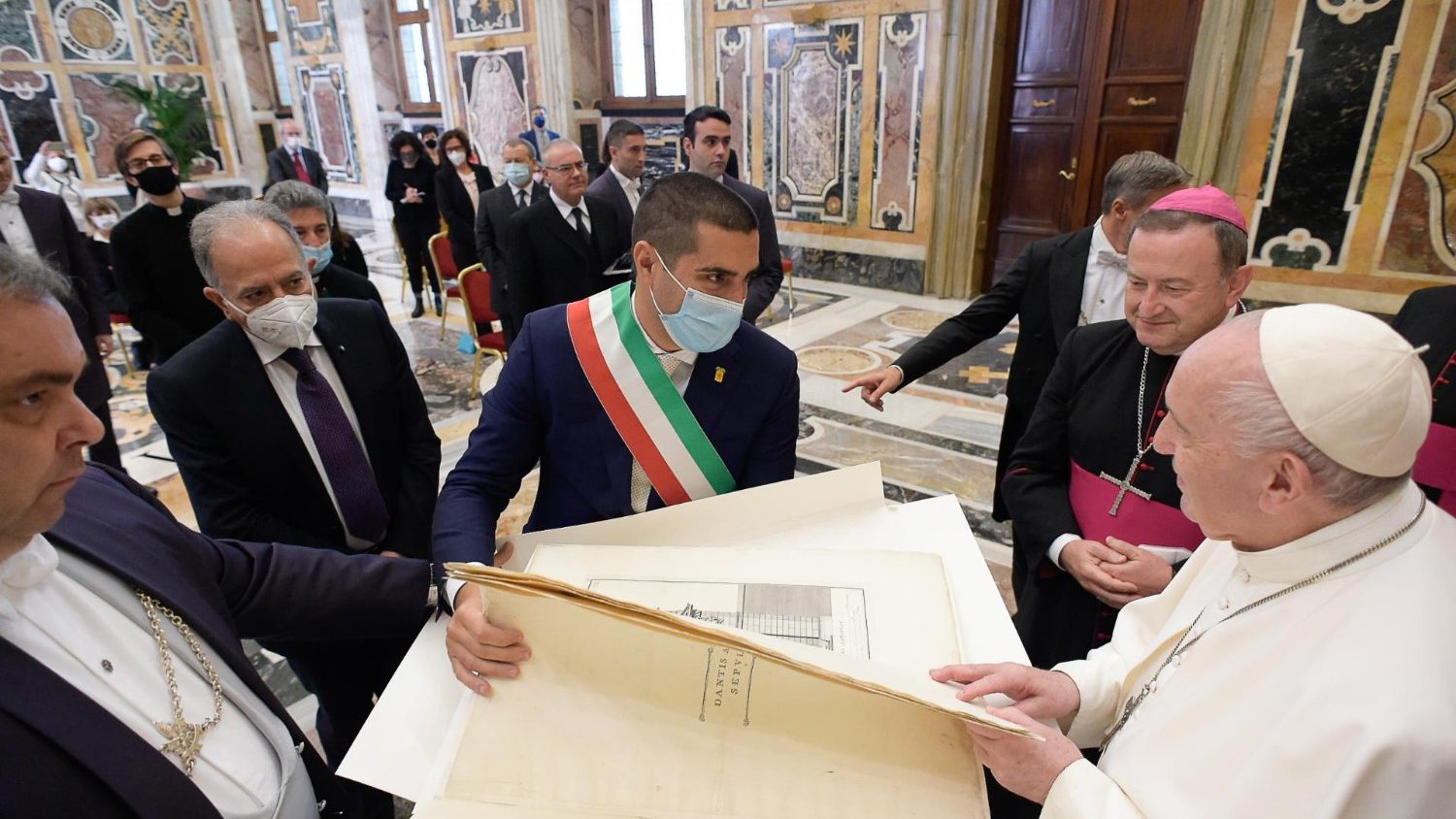 Greeting a delegation from the Archdiocese of Ravenna-Cervia in the Emilia-Romagna region of Northern Italy in the Vatican on Saturday, the Pope told them that the poetry of Dante Alighieri is just as relevant today as it was 700 years ago.

He said this “extraordinary exponent of a golden age of European civilization” has the ability to resonate with people. “Teenagers, for example…if they have the opportunity to approach Dante’s poetry in a way that is accessible to them, inevitably find, on the one hand, all the distance between the author and his world; and yet, on the other, they feel a surprising resonance.”

The Pope noted that “Ravenna, for Dante, is the city of the “last refuge”. The poet spent his remaining years there and completed his work the Divine Comedy, which included the final part called Paradise.

Pope Francis recalled Dante’s period of exile – the result of being on the losing side of a battle – which he said “so marked his existence and also inspired his writing.”

The poet Mario Luzi, said the Pope, “has highlighted the value of the upheaval and superior discovery that the experience of exile has reserved for Dante. This makes us immediately think of the Bible, the exile of the people of Israel to Babylon.”

Similarly, for Dante, he pointed out, “exile was so significant that it became a key to interpreting not only his life but the ‘journey’ of every man and woman in history and beyond.”

Dante’s death in Ravenna took place on the same day as the feast of the Exaltation of the Holy Cross.

Pope Francis noted that, in 1965, on the occasion of the seventh centenary of Dante’s birth, St. Paul VI donated to Ravenna a golden cross for his tomb.

“That same cross, on the occasion of this centenary,” he continued, “will shine again in the place that preserves the mortal remains of the Poet. May it be an invitation to hope, that hope of which Dante is a prophet.”

Pope Francis expressed the hope that the celebrations for the seventh centenary of the death of the “supreme Poet”, “will stimulate us to revisit his work [The Divine Comedy] so that, made aware of our condition as exiles, we allow ourselves to be motivated to that path of conversion.”

“Dante, in fact, invites us once again to rediscover the lost or clouded sense of our human journey,” he said.

In conclusion, the Pope drew inspiration from St Paul VI’s invitation “to enrich ourselves with Dante’s experience to cross the many dark woods of our land and happily make our pilgrimage through history, to reach the goal dreamed and desired by every man: ‘the love that moves the sun and other stars.’”