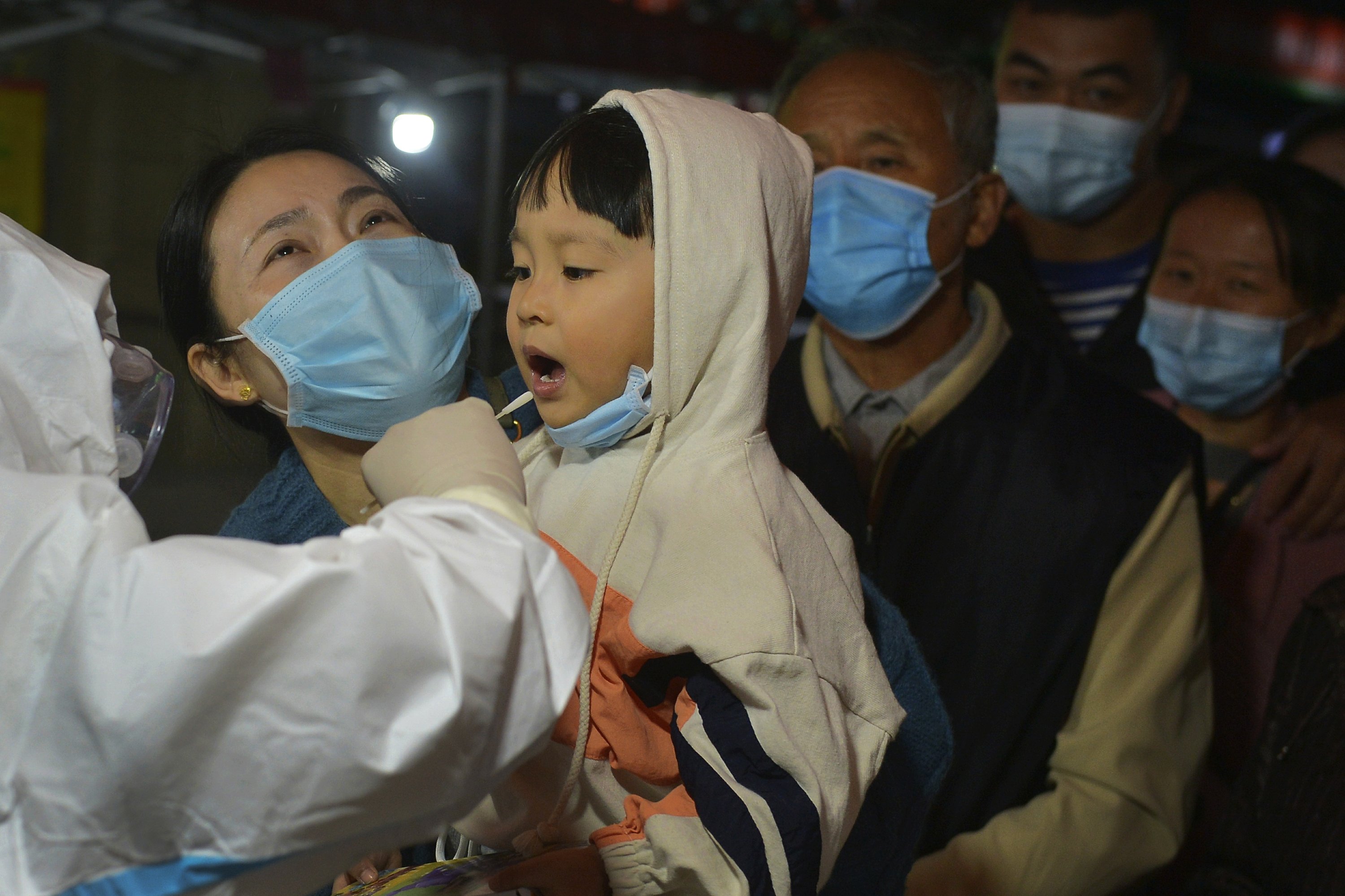 The city’s health department said no new cases have been found among the more than 1.1 million test results returned thus far. The city said it had a total of 12 cases, six with symptoms and six without, since the new outbreak was first spotted over the weekend at a hospital.

The National Health Commission, however, said Tuesday that at least six new cases of the virus were found in Qingdao in the past 24 hours.

The reason for the discrepancy was not immediately clear. China’s methods for logging and reporting of virus numbers has been questioned since the pandemic first began late last year in its city of Wuhan.

Authorities in Qingdao have said they plan to test all 9 million people in the city by the end of the week, similar to previous mass testing campaigns in other cities where outbreaks have been detected. Testing began with “close contacts, close contacts of those close contacts and more casual contacts,” gradually expanding to all districts of the city, the health department said.

Qingdao is a major commercial harbor and industrial center known for electronics and the country’s most famous brewery, as well as the home of the Chinese navy’s northern fleet.

The National Health Commission numbers released Tuesday reported a total of 30 new virus cases in the previous 24 hours nationwide. It broke down those numbers into 13 cases in which people had symptoms and 17 cases in which they had no symptoms. The total number of locally transmitted cases, both with and without symptoms, was 11, while the rest were listed as imported.

China has reported a total of 4,634 deaths from coronavirus among 85,591 cases. It has not provided a running total of asymptomatic cases, believed to number in the thousands.

China’s last reported local outbreak was in the northwestern city of Urumqi in the far western Xinjiang region, with all cases since then found among those arriving from outside China.

China has relaxed mask and social distancing requirements in the wake of falling case numbers, but has maintained robust testing as it seeks to return the economy to full functioning.

— About 100 members of a Hong Kong orchestra are being quarantined after one of its members tested positive for the coronavirus. A bass clarinet player for the Hong Kong Philharmonic Orchestra was infected, according to a Facebook post by fellow orchestra member Andrew Simon. Simon, the orchestra’s principal clarinetist, said he would be taken to a government quarantine camp for two weeks. All members of the orchestra must undergo quarantines to contain any risk for other performers and audience members, the South China Morning Post reported, citing an unidentified government official. The Hong Kong Philharmonic Orchestra had begun its new season of performances last Friday with a sold-out socially distanced concert due to coronavirus restrictions. Hong Kong reported eight new coronavirus cases on Tuesday. It has confirmed 5,202 infections, including 105 deaths.

— India reported its smallest daily increase in new coronavirus cases since mid-August, recording 55,342 in the past 24 hours. The Health Ministry numbers released Tuesday raised India’s confirmed total to more than 7.17 million since the pandemic began. The ministry also reported 706 deaths in the past 24 hours, taking total fatalities to 109,856. India is still registering the highest number of new daily cases globally, but it has seen a steady decline since early September, when it was recording more than 90,000 new cases each day.

— South Korea has reported 102 new cases of the coronavirus, its first daily increase of more than 100 in six days. The rise is a cause of concern as officials lowered social distancing restrictions this week after concluding that the viral spread was slowing after a spike in mid-August. The figures released by the Korea Disease Control and Prevention Agency brought the national totals since the pandemic began to 24,805 infections and 434 deaths. Fifty-eight of the new cases were reported in the Seoul metropolitan area, while 33 were linked to international arrivals.

— Taiwan says it has diagnosed coronavirus in a Taiwanese citizen returning from China for the first time since February. The patient reported having a runny nose and cough to quarantine officials upon his arrival in Taiwan on Sunday, Central Epidemic Command Center spokesperson Chuang Jen-hsiang said Tuesday. Chuang said the man had been working in the eastern province of Jiangsu, which, according to China’s National Health Commission, has not reported any recent cases of local transmission of the virus. He said Taiwan’s last case of a person bringing the virus from China was on Feb. 6. Taiwan took strong measures to arrest the spread of COVID-19 but has since relaxed many of them to allow schools and businesses to reopen. The island has reported 530 cases, the vast majority of them brought from outside, with seven deaths and 34 people currently in treatment. China, where the pandemic is believed to have originated, reported its first cases of local transmission in months over the weekend — 12 people in the northern port city of Qingdao.