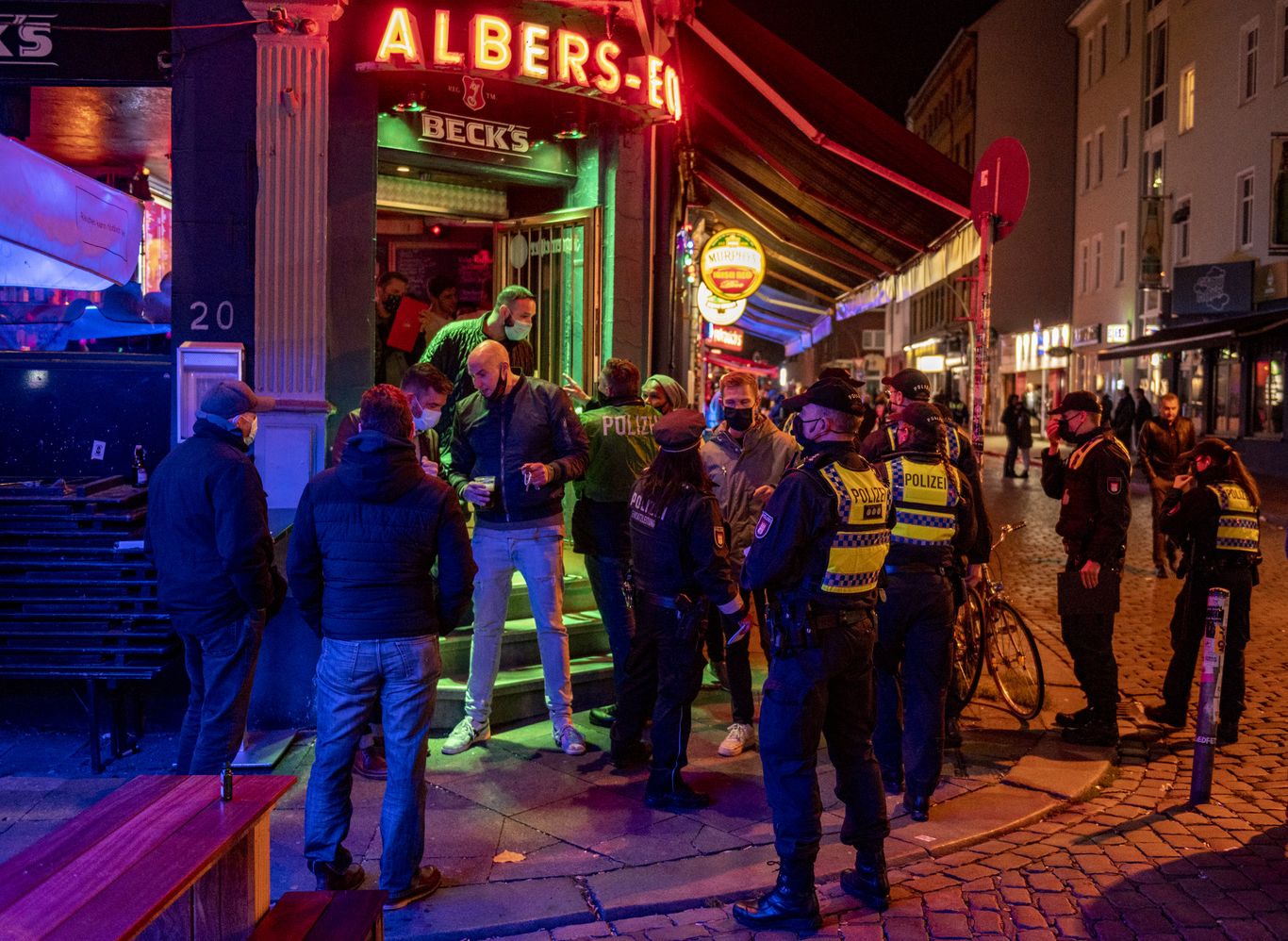 Germany on Thursday became the latest European country to announce new restrictions this week amid record coronavirus case numbers. But governments are seeking to avoid a second round of nationwide lockdowns.

Why it matters: Widespread lockdowns to contain the spread of the virus have devastated economies around the world.

The big picture: German Chancellor Angela Merkel said Thursday new measures would include a curfew for restaurants and bars in coronavirus hot spots and a limit on gatherings, after the country reported a record 6,638 new infections, per DW.

In France, President Emmanuel Macron announced in a televised address Wednesday a curfew from 9pm to 6am would be imposed on Paris and its surrounding regions, and in the cities of Marseille, Lyon, Lille, Toulouse, Montpellier, Grenoble, Rouen and Saint-Étienne.

In the U.K., the government introduced a three-tier alert system for towns and cities this week — with Liverpool the first to face the toughest restrictions whereby measures include the closure of bars that don’t serve food.

Russia registered a record 14,231 new cases Wednesday, but officials were focusing on touting a coronavirus vaccine developed by the country, the New York Times reports.

Italy on Wednesday surpassed its record number of cases with 7,332 new infections.

In Spain, Authorities in Catalonia ordered restaurants and bars that don’t offer takeaways to shut for 15 days from Thursday, per AFP.

The Netherlands government imposed a “partial lockdown” that began at 10pm Wednesday local time, forcing cafes, bars and restaurants to shut for four weeks, according to DutchNews.nl.

Portugal Prime Minister Antonio Costa announced Wednesday gatherings would be limited to five people and declared a “state of calamity,” as the country confirmed more than 2,000 cases in a single day for the first time, Anadolou Agency notes.

The Czech government on Wednesday announced household guests must be limited to three people, alcohol could not be sold after 8pm and there would be a “wider mandatory use of face masks,” AFP reports.