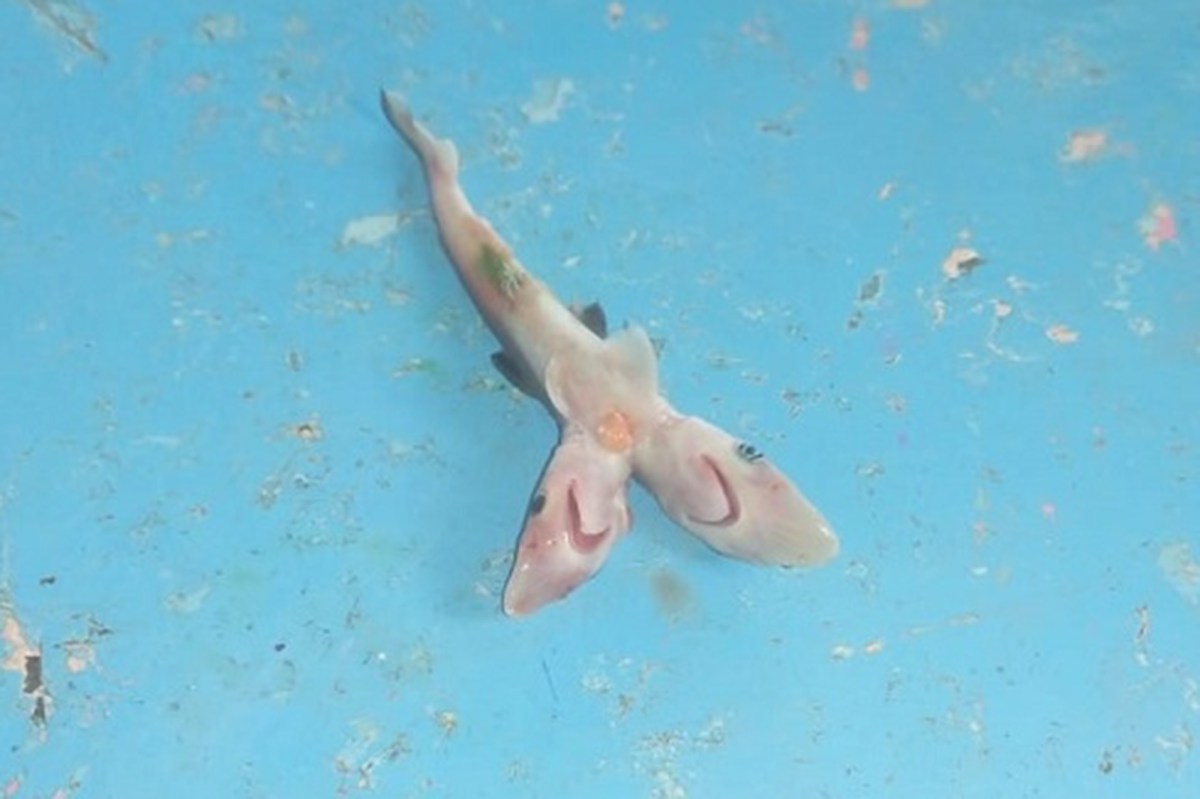 They say two heads are better than one, but it’s not clear if that applies for sharks.

On Friday, Nitin Patil, a fisherman from Palghar, India, caught a six-inch baby shark that had two heads.

“We do not eat such small fish, especially sharks, so I thought it was strange but decided to throw it anyway,” Patil told the Hindustan Times on Monday.

But before he threw the shark back into the sea, Patil took several photos of the creature, which have since been posted on Twitter.

Another fisherman who saw the tiny, two-headed shark, Umesh Palekar, told the Hindustan Times that the photos were shared with researchers to try to get to the bottom of where the sharks came from.

“We have never seen anything like this before,” Palekar told the newspaper. “We believe one of the larger sharks may have given birth to this double-headed shark baby.”

Scientists from the Indian Council for Agricultural Research – Central Marine Fisheries Research Institute (ICAR-CMFRI) in Mumbai, told the outlet that the finding could be the first time a two-headed shark has been seen on the Maharashtra coast of India.

Dr. Akhilesh KV, a scientist with the ICAR-CMFRI, told the Hindustan Times that the shark looks like it could be a spadenose shark or a sharpnose shark.

“Both are viviparous and are common in Maharashtra waters,” Akhilesh said.

Viviparous means “birthing live young which have developed inside the body of the parent,” the newspaper wrote.

Marine biologist Swapnil Tandel told the Hindustan Times that the deformity could have several causes.

“These finds are so rare that it is difficult to find a cause for the anomaly,” Tandel said. “Genetic or metabolic disorders, viruses, pollution or overfishing could be the possible reasons.”