© Provided by People The Queen and Prince William

Future King Prince William joined his grandmother Queen Elizabeth on a visit to a top-level lab in an English town on Thursday.

William, 38, and the Queen, 94, headed to Salisbury, about 85 miles southwest of London for the first public outing (outside a royal residence) for the Monarch since March.

Royal sources say that all relevant COVID-19 guidelines were being followed, and all of those meeting the Queen — in a Stewart Parvin-designed old rose cashmere coat and silk dress of autumnal woodland florals and a matching hat by Rachel Trevor Morgan — and her grandson have tested negative for the virus.

William and the Queen were there to pay tribute to staff who worked in the aftermath of the poisoning of a former spy and his daughter with Novichok nerve agent two years ago. After heroic work by doctors and specialists, Sergei Skripal, 67, and his daughter Yulia, then 33,  survived the attack by suspected Russian agents in March 2018. But a member of the public, who also came into contact with the nerve agent, tragically died four months later.

© Provided by People The Queen and Prince William

Much of the work at the Defence Science and Technology Laboratory (Dstl), near Salisbury, is cloaked in secrecy and, soon after they arrived, the grandmother-grandson duo toured the Energetics Enclosure, to learn more about the weaponry and tactics used in counterintelligence.

Gallery: Celebrate Princess Eugenie’s Anniversary by Reliving the Magic of the Best Royal Weddings of All Time (E!) 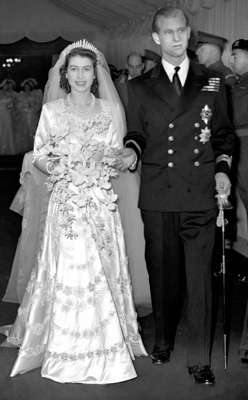 At the facility’s Energetics Analysis Centre, the Queen then viewed a demonstration of a Forensic Explosives Investigation and talked to staff who work in counterterrorism and security. Among the staffers and armed forces members were those who identified the nerve agent and aided the subsequent clear up of the Novichok incident of two years ago.

RELATED: Prince George Was ‘So Sad’ Watching Extinction Documentary That Prince William Had to Turn It Off

In recognition of the key role, William presented the Firmin Sword of Peace to members of the army’s 102 Logistic Brigade. The ceremonial sword is given to armed forces’ units, which have gone above and beyond their normal role during their operations.

The royal pair also spoke to scientists providing vital support to the U.K.’s response to the coronavirus pandemic, working in analytic research areas, and deploying microbiologists to NHS hospitals to increase testing capacities.

As the royal duo left, the Queen signed the visitors’ book. “Well, it proves we’ve been here, doesn’t it?” she joked.

Queen signs the guest book. “Well, it proves we’ve been here, doesn’t it?” She quipped. Everyone was so happy to see her, saying over and over what a great job she’d done during the pandemic. She, of course, wd see the opposite as Porton Down have been helping Sage on Covid-19. pic.twitter.com/LeoZaRFegu

Royal sources say that the visit was initially scheduled to take place in April this year but because of the pandemic crisis and the lockdown that followed, the Queen was not able to fulfill it until now.

As William steps up his public role as future King, he has periodically been at his grandmother’s side during her duties. They were last together on a joint public engagement two years ago, when they made a moving visit to the Grenfell Tower soon after a fire struck the London apartment block, killing more than 70 people, in 2017.

Can’t get enough of PEOPLE‘s Royals coverage? Sign up for our free Royals newsletter to get the latest updates on Kate Middleton, Meghan Markle and more!

Royal aides confirm they have carried out a number of lunches at the palace together. Last year, he accompanied her when she hosted Governor General-designate of Australia, General David Hurley, and his wife at the palace.

In 2011, William welcomed the Queen and his grandfather Prince Philip when they came to his Royal Air Force base in North Wales, shortly before his wedding to Kate Middleton in 2011, and then to his air ambulance station in Cambridgeshire a few years ago.