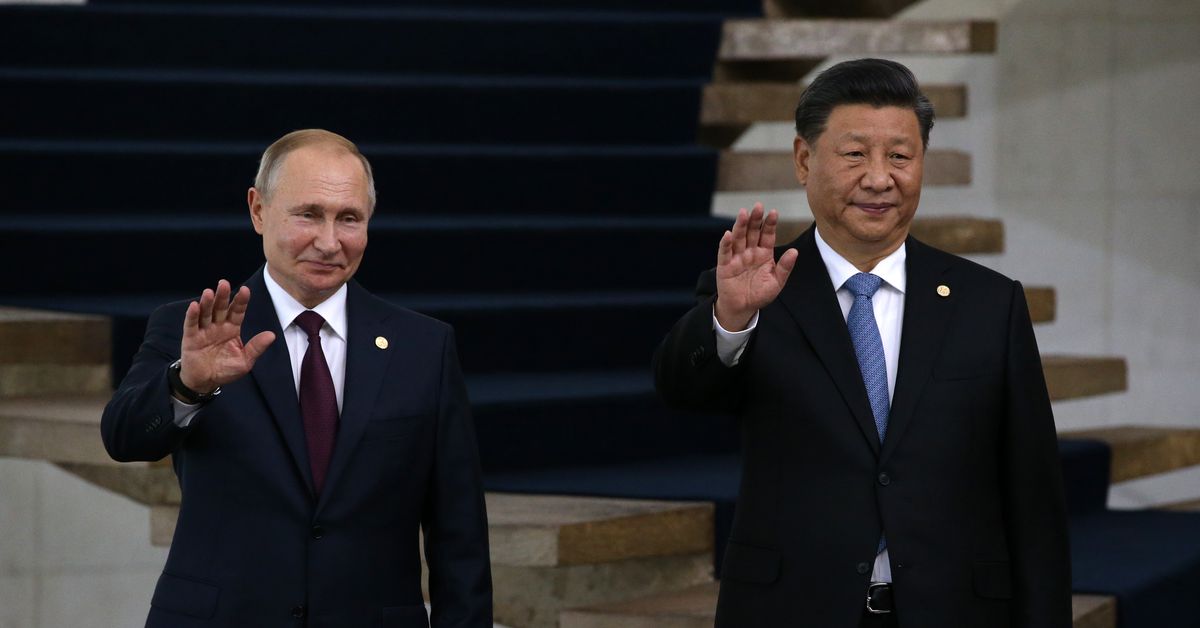 The United Nations’s premier body for protecting human rights has elected serial human rights abusers, including Russia and China, to the panel, once again calling into question whether it’s actually an important platform to address the plight of millions — or an anachronism.

The Geneva-based, 47-member UN Human Rights Council (UNHRC) does two main things: It passes nonbinding resolutions on human rights issues around the world, and it oversees the work of experts who investigate violations in specific countries. Its supporters, those of whom in the US typically lean left, say it’s a place where nations can address issues that don’t usually garner the world’s attention. Its critics, who mostly lean right, argue it’s a toothless organization that kowtows to authoritarians and harbors a deep anti-Israel bias.

Detractors gained an upper hand in the debate this week when China, Russia, Cuba, Pakistan, and Uzbekistan each won enough votes to sit on the UNHRC for a three-year term (though China received fewer votes than it had in previous years). Other despotic regimes angling for a spot, like Saudi Arabia, didn’t get the nod, however.

The result led the Trump administration’s former ambassador to the UN, Nikki Haley, to lambaste the panel on Twitter as “a total farce not worthy of its name,” clearly defending America’s exit from the body on her watch in 2018.

Some experts say her views aren’t solely partisan. “The Nikki Haleys of the world have a point,” Richard Gowan, who oversees UN advocacy at the International Crisis Group (ICG).

After all, China has forced roughly 2 million Uighur Muslims into indoctrination camps, and for years Russia has repressed political dissent with excessive force while pushing “family values,” code for anti-LGBTQ policies. What’s more, the council has continually adopted resolution after resolution condemning Israel, a US ally, for violence against Palestinians while largely ignoring abuses perpetrated by groups like Hamas. In fact, the UNHRC singled out Israel in its first year, failing to officially chide any other country for human rights violations.

Given all that, it’s fair to look at the council and think it’s a problematic forum the US should stay out of. But experts say there are a few problems with that view, namely that the US loses any influence in that forum to push back against the Russias and Chinas of the world — and Israel is left without a strong backer on the council.

“US presence and engagement can make the council’s work better,” David Bosco, an associate professor and UN expert at Indiana University Bloomington, told me. “Russia and China often collaborate on the council to advance a vision of human rights more deferential to national sovereignty.” In other words, they basically advocate for a world with no accountability: If no nation criticizes what they do, they won’t criticize what others do.

That approach, simply put, would almost certainly doom millions of the world’s most vulnerable people to an even worse future.

In 2006, the UNHRC replaced the discredited Commission on Human Rights, which at one point had Muammar Qaddafi’s Libya as its chair. The change was billed as a much-needed overhaul, as the commission had gotten bogged down in geopolitical rivalries instead of focusing on actual human rights issues.

One of the few countries skeptical of the reformed council was the US, and the George W. Bush administration opted to not seek a seat it would’ve won. “I believe rather strongly that our leverage in terms of the performance of the new council is greater by the US not running and sending the signal ‘this is not business as usual’ this year than if we were to run,” John Bolton, then the US ambassador to the UN, told the New York Times.

The lack of American involvement made it harder for European countries and Canada, which are more pro-human-rights oriented than most others, to push back on nations that continued to abuse their own people. This allowed states that often violated human rights to not only continue doing so but to also block resolutions that could help millions in other countries.

“The council was pretty bad pre-Obama,” said Marc Limon, who served as a UNHRC diplomat from 2006 to 2012 and is now the executive director of the Universal Rights Group in Genevas.

One of President Barack Obama’s first foreign policy moves was to run for a seat. His administration argued the US could have more influence on human rights on the panel than off of it. Experts said this was the right call: With the US as a member, resolutions that previously had trouble passing — like some supporting LGBTQ rights worldwide — made it through.

The council was by no means perfect, but it actually functioned much more as intended. “The US really turned things around,” said Limon. “It really changed the council for the better.”

The Trump administration wasn’t initially hostile to the UNHRC, but it sought two main reforms: First, it wanted Item 7 — which requires the body to focus on Israel’s human rights situation during each of the three yearly meetings — struck down. It is, after all, the only country-specific agenda item. Second, it wanted countries that abuse human rights to be blocked from joining the council.

Trump’s team never got either wish, despite working behind the scenes to pass their reforms. That failure, mixed with UNHRC-skeptic Bolton becoming national security adviser in April 2018, led Haley to announce America’s withdrawal. “The council ceases to be worthy of its name,” Haley said at the time. “Such a council in fact damages the cause of human rights.”

However, to experts’ surprise, the UNHRC actually got better without the US, though that had less to do with America’s absence and more to do with the work of countries that remained, namely European nations.

“A lot of Western states stepped up,” Limon told me, particularly in highlighting human rights in war-torn countries like Syria and the Democratic Republic of the Congo. “Between them they had a huge impact and did some great work.” This year, members even asked top UN human rights officials to look into police brutality in America after the killing of George Floyd.

Analysts now say the UNHRC gets friendlier to human rights every cycle. That’s no different this time around, despite Russia and China winning seats. The makeup of the 47-member organization “will be the best UNHRC we’ve ever had,” Limon added, because it has more countries than ever that truly care about promoting human rights.

There’s clearly also been an attitude shift, as China and Russia both received lower-than-usual vote totals among those countries allowed in. Saudi Arabia, a nation with immense clout in the Middle East and around the world, didn’t make it, which might indicate that countries — which vote by secret ballot — are warier of the fact that council members must actually have a good record on human rights lest it risk not getting a say on those issues.

The council, then, is still problematic, but it’s not the hellscape it once was. In fact, it’s an institution ripe for America’s reentry.

First, as previously mentioned, it allows the US to help set the human rights agenda instead of ceding that control to more repressive regimes. “The United States can work with other council members to garner support for resolutions, for the appointment of experts, and to oppose those it doesn’t like,” said Bosco, the UN expert at Indiana University.

Plus, being on the UNHRC means the US would have more legitimacy as a country that cares about human rights than not. That could give it more so-called “soft power,” not only in the UN but around the world. According to the ICG’s Gowan, China is aiming to step into the void the US left. “Chinese diplomats are far more active in Geneva on human rights today than they were a few years ago,” he told me.

Second, Israel doesn’t really have a big defender on the council anymore. Israel isn’t a member, but the US usually acted as its proxy and backed Jerusalem when Item 7 came up. Now UNHRC states can pick apart Israel’s human rights record without a member ready and willing to provide another account.

Put together, it makes more sense for the US to be in the flawed council than out of it. Otherwise it loses more than it gains.

Help keep Vox free for all

Millions turn to Vox each month to understand what’s happening in the news, from the coronavirus crisis to a racial reckoning to what is, quite possibly, the most consequential presidential election of our lifetimes. Our mission has never been more vital than it is in this moment: to empower you through understanding. But our distinctive brand of explanatory journalism takes resources. Even when the economy and the news advertising market recovers, your support will be a critical part of sustaining our resource-intensive work. If you have already contributed, thank you. If you haven’t, please consider helping everyone make sense of an increasingly chaotic world: Contribute today from as little as $3.

Sorgente articolo:
Russia and China will join the UN Human Rights Council. The US should too. – Vox