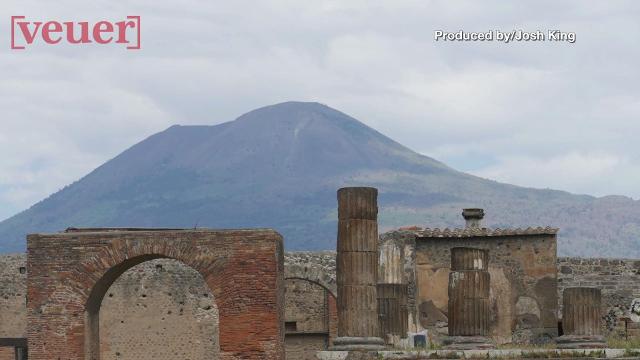 Skeleton from Vesuvius eruption in Pompeii dug up 2,000 years later

The skeleton of a man attempting to flee the eruption of Mt. Vesuvius in 79 A.D. has been found crushed under massive stone block.

A Canadian woman has returned artifacts she stole from Pompeii back to its original home 15 years later.

In a statement to USA TODAY Tuesday from the Archaeological Park of Pompeii, temporary director Prof. Massimo Osanna confirmed the tourist returned five objects, delivered to a travel agency which then informed the Carabinieri police station.

The finds, which were returned to the archaeological site, were also accompanied by a letter. And although the artifacts are finally back home, they can’t be placed exactly back to their original spot amongst the ancient ruins.

“Obviously they cannot be relocated because their precise origin is not known,” Osanna explained.

According to CNN and The Guardian, the tourist’s letter explained she experienced bad luck after taking the artifacts back in 2005, suffering both health and financial setbacks.

“We are good people and I don’t want to pass this curse on to my family” she reportedly wrote.

Osanna explained that tourists stealing items and then returning them because of a supposed curse is nothing new for the popular tourist destination in Italy that showcases the ruins of the Roman city destroyed by a volcanic eruption in 79 A.D.

“For several years, the Archaeological Park of Pompeii has been receiving letters from visitors who, on the occasion of their visit, had taken small objects (we are talking about mosaic tiles, small shards, stones, pieces of plaster, lapilli), of little value, but part of unique archaeological heritage, and that they decided after years to return, claiming to have derived only bad luck from that act,” the statement continued.

The statement added that the “legend of the curse” of the stolen artifacts “constitutes a deterrent to the repetition of similar episodes.”

“But we hope that an international civil awareness towards cultural heritage in general will increase, regardless of the fear of a bad luck that could affect those who make such gestures,” Osanna added.

At long last:  Stranded in Peru by COVID-19 pandemic, this tourist got to visit Machu Picchu all by himself