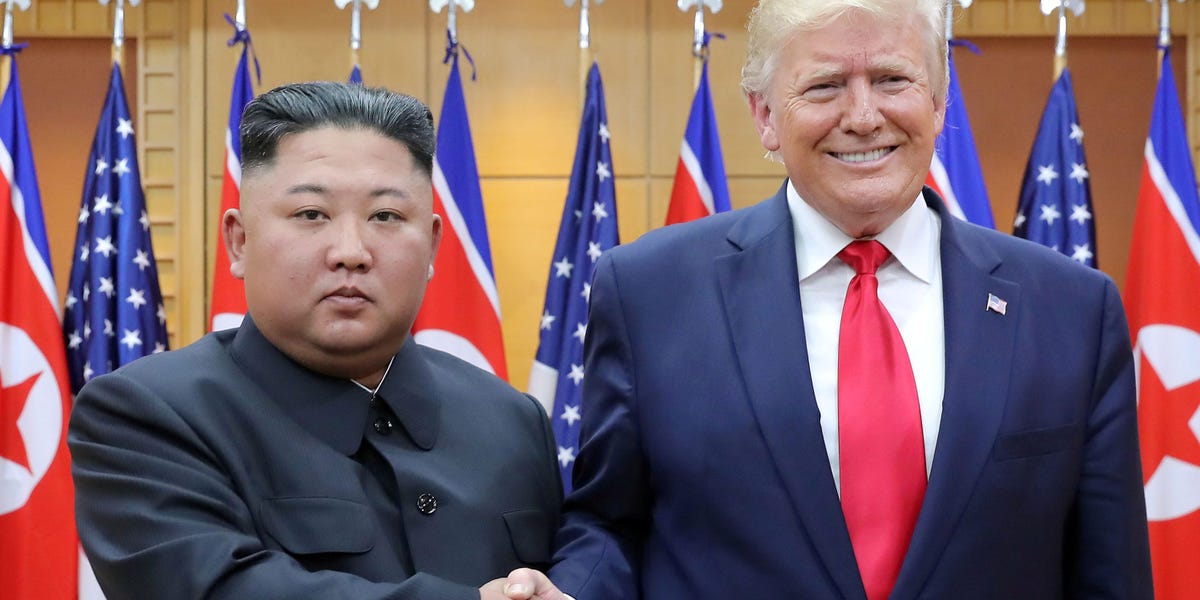 Joe Biden has accused the president of “legitimizing” the “thug” Supreme Leader of North Korea, Kim Jong Un, comparing their relationship to the United States’ relationship with Adolf Hitler before he invaded Europe.

During the televised debate in Nashville, Tennessee on Thursday evening, Trump sought to play up his record of improving US ties with hostile nations, claiming that former president Barack Obama warned him that North Korea was a major threat to the US before he formed a “very good relationship” with Kim Jong Un

“He [President Obama] indicated we’d be in a war with North Korea. Guess what? It’d be a nuclear war.

“He does have plenty of nuclear capability,” Trump said.

In response, Biden defended his tough stance on North Korea during the Obama administration, and accused Trump of allowing the communist state to increase its military threat to the US since he was elected to the White House in 2016.

“What has he done? He has legitimized North Korea. He’s talked about his good buddy who is a thug, a thug.

“And he talks about how we are better off. And they have much more capable missiles able to reach US territory than they ever did before.”

The US was neutral for the first two years of World War 2 until siding with Britain, France, and other European democracies that were fighting Nazi Germany in December 1941.

However, the US relationship with Germany had cooled in the years leading up to Hitler’s invasion of Poland in 1939.