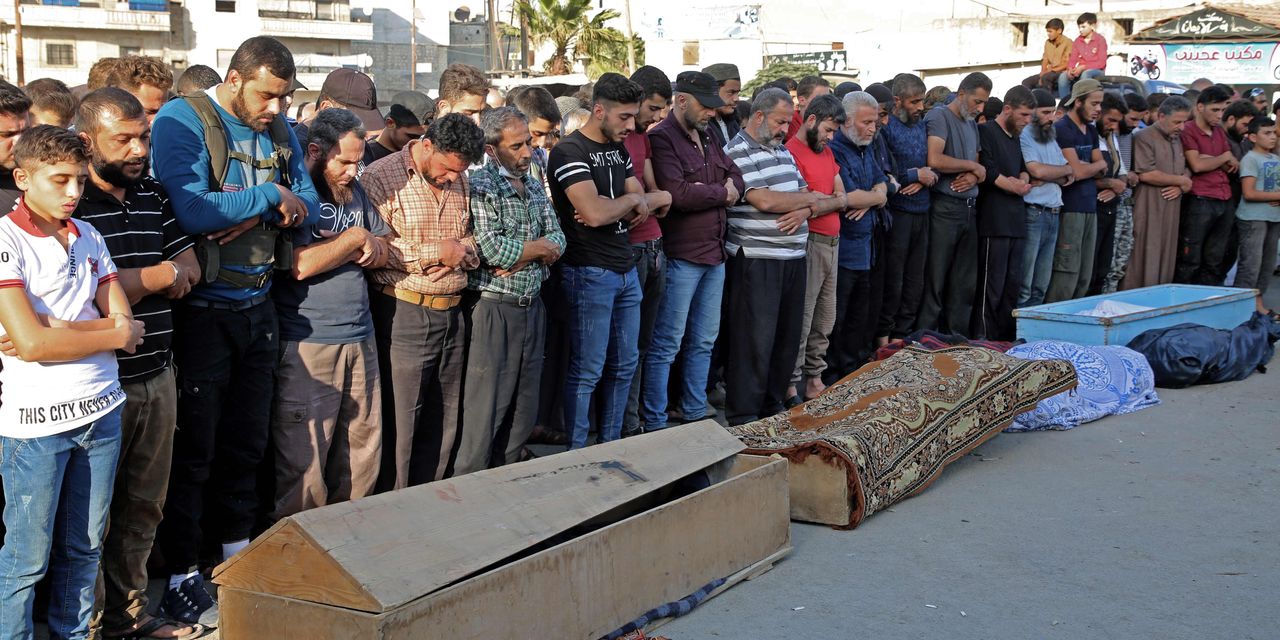 BEIRUT—Russian airstrikes killed dozens of Turkey-backed fighters in northwestern Syria on Monday, according to a spokesman for the fighters and a commander in the targeted group, in a deadly escalation of violence that puts a fragile cease-fire at risk.

A Russian aircraft that took off from Syria’s Hmeimim Air Base executed one raid, firing three ordnances at a training camp in Idlib province, said Maj. Youssef Hammoud, a spokesman for the Syrian National Army, a coalition of rebel groups backed by Turkey against Syria’s…