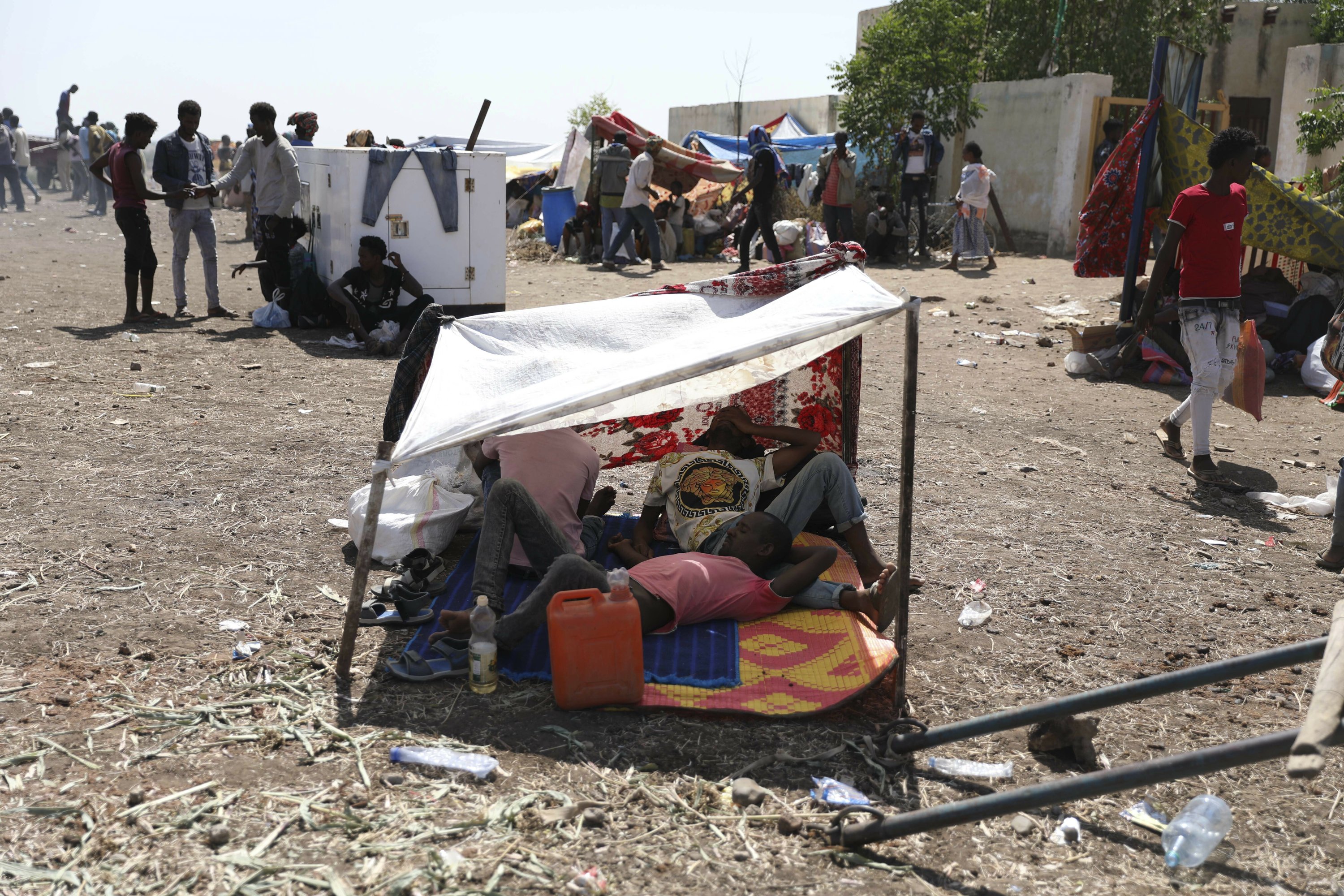 NAIROBI, Kenya (AP) — Rockets were fired at Eritrea’s capital on Saturday, diplomats said, as the deadly fighting in Ethiopia’s northern Tigray region appeared to spill across an international border and bring some of observers’ worst fears to life.

At least three rockets appeared to be aimed at the airport in Eritrea’s capital, Asmara, hours after the Tigray regional government warned it might attack. It has accused Eritrea of attacking it at the invitation of Ethiopia’s federal government since the conflict in northern Ethiopia erupted on Nov. 4.

Eritrea is one of the world’s most reclusive countries, and no one on the ground, including the information ministry, could immediately be reached. Details on any deaths or damage were not known. Tigray regional officials did not respond to requests for comment.

Experts have warned that Eritrea, long at bitter odds with the Tigray regional government, or Tigray People’s Liberation Front, could be pulled into Ethiopia’s growing conflict that has killed untold hundreds of people on each side and sent some 25,000 refugees fleeing into Sudan.

Earlier Saturday, the TPLF said it fired rockets at two airports in the neighboring Amhara region of Ethiopia, as the conflict spreads into other parts of Africa’s second-most populous country and threatens civil war at the heart of the Horn of Africa.

The TPLF said in a statement on Tigray TV that such strikes would continue “unless the attacks against us stop.”

Ethiopia’s federal government said the airports in Gondar and Bahir Dar were damaged in the strikes late Friday, asserting that Tigray regional forces were “repairing and utilizing the last of the weaponry within its arsenals.”

Each side in the fighting regards the other as illegal, the result of a monthslong falling out amid dramatic shifts in power after Nobel Peace Prize-winning Ethiopian Prime Minister Abiy Ahmed took office two years ago.

The Tigray regional government, which once dominated the country’s ruling coalition, broke away last year, and the federal government says members of the region’s ruling “clique” now must be arrested and their well-stocked arsenal destroyed.

Fears of ethnic targeting are rising. The Tigray People’s Liberation Front, which governs the region, in a statement denied allegations that scores or even hundreds of civilians were “hacked to death” Monday in the town of Mai-Kadra. The massacre was confirmed by Amnesty International, which cited a man helping to clear away bodies as saying many of the dead were ethnic Amharas.

The statement by Tigray regional president Debretsion Gebremichael asserted that the allegations against the TPLF forces, repeated by Abiy, are “being proliferated with the intent to incite hatred toward (ethnic) Tigrayans in Ethiopia.”

“A justified risk/threat of fear of ethnic profiling and discrimination has arisen,” the Ethiopian Human Rights Commission said in a statement Saturday. It has visited 43 people in police custody in the capital, Addis Ababa, and said “some of the detained have reported that they have been arrested only because of their ethnicity.”

The international community is warning against deadly ethnic tensions. The U.N. office on genocide prevention has said the rhetoric sets a “dangerous trajectory that heightens the risk of genocide, war crimes, ethnic cleansing and crimes against humanity.”

Communications and transport links with the Tigray region remain severed, making it difficult to verify claims on both sides. Desperate families cannot reach relatives, and the United Nations and other humanitarian organizations warn of disaster as food, fuel and other supplies run short for millions of people.

“The military escalation in Ethiopia is risking the stability of the whole country and wider region,” the European Union’s commissioner for crisis management, Janez Lenarcic, tweeted. “Should this endure, a full-blown humanitarian crisis is imminent. I am calling for unimpeded humanitarian access to Tigray.”

Meanwhile, a top TPLF official appeared to confirm the federal government’s claim that TPLF forces sparked the conflict by attacking a military base. Sekoutoure Getachew in a video discussion said pre-emptive strikes were carried out in self-defense against the Ethiopian army’s Northern Command, calling it an “internationally known practice.”

There is no sign of any easing in the fighting. Abiy has rejected growing calls by the United States and others for an immediate de-escalation.