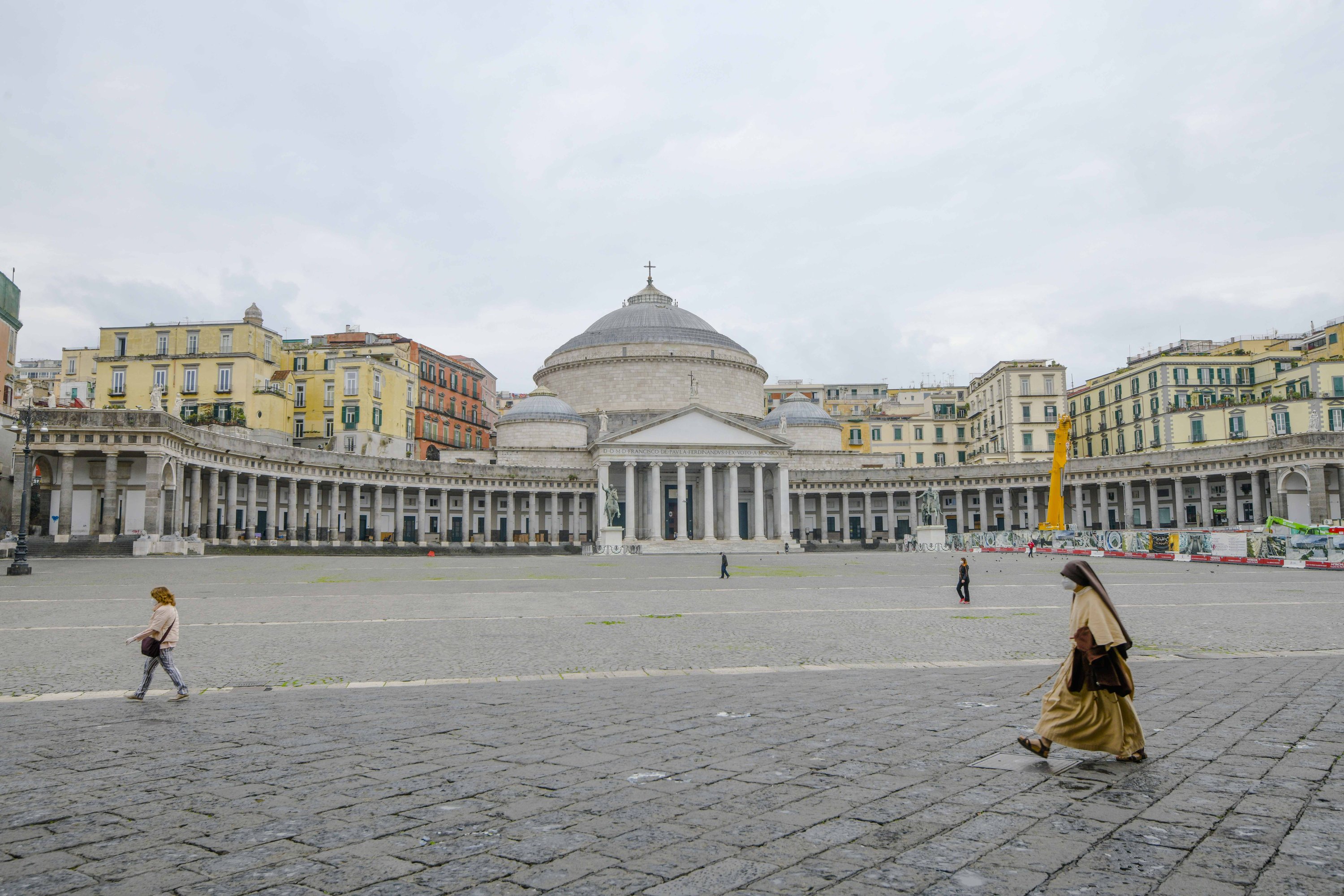 In the western city of Nantes, hundreds gathered in front of a statue of the Virgin Mary, some kneeling on the rain-soaked pavement, according to local broadcaster France Bleu. Similar gatherings were reported or planned in the eastern city of Strasbourg, in Bordeaux in the southwest, and outside the Saint-Louis Cathedral in Versailles.

With more confirmed virus cases than any other European country, predominantly Catholic France banned Mass and other religious services for the month of November as part of nationwide partial lockdown measures aimed at reining in infections and relieving pressure on hospitals. Churches and other religious sites remain open for individual visitors to come and pray.

France’s interior minister is scheduled to meet with religious leaders Monday to discuss when and how services could again be permitted, notably amid pressure to allow Christmas ceremonies.

ATHENS, Greece — Greek health authorities on Sunday 71 deaths from COVID-19, which is a single-day record for the country.

There were also 1,698 new confirmed cases, which was significantly lower than in recent days.

A record 392 patients are on ventilators and authorities are concerned over the rapid filling of intensive care units.

The country is now in its second lockdown and a nighttime curfew is being enforced.

ROME — Italy’s day-to-day new caseload of confirmed coronavirus infections decreased by a few thousand on Sunday, but roughly 32,000 fewer swab tests to detect the virus were conducted over the previous 24 hours.

Two more regions, which include the cities of Naples and Florence, on Sunday joined several other ”red zones” in Italy, beginning at least 15 days of restrictions, including a ban on leaving one’s town and the shuttering of non-essential shops.

Richard Blumenthal and Chris Murphy each tweeted Saturday that they had not had close contact with the staffer but were taking the step out of an abundance of caution.

Lamont’s chief spokesperson, Max Reiss, identified himself as the senior staff member who had tested positive in a release posted to Twitter on Friday. Reiss wrote he wasn’t sure how or where he had contracted the virus.

Murphy tweeted Saturday that he had “attended an event yesterday with the Governor but was not in close contact with the staff member who tested positive. Out of an abundance of caution, though, I am isolating until I get tested and consult with the Office of Attending Physician Monday morning.”

Blumenthal tweeted Saturday afternoon that he had “just returned from being tested myself and am currently self-isolating.”

CARSON CITY, Nev. — Nevada has reported a record number of new confirmed cases of the coronavirus for the second day in a row amid warnings from Gov. Steve Sisolak that the state is at a “critical juncture.”

Sisolak implored residents to stay home and do what they can to protect themselves a day after he announced he had tested positive for COVID-19. Sisolak told reporters on Friday that he wasn’t feeling any symptoms and would enter a quarantine.

Sisolak warned Nevadans earlier in the week that if the state fails to slow the spread of the virus within two weeks, he will be forced to reimplement stricter measures.

NEW YORK — Students, parents and teachers are continuing to anxiously watch New York City’s coronavirus test results. The latest figures Saturday fell under the city’s threshold for shutting down school buildings, but the mayor warned that the city was at a “crucial” point in fighting the virus’ resurgence.

Mayor Bill de Blasio cautioned parents and teachers Friday to plan for a potential school shutdown as soon as Monday, saying the city could cross its deciding line — 3% of coronavirus tests citywide coming back positive over a seven-day period — over the weekend.

“But that could change,” the Democratic mayor tweeted, warning that the city was facing “a critical weekend” in combating the pandemic.

New York City has the United States’ largest public school system, with more than 1 million students. It became one of few big cities to reopen classrooms this fall after the pandemic forced schools online in the spring, though families had the option of continuing all-remote learning this fall.

About 280,000 students have attended in person, far fewer than the city originally expected.

ATHENS, Greece — Deaths from the coronavirus have topped 1,000 in Greece, and authorities say that over half occurred since Oct. 18.

The Greek government has decided to shut down elementary schools, kindergartens and day care centers for two weeks starting Monday. Children will be schooled at home, as is already happening with high school and university students.

Authorities have stepped up enforcement of a 9 p.m. – 5 a.m. curfew, including by making arrests.

Two foreign exchange students who hosted an after-hours party at their apartment in the northern city of Thessaloniki were arrested Friday and fined 3,000 euros ($3,550) each on the spot. The 24-year-old Palestinian man and 21-year-old woman from France received also suspended prison sentences of 2 years and two months on Saturday.

Their 15 party guests, all university students from western Europe, were fined 300 euros ($355) each but not arrested.

BALTIMORE — The number of people testing positive for the coronavirus has soared to a new daily high in the United States.

Data from Johns Hopkins University indicates the number of confirmed cases reached 184,514 on Friday, as the number of people infected continues to surge.

The Johns Hopkins data shows the seven-day rolling average for virus-related deaths reported daily in the U.S. rose over the past two weeks from about 828 on Oct. 30 to 1,047 on Friday, an increase of about 26%

The seven-day rolling positivity rate also rose over the past two weeks from 6.4 to 9.6, an increase of about 50%, even as the number of tests performed has grown.