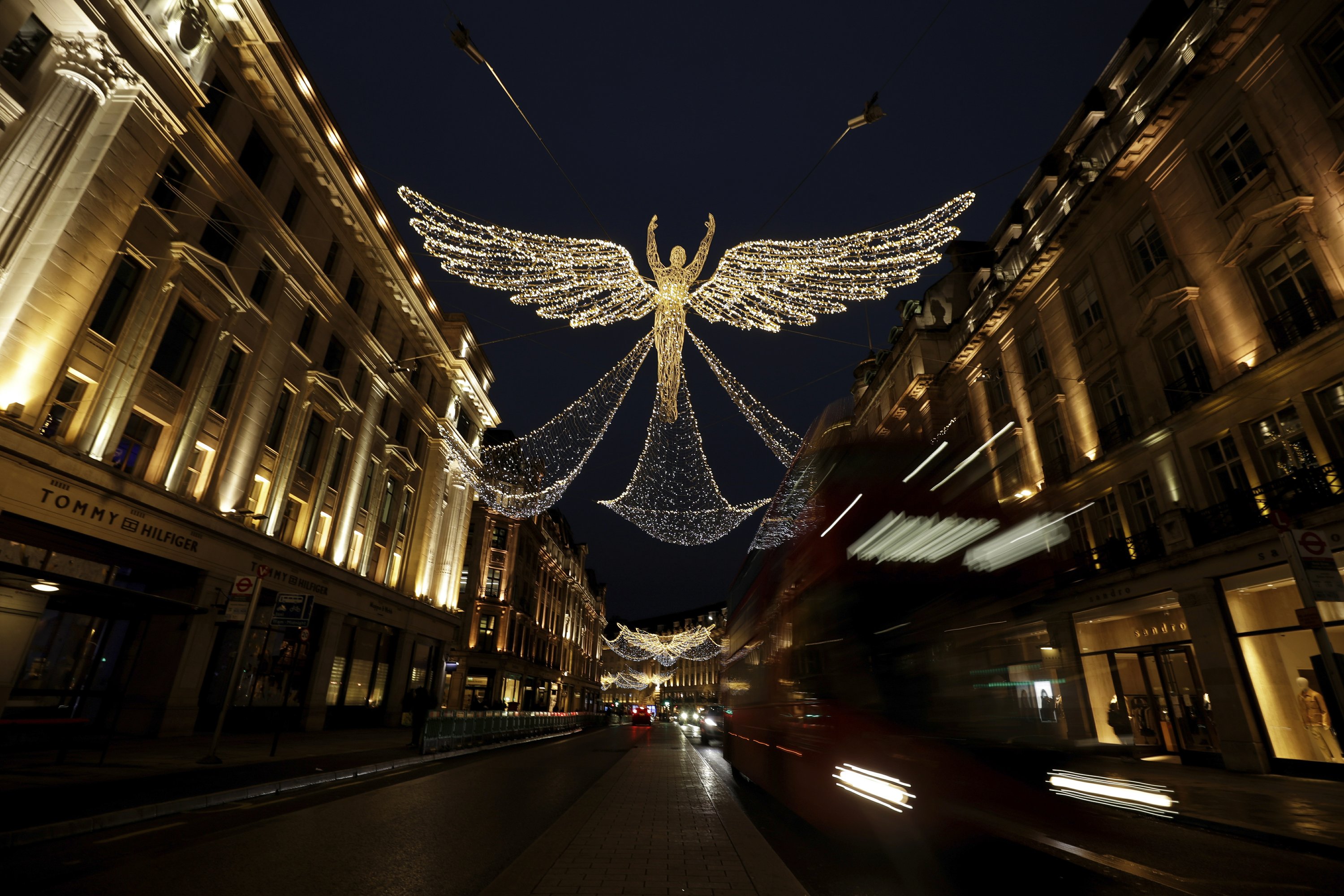 OLYMPIA, Wash. — Washington Gov. Jay Inslee has announced new restrictions on businesses and social gatherings for the next four weeks as part of the state’s efforts to slow the spread of the coronavirus.

Starting at 12:01 a.m. Tuesday, a host of businesses must close their indoor services, including fitness facilities and gyms, bowling centers, and movie theaters.

Retail stores, including grocery stores, must limit indoor capacity to 25%. Indoor social gatherings with people from more than one household are also prohibited unless attendees have either quarantined for 14 days before the gathering or tested negative for COVID-19 and have quarantined for seven days.

By Wednesday, restaurants and bars will be limited to outdoor dining and to-go service.

CHARLESTON, W.Va. — West Virginia has set another weekly record for the number of confirmed coronavirus cases, even with one day left to count.

Health statistics released Sunday show there were 3,718 positive cases reported statewide from Nov. 9 through Saturday. That six-day mark broke the record of 2,696 cases set for the seven days in the previous week.

The state set three daily marks for confirmed cases in the past week, including a record 821 cases on Friday. Daily records have been set seven times in the past three weeks. There had been no daily records set in the six weeks prior to that, an indication of the recent surge in the virus.

Gov. Jim Justice on Friday announced that face coverings will be required at all times in businesses and other indoor spaces. He first issued an indoor mask order in July that did not require masks if social distancing was possible. The new mandate requires masks at all times except when eating or drinking.

LONDON — One of the scientists behind the experimental coronavirus vaccine developed by BioNTech and Pfizer says he’s confident that it could halve the transmission of the virus, resulting in a “dramatic” curb of the virus’ spread.

The chief executive of Germany’s BioNTech said Sunday that it is “absolutely essential” to have a high vaccination rate before next autumn to ensure a return to normal life next winter. He says if everything continues to go well, deliveries of the vaccine will start late this year or early next year.

He says he’s confident that transmission between people will be reduced by perhaps 50% through a highly effective vaccine.

WASHINGTON — Joe Biden’s scientific advisers will meet with vaccine makers in coming days as the presidential transition remains stalled because of President Donald Trump’s refusal to acknowledge that he lost the election.

Fauci, who heads the National Institute of Allergy and Infectious Diseases, has been through multiple presidential transitions during 36 years of government service. He likens the process to runners passing on the baton in a relay race, saying, “You don’t want to stop and then give it to somebody. You want to just essentially keep going.”

The president-elect’s outreach to the vaccine manufacturers comes as the coronavirus pandemic in the U.S. has entered perhaps its most dangerous phase. The seven-day rolling average for new daily cases stood at 145,400 on Saturday, according to data from Johns Hopkins University. That means the U.S. is adding about 1 million new cases a week, and deaths averaged 820 a day as of Saturday, a 33% increase in just two weeks.

Biden’s chief of staff, Ron Klain, says the consultations with pharmaceutical companies will begin this week.

Although hospitals pushed for the right, many nurses say it will make their lives even harder than they’ve been during the pandemic.

Adam Johnston, an emergency room nurse in Fargo, says it will be impossible to not wonder if other nurses in the break room or cafeteria might be infected.

And nurses also questioned why the Republican governor would make such a move when for months he resisted more common steps such as statewide orders requiring masks or limiting the size of gatherings.

Experts say other states are weighing moves similar to Burgum’s.

In the western city of Nantes, hundreds gathered in front of a statue of the Virgin Mary, some kneeling on the rain-soaked pavement, according to local broadcaster France Bleu. Similar gatherings were reported or planned in the eastern city of Strasbourg, in Bordeaux in the southwest, and outside the Saint-Louis Cathedral in Versailles.

With more confirmed virus cases than any other European country, predominantly Catholic France banned Mass and other religious services for the month of November as part of nationwide partial lockdown measures aimed at reining in infections and relieving pressure on hospitals. Churches and other religious sites remain open for individual visitors to come and pray.

France’s interior minister is scheduled to meet with religious leaders Monday to discuss when and how services could again be permitted, notably amid pressure to allow Christmas ceremonies.

ATHENS, Greece — Greek health authorities on Sunday 71 deaths from COVID-19, which is a single-day record for the country.

There were also 1,698 new confirmed cases, which was significantly lower than in recent days.

A record 392 patients are on ventilators and authorities are concerned over the rapid filling of intensive care units.

The country is now in its second lockdown and a nighttime curfew is being enforced.

ROME — Italy’s day-to-day new caseload of confirmed coronavirus infections decreased by a few thousand on Sunday, but roughly 32,000 fewer swab tests to detect the virus were conducted over the previous 24 hours.

Two more regions, which include the cities of Naples and Florence, on Sunday joined several other ”red zones” in Italy, beginning at least 15 days of restrictions, including a ban on leaving one’s town and the shuttering of non-essential shops.