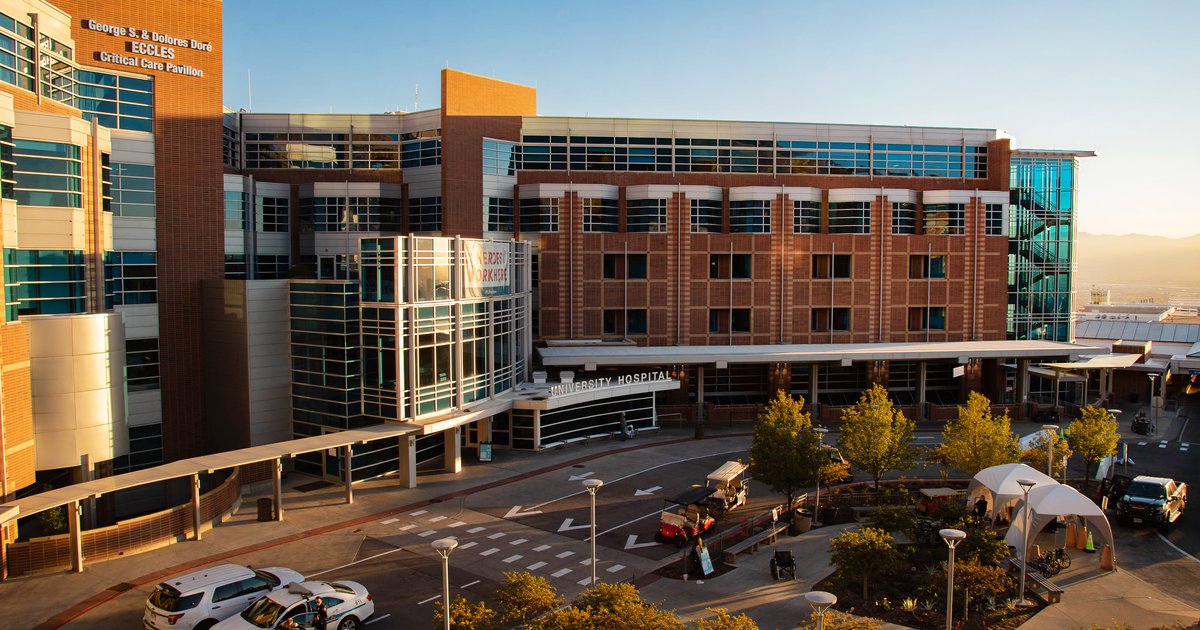 The average Utahn hospitalized with COVID-19 is 54 years old.

Here’s maybe another surprise: Only about half (51.6%) of hospitalized Utahns have one or more confirmed preexisting conditions.

In other words, it’s not all “high-risk” people. Our hospitals are teeming with previously healthy, average people, who were going about their lives one day and ended up in the hospital the next.

I bring this up for obvious reasons: Our hospitals and intensive care units are in the news. The state says that “when 85% capacity is reached, Utah will be functionally out of staffed ICU beds, indicating an overwhelmed hospital system.” As of Friday, 87.4% of our ICU beds at our referral center hospitals are occupied. You don’t have to be a master logician to draw the right conclusion — our hospitals are overwhelmed.

But I want to talk about the people at those hospitals. Who are they? How likely are they to recover, and what will that road to recovery look like? It’s important information.

Who is in Utah’s hospitals?

Right now, there are 473 people in Utah’s hospitals for confirmed COVID-19; 19 more are in for suspected COVID-19 that hasn’t yet been confirmed by a positive test. In total, 184 people are in the ICU, while 277 are in more standard hospital rooms.

The gender split is 50.3% male and 49.7% female. That might be a little surprising, too, as 63% of Utah coronavirus deaths have been men so far.

In November, we’ve been averaging about 68 new people sent to the hospital each day.

What happens to those in the hospital?

We’ll start with the elderly. One study looked at the outcomes of hundreds of patients who were admitted to 13 geriatric wards across Paris. All of those studied were 70 or older and 31% of those patients died in an average of 10 days. And among those who lived, 37% experienced kidney failure, 23% experienced delirium, and 12% had heart failure. This is an exceptionally dangerous disease for the elderly.

But I was surprised at some of the statistics for younger groups. Children rarely go to the hospital — in Utah, only 0.7% of those cases between 1 and 14 ended up there — but when they do, they end up in the ICU about as frequently as everyone else. One Centers for Disease Control and Prevention study across 14 states found that one in three children who are hospitalized end up in the ICU, indicating that they were severely sick. However, deaths are quite rare among people that young.

Many have compared COVID-19 to the flu in children, so one international study looked at health databases from around the world to compare the two. They found that more mild symptoms like a cough and fever were more likely in children with the flu; but more serious repercussions were more common with COVID-19 — children were five to 13 times more likely to be hospitalized for COVID-19 than for the flu, depending on the country studied. Lung infections, pneumonia, and multisystem inflammatory syndrome were all much more likely in COVID-19 infections than influenza ones.

That 2.7% doesn’t sound huge, but consider this: It’s about double the mortality rate for heart attacks in the same age group. If you’re sick enough to end up in the hospital for COVID-19, it’s a pretty dangerous thing, even if you’re relatively young.

What happens to people after they get out?

This, to me, is the scary section. Now that we’ve had some time to see what happens to people after they’re hospitalized, I’m very surprised at how frequently long-term effects linger. There have been multiple studies looking at how people are getting along 60 to 90 days after they are discharged from the hospital, and while the numbers vary, they’re generally pretty worrying.

I guess we’ll start with the good news first: People’s lungs seem to heal relatively well. One study looked at hundreds of radiographs two months after hospital discharge and 89% of them showed either full health or improved lung condition.

My goodness, though, the mental health aspect is frightening. One Spanish/Australian study found that 59% of patients had neurocognitive impairment in at least one way two months later. Immediate verbal memory and learning was impaired in 38% of hospitalized patients, delayed verbal memory was found in 11.8%, reduced verbal fluency in 34.6%, and executive function decline in 6.1%.

Oh, and 30% screened positive for anxiety, 27% were found to be depressed, and 25% had post-traumatic stress disorder. That roughly matches another study, which found 29% had PTSD three months after hospitalization.

One study in Michigan just asked people how they were doing two months after they were discharged, less from a medical point of view and more from a quality-of-life one. Of the 195 people who were employed before COVID-19, 78 (40%) weren’t working anymore, either because of their health issues or because they had lost their job. An extra 30 people (15%) had their job hours reduced or their duties changed because of their spell with COVID-19.

Of those studied in Michigan, nearly half said they had been emotionally affected by their health, though only 6% sought professional help two months later. But 36% of people reported “at least a mild financial impact” from their hospitalization — 10% of folks used most or all of their savings. And 7% were rationing some combination of food, heat, housing, or medications due to their changed finances.

That Michigan study hit me. It’s probably not right, but it can be easy to disassociate from medical diagnoses and jargon. But good people losing their jobs, emotionally suffering, and some starving or freezing at home? Well, that’s really tough to swallow.

When I wrote about COVID long-haulers in July, I made it clear that I wasn’t trying to scare you, rather I was trying to inform you of the long-term consequences. Now, though, with hospitals overrun in Utah? And with more information about how this impacts people down the road? Well, I’d be lying to you if I didn’t tell you — the reality of the situation is a scary one.

My advice: Do what it takes to avoid being hospitalized with COVID-19. If not for your community, do it for yourself.

Andy Larsen is a data columnist. He is also one of The Salt Lake Tribune’s Utah Jazz beat writers. You can reach him at alarsen@sltrib.com.

Sorgente articolo:
Who is in Utah’s hospitals with coronavirus — and what’s likely to happen to them – Salt Lake Tribune