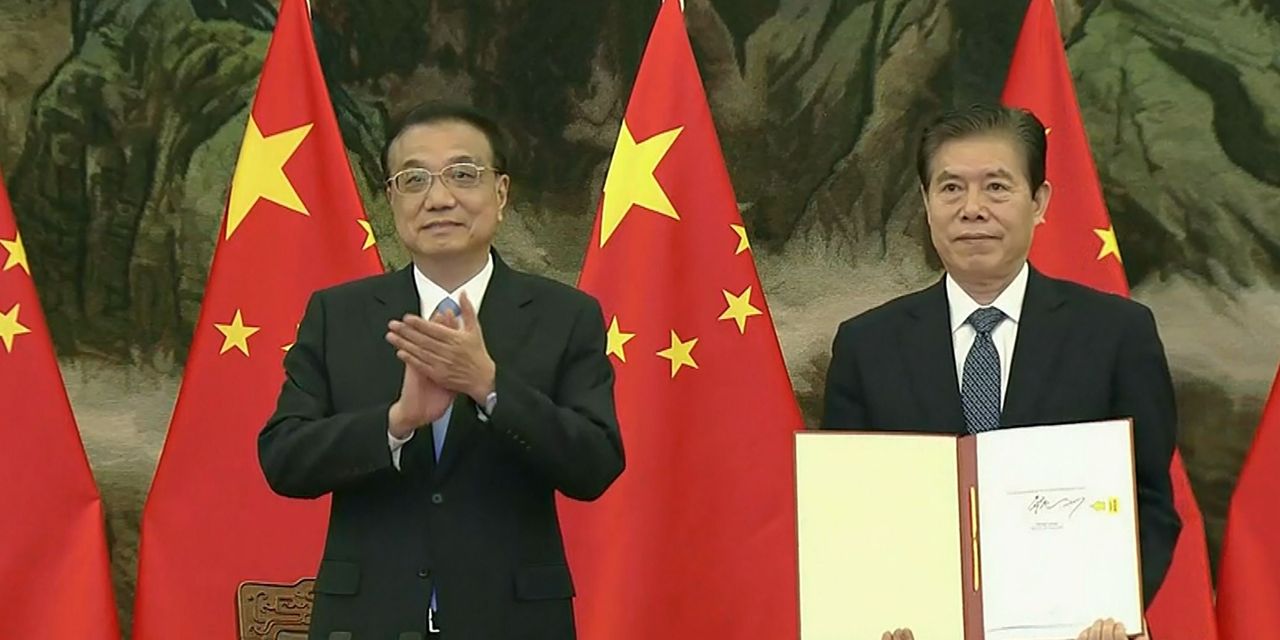 A mammoth Asian trade deal covering about a third of global GDP was signed on Sunday, nearly a decade after it was first mooted. The deal is being presented as a win for the Chinese government—but its weaknesses leave Beijing far short of a leadership position on regional trade.