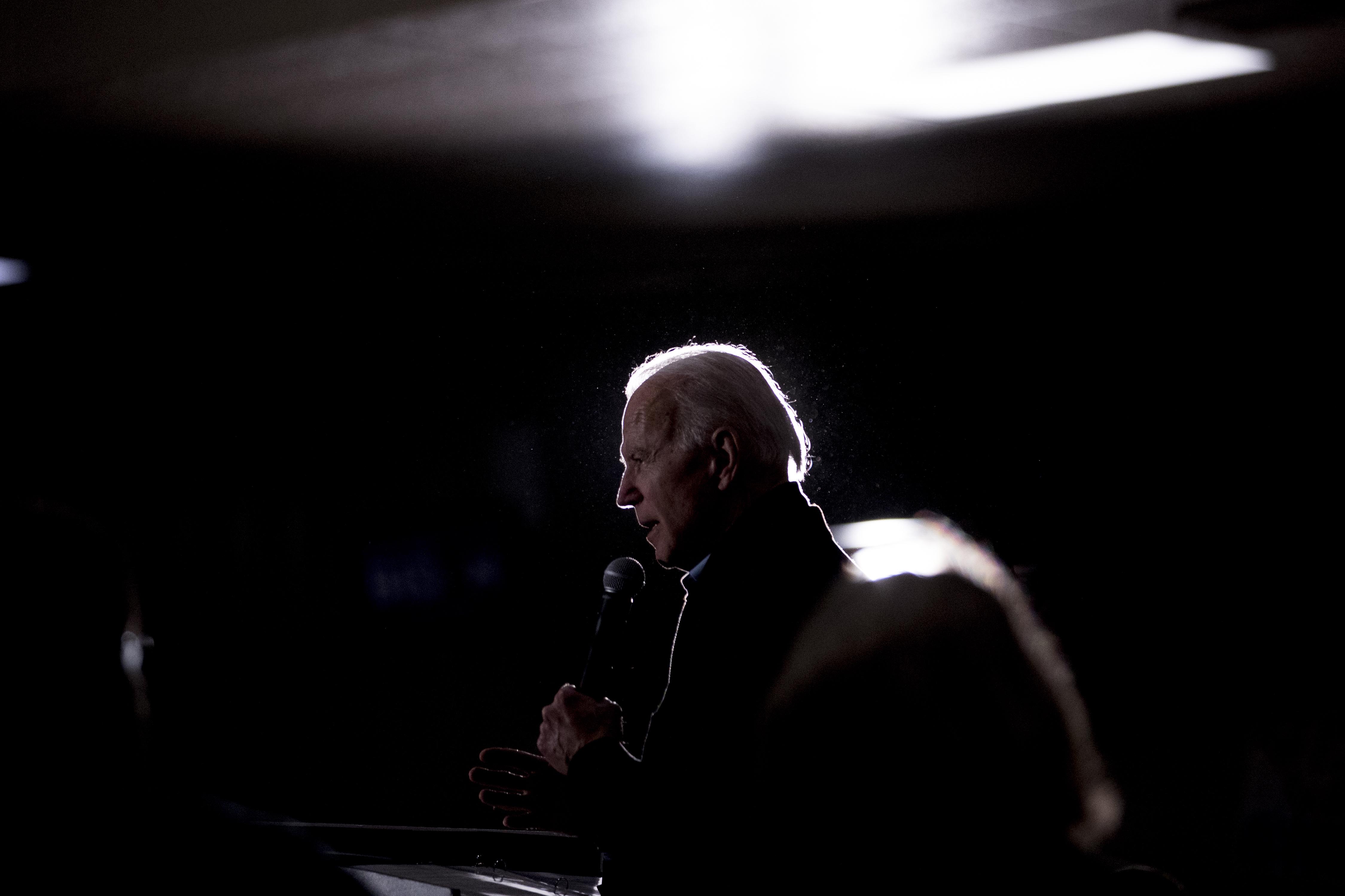 That set-up is already creating an awkward contrast with the vocal Facebook-haters in the party. DNC’s chief mobilization officer Patrick Stevenson tweeted last week that “the two biggest institutional threats to our democracy are the Republican Party and Facebook.” Campaign spokesperson Bill Russo argued shortly after the race was called for Biden that Facebook is “shredding the fabric of our democracy.”

One senior Democratic strategist close to the campaign put it more plainly. “We basically think they’re an immoral company,” said the strategist, speaking anonymously to discuss the thinking inside the party. “There are thousands and thousands of people in their 20s and 30s and 40s who will be incensed to find themselves working for Secretary of Commerce Sheryl Sandberg, or taking a soft touch to Facebook because Nick Clegg and Joe Biden go way back.”

Much of the anger comes from rancor over the company’s failure to prevent Russian misinformation campaigns in the 2016 election and a feeling that Facebook didn’t do enough to address the spread of false information or hate-filled posts in the 2020 race. Others in the progressive wing of the party, including Massachusetts Sen. Elizabeth Warren, have focused on Facebook’s market power and called it a monopoly that needs to be broken up.

The question becomes whether, after Inauguration Day, a Biden administration acts on the anger coming from the Democratic party’s anti-Facebook factions or if it absorbs Facebook back into the Democratic establishment, embracing the friendly relationship of the Obama years.

Joe Biden says he wants to overhaul the nation’s response to the coronavirus pandemic. Step one: Get the nation to mask up. Easy, right? Not when a bloc of GOP governors remain opposed to the idea.

The people are in place who could serve as go-betweens with their former employer, maybe finding a middle ground. In addition to Zients, the transition’s general counsel, Jessica Hertz, was most recently a director at Facebook where she helped the company navigate the FTC’s investigation on data privacy and Cambridge Analytica. Former Facebook lobbyist Louisa Terrell is heading up the transition’s congressional relations. Austin Lin, a program manager at Facebook from 2017 to 2018, is on the 4-person agency review team tasked with the Executive Office of the President. And Erskine Bowles — who spent eight years on Facebook’s board — has been advising the transition team.

In a statement, the Biden transition team said it supports the campaign’s efforts to call out Facebook and that it “is committed to implementing the policy ideas presented by the campaign.” The team declined to make anyone available for an interview.

There are signs the president-elect is trying to embrace a big tent approach to tech as he prepares to take office, putting both industry veterans and tech critics on a number of transition teams. One member in particular is likely to rankle Silicon Valley: Sarah Miller, a former Obama administration official and co-founder of American Economic Liberties Project who has long argued that Facebook needs to be broken up.

And Biden himself has not been soft on Facebook during the campaign. “I’ve never been a fan of Facebook, as you probably know. I’ve never been a big Zuckerberg fan,” the then-Democratic candidate told The New York Times editorial board in January. “I think he’s a real problem.”

Facebook said in a statement it had taken steps to preserve the integrity of the election, including having “highlighted reliable election information where nearly everyone on Facebook and Instagram saw that Vice President Biden was the projected winner of the U.S. election.”

But the anger at Facebook from the Biden campaign — especially among staffers working on its digital and advertising operations — goes back years and has widely spread throughout the Democratic rank-and-file.

Democrats have been angry with Facebook since 2016, when they thought that the company let both Russian disinformation artists and conservatives run amok and post falsehoods, happy to run a right-wing echo chamber. They were also angered that Facebook seemed to encourage the idea that Clinton failed in not making the most of their tools the way that the Trump campaign had.

Biden campaign officials argue that over the last 18 months, Facebook has let them down again and again: letting misinformation run wild, distracting the public and media with discussion of ads and failing to crack down on Trump’s worst abuses.

One night in mid-September things reached a breaking point, one Biden campaign official said. Facebook officials had assured the campaign it would take down any attempts by presidential candidates to call into question the legitimacy of the election. The very next day, said the official, Facebook did not take swift or severe enough action against a Trump post that seemed to encourage voters in North Carolina to vote twice.

“He tells people to commit a felony and they did nothing with it,” said the official, who spoke anonymously to avoid discussing internal campaign conversations. “That was the moment where it was, like, ‘We’re done here.’” (Facebook eventually labeled the post.)

Since Election Day, as President Donald Trump has repeatedly claimed without evidence of massive fraud, campaign operatives have taken it on as their duty to make sure Biden holds Facebook to account. They’re particularly incensed by Facebook’s decision to continue a ban on political ads with pivotal Georgia run-off elections for the Senate set for January.

Technology news from Washington and Silicon Valley — weekday mornings, in your inbox.

“They’re allowing these fake news stories to run rampant, and people are seeing those, and not seeing real information,” said Megan Clasen, who was a senior paid media adviser on the Biden campaign.

As the Biden campaign transforms into the Biden administration, a lot is at risk for Facebook and the company’s lobbying effort is likely to be intense. And it’s unclear how much power the anger about misinformation will hold when the country is months past the Election Day fray.

Biden will be making calls on whether to bring to bear the federal government’s antitrust tools against the company or push for a rollback of Facebook’s legal protections.

The Federal Trade Commission already is expected to file an antitrust case against Facebook this month. Congress, the Department of Justice, and the Federal Communications Communion have in recent years explored overhauling the legal protections on what users post to online platforms like Facebook. If a Biden administration chooses to focus its energies on Facebook, it could push those efforts from mostly rhetoric to real action — including breaking apart the nearly $800 billion company. If the Biden administration takes its cues more from the Obama era, however, it would take a light touch approach, largely letting Facebook conduct business as it sees fit.

The political friendship between Biden and former British politician Nick Clegg, who is now Facebook’s vice president of policy and communications, could also provide an opening for the company. Shortly after major new networks called the race for Biden, Clegg reminisced fondly about the Democrat in a BBC interview. “He’s your classic warm, back-slapping, politician, full of bonhomie, but still able to, kinda, switch gear when he needs to,” said Clegg.

Theodoric Meyer contributed to this report.