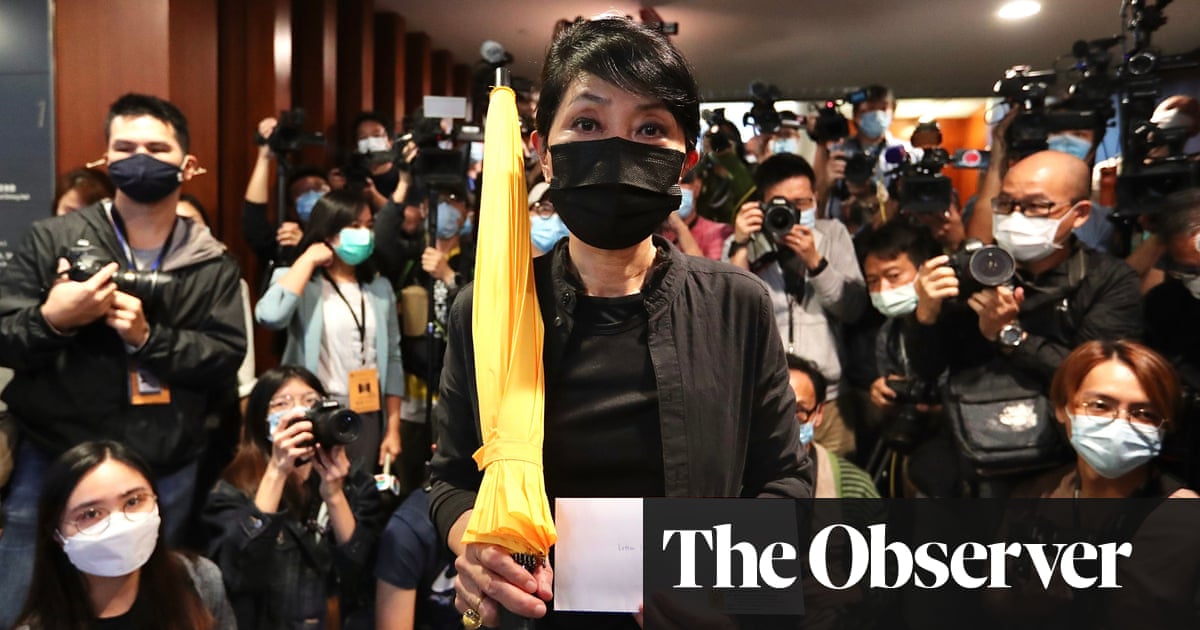 Hong Kong’s battered pro-democracy opposition faces a bleak political future after a week that saw the entire bloc resign from the city’s legislature to protest at the ousting of four members for “unpatriotic” conduct under a new law.

Chinese authorities have signalled that those who walked out may not be able to stand in future elections on the grounds their protest was itself unpatriotic and therefore bars them from office, Sin Chung-kai, a member of the Democratic party executive board, told the broadcaster RTHK.

And if new candidates are willing to take the political risk of standing as pro-democratic, they are likely to face a shrinking voter base as people concerned about China’s tightening grip on Hong Kong seek to emigrate.

The British government has said up to a million people could take advantage of a special visa to resettle in the UK over the next five years.

“It’s the hardest time I’ve ever had since I started my life in politics 35 years ago,” Sin said. “I think a substantial chunk of these people [who vote for us] will choose to leave Hong Kong. Support for pro-democrats will be reduced.”

Hong Kong’s pro-democracy politicians have always operated in a system stacked against them, set up to minimise the weight of the popular vote and ensure pro-establishment authorities would always hold the balance of power.

Their influence was amplified by the right to freedom of speech and to protest, which was guaranteed under the terms of the 1997 handover from British colonial rule and protected by rule of law and an independent judiciary.

But this summer Beijing passed a sweeping national security law that has been used to target academics, journalists and protesters as well as politicians. Authorities insisted that it would not curtail the city’s core freedoms but the effect has been chilling.

“It’s really hard to see any path for a meaningful political opposition in Hong Kong,” said Louisa Lim, author of The People’s Republic of Amnesia: Tiananmen Revisited and a senior lecturer at the University of Melbourne. “The national security laws have the effect of criminalising certain forms of political expression and lobbying, and the latest expulsions of very moderate politicians are almost certainly intended to send the message that political opposition is futile and can even be dangerous.”

Yet the politicians who walked out insist that they have not given up on their vision for Hong Kong’s future, even if they can no longer serve as lawmakers.

“We are only quitting the legislature at this point in time – we haven’t quit the democracy fight yet,” Claudia Mo, a journalist and activist, told the BBC.

A stark realism has been built into the protest movement almost since it began. Even when Hong Kong was convulsed by demonstrations last year, many of those in the streets said they had come out not because they hoped they could bring about change but because they wanted their resistance noted for posterity.

And the activist Joshua Wong insisted that the movement was not withering under pressure. “Although some pessimists may call it a ‘bottleneck’, we are still finding novel ideas and ways to continue the momentum,” he said on Twitter.

“Taking to the streets is not the only way of demonstrating people’s voices. Behind the cameras … people in Hong Kong also attend court hearings to support fellow protesters who are facing trials, and do frequent prison visits and write letters to protesters in detention.”