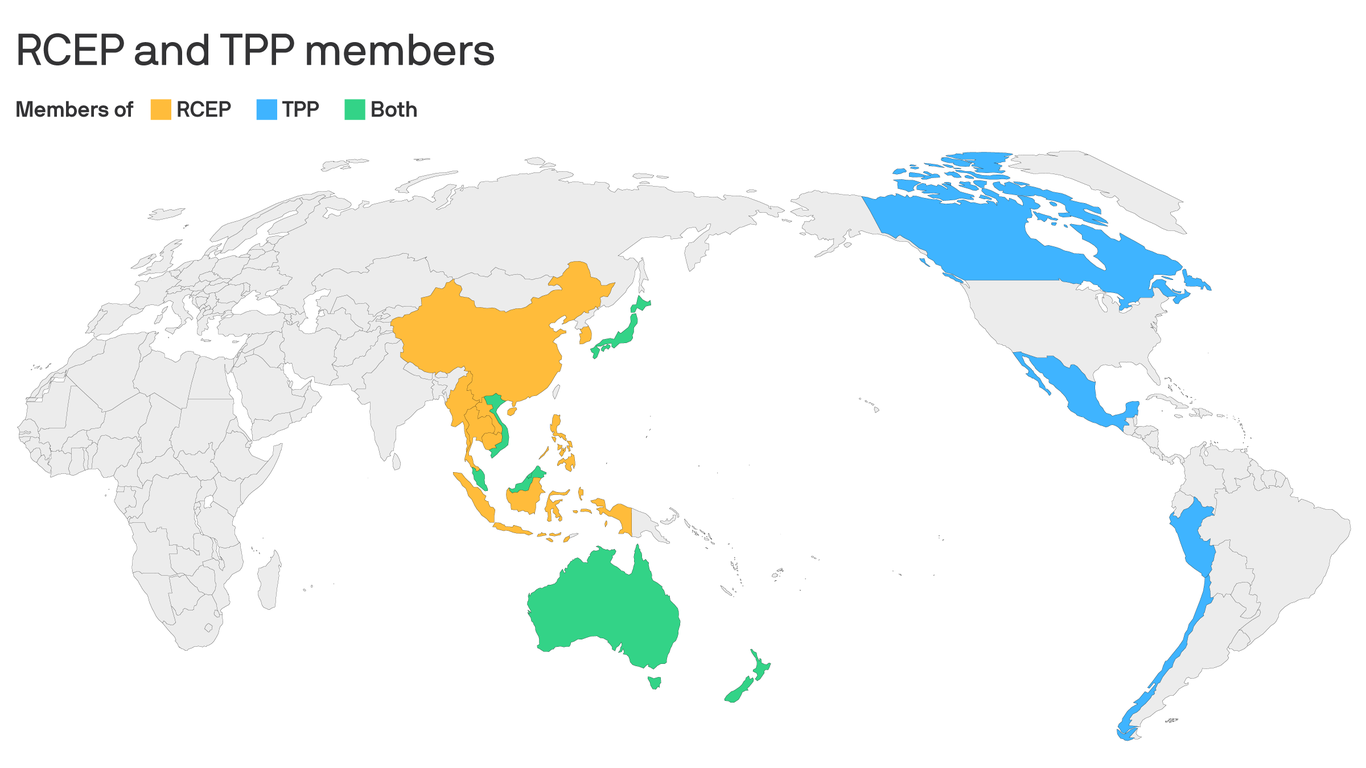 The largest free trade area in the world came into existence over the weekend — and the U.S. was not even invited.

Why it matters: For the first time in living memory, the hegemon at the center of a major global free trade agreement is not the U.S.

Flashback: The Obama administration was explicit that the U.S. should be the anchor of a Pacific Rim trade agreement, the TPP, that pointedly excluded China.

The bottom line: Big new trade pacts are extremely difficult to negotiate. China showed real determination in getting this one done, even as the U.S. demonstrated almost no interest in improving or even maintaining economic relations with the region. China’s partners in RCEP are likely to remember for many years which of the two giants was more reliable.