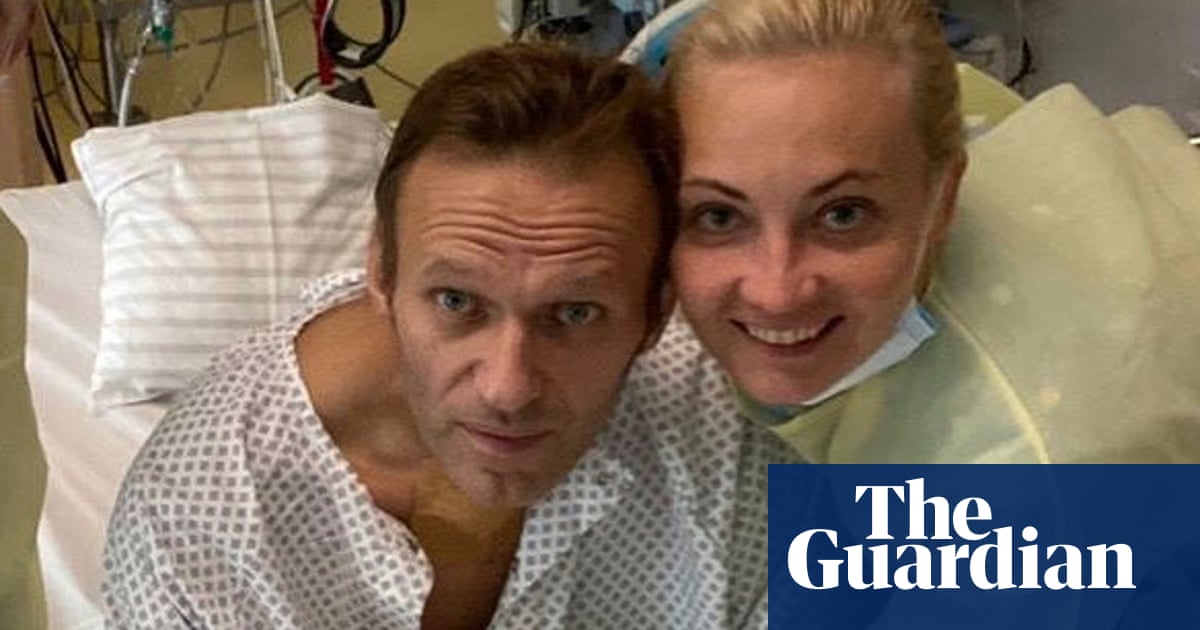 Western security agencies believe the Kremlin intended to kill the opposition leader Alexei Navalny and only failed to achieve the deadly goal because of quick thinking by first responders when he suddenly fell ill in August.

The conclusion from lab tests is that Navalny was poisoned using a potentially milder strain of novichok than the one used in the Salisbury attack, pointing to an active chemical weapons programme in Russia capable of producing different variants of the poison.

Diplomats from Britain, France and Germany are now working together to try to get the OPCW chemical weapons agency to formally declare that Russia was responsible at a plenary meeting, which starts at the end of the month.

It is unclear if that effort will succeed, but European security agencies say in private there is “growing evidence” of Russian state involvement in the attack.

Navalny collapsed on 20 August while on a flight from Tomsk to Moscow. He fell into a coma and is probably only alive because the plane made an emergency landing in Omsk where he was given atropine, the only drug known to be effective, by the doctors first treating him.

Tests have been carried out in labs in Germany, where Navalny was airlifted for treatment, France and Sweden and by the OPCW. All concluded traces of the novichok nerve agent were found in the opposition leader’s body.

They also concluded the strain of novichok used was different from that used in the Salisbury attack in the UK in 2018, which targeted Sergei Skripal and his daughter Yulia and ultimately led to the death of a British woman, Dawn Sturgess.

In October, the OPCW said in a statement that the traces of novichok found in Navalny’s blood and urine samples had “similar structural characteristics” to the nerve agent banned after Salisbury.

Hamish de Bretton Gordon, a chemical weapons specialist, said: “Reading between the lines between the way Navalny and the Skripals were treated, this novichock also appears to be less toxic and slow to have an effect.”

Navalny has accused Vladimir Putin of being behind the crime. Such an attack on Russia’s most prominent opposition politician, using a chemical weapon so closely associated with the Kremlin, will almost certainly have been sanctioned by the president, western intelligence agencies add.

Moscow has denied involvement. It has suggested foreign states may have been responsible as part of a plot to stir up internal tensions. Last week Sergei Lavrov, Russia’s foreign minister, claimed Navalny could have been poisoned in Germany or on board a medical plane taking him from Siberia to Berlin.

Officially, the Kremlin destroyed its stockpile of chemical weapons in October 2017. But last month, Bellingcat, an investigative website, reported that the Russian programme had dispersed to a number of secret labs and was still in operation.

According to Washington and London, over the past decade Russia has produced and stockpiled small quantities of novichok. One of the two Salisbury assassins – Alexander Mishkin – liaised with the head of a St Petersburg military laboratory ahead of the Skripal mission, Bellingcat reported.

Meanwhile, last month, it emerged that western agencies had concluded that Russia’s domestic spy agency, the FSB, had carried out the Navalny poisoning. The UK and EU targeted the FSB chief, Alexander Bortnikov, as well as five other senior Russian officials and a Moscow research institute.

But security officials and diplomats hope to go further and are focused on individuals such as Gen Alexei Sedov, who runs the FSB’s second service, responsible for tackling terrorism, extremism and internal political threats. Diplomatic sources have accused the division of carrying out the poisoning.

The latest developments come as the first trip by a UK government minister to Russia since 2017 gets under way, a three-day visit from the junior Foreign Officer ministe Wendy Morton, where she is expected to discuss the attack on Navalny.

Morton’s trip is likely to be challenging. The Labour MP Chris Bryant revealed he fell violently ill with food poisoning during an official trip to Russia in 2009. Bryant said there were repeated calls made to his hotel room every hour. “I gather these were standard practice irritants meted out by the FSB to ‘difficult’ visitors,” he wrote.

Western agencies still do not know exactly how Navalny was poisoned, although they believe – as the opposition leader has himself suggested – that he was targeted in his hotel room on a trip to Siberia, possibly by adding novichok to a water bottle.

A few drops of novichok – a colourless, odourless poison first developed by Russia in the 1970s – added to a drink or applied direct to the skin is normally enough to kill, prompting some to question why Navalny did not die quickly, even allowing for the timely treatment.

Western security agencies also suspect the attack may have been bungled in some way, although there is no evidence to back this up. Navalny spent three weeks in a coma, but has made a gradual recovery, saying in September he could walk and recognise people.