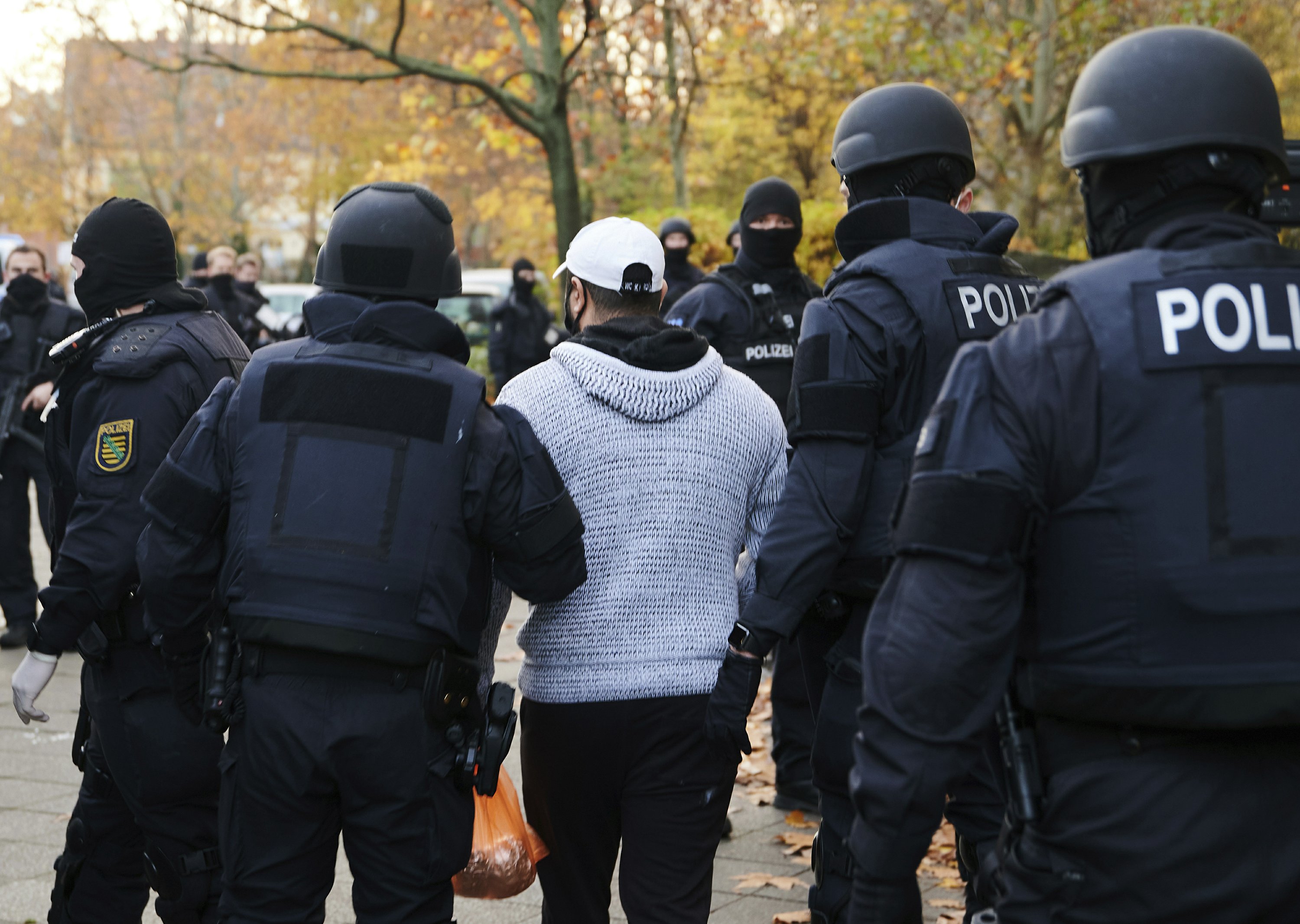 BERLIN (AP) — More than 1,500 police carried out a series of searches in Berlin and arrested three people in a massive operation connected to the spectacular theft of 18th-century jewels from a unique collection in Dresden last November, authorities said Tuesday.

The operation was coordinated by police and prosecutors in Dresden investigating the Nov. 25, 2019, theft of a large diamond brooch, a diamond epaulette and other treasures from the Saxony city’s Green Vault Museum.

A total of 1,638 police officers from Saxony, Berlin and several other states, as well as federal special police forces, searched a total of 18 locations, including 10 apartments and also garages and vehicles.

Their target was “art treasures and possible evidence such as computer storage media, clothing and tools,” Dresden police and prosecutors said. The searches, focused on Berlin’s Neukoelln district, did not immediately turn up any of the missing treasures.

“We’d have to have a lot of luck in order to find them a year after the crime,” Dresden police spokesman Thomas Geithner told reporters.

The director of Dresden’s museums, Marion Ackermann, said the raids and arrests were an encouraging development in the case.

“Of course we hope that the jewelry sets will be found and that they soon be able to be returned to their original location,” she said.

Three people, identified only as German citizens, two aged 23 and one 26, were arrested on suspicion of organized robbery and arson.

Police issued photos of two others, wanted on the same charges, identifying them as Abdul Majed Remmo, 21, and Mohamed Remmo, 21.

Members of the same extended family were convicted earlier this year for a similarly spectacular heist, the theft of a 100-kilogram (220 pound) Canadian gold coin dubbed the “Big Maple Leaf” from Berlin’s Bode Museum in 2017.

The coin, with an estimated value of some 3.75 million euros ($4.45 million) has not yet been recovered and authorities have posited it was likely cut up into smaller pieces and sold.

Cousins Ahmed Remmo and Wissam Remmo, along with a friend who worked as a security guard at the museum, were all convicted of the crime and sentenced to several years in prison.

“Nobody should believe that he set himself above the rules of the state,” Geisel said.

The Green Vault is one of the world’s oldest museums. It was established in 1723 and contains the treasury of Augustus the Strong of Saxony, comprising around 4,000 objects of gold, precious stones and other materials.

Shortly after the theft, authorities offered a 500,000-euro ($593,000) reward for information leading to the recovery of the jewels or the arrest of the thieves.

In March, prosecutors and police said they had determined that an Audi S6 used in the theft and later set alight in a Dresden garage was sold to an unidentified buyer in August.

They said they believe a young man who picked up the car from the seller in Magdeburg, another eastern German city, was connected to the break-in and released a sketch of a slim, dark-haired man believed to be about 25 years old.

The car may have been repainted before the break-in, authorities said at the time, bolstering suspicions that the theft was planned well in advance.

German news agency dpa quoted prosecutors as saying they believe at least six people were directly involved in the heist.