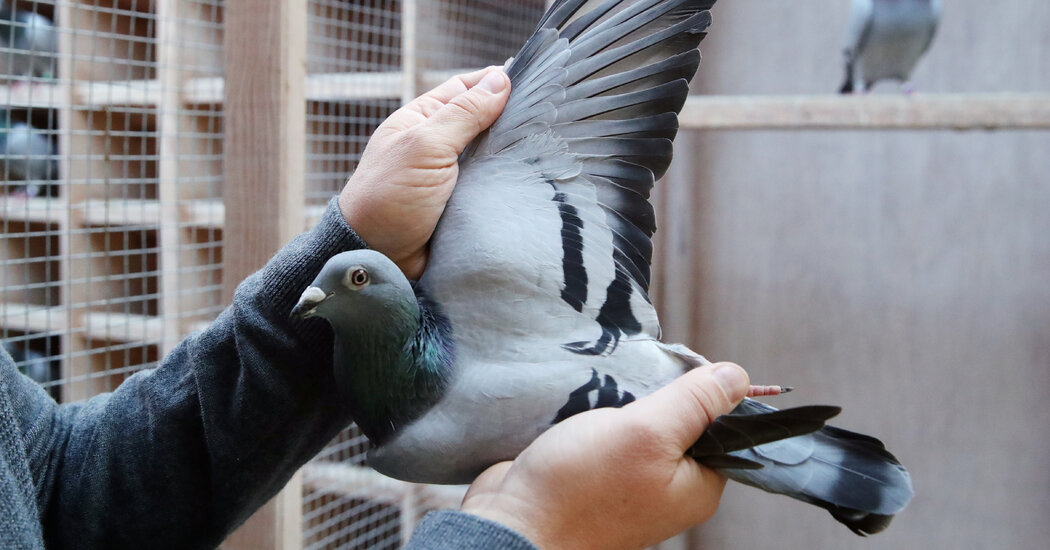 In the pigeon racing world, breeding brings big bucks — but never before as much as for New Kim, a 2-year-old female pigeon who sold for a record 1.6 million euros, about $1.9 million, after a bidding war between two Chinese buyers at a Belgian auction.

That was far above the previous auction high of €1.25 million, set last year for another Belgian pigeon, Armando, a 5-year-old male with a long winning record who went to the same Chinese buyer, publicly identified by the pigeon auction house PIPA only by the pseudonym Super Duper. The record was reached on Sunday, after bidding started on Nov. 2 at €200.

In the sport, which dates back to at least the 1800s, homing pigeons are acclimated in a shared loft before being taken hundreds of miles away and released; the winner is the first to return. Soaring auction prices are only one sign of the sport’s increasing glamour and competitiveness in China: Two men were convicted by a Shanghai court in 2018 of trying to fix a high-stakes race by putting their pigeons on a bullet train.

New Kim, according to Nikolaas Gyselbrecht, the founder of PIPA, had two distinctions that helped her reach such an exorbitant price: She “performed as the best bird in Belgium in 2018,” and she was among the last birds to be raised by Gaston Van de Wouwer, a famous breeder who has since retired.

“You could compare it to a Picasso painting,” Mr. Gyselbrecht said, referring to New Kim. “It will sell more than a local American artist.”

The new buyer could race the top two birds together, Mr. Gyselbrecht said. And he estimated that an offspring of such a union could bring at least €200,000, or perhaps more: The same Chinese buyer bought one of New Kim’s hatchlings on Monday for €600,000.

The seller did not want to comment, Mr. Gyselbrecht said, and the buyer wished to remain anonymous.

Belgium has long been a competitive hotbed for pigeon breeding and racing — there was even a doping scandal there a few years ago — but an increasing number of high-end buyers are from China, taking almost all of the nine highest-priced birds sold on Sunday.

Mr. Gyselbrecht estimates that about 50 percent of PIPA’s annual turnover, which totals around $50 million, is from China. And the prices still appear to be rising.

“Ten years ago, we sold a colony for €1 million and we thought it was crazy,” he said. So far, the latest auction is on track to raise almost €10 million.

Sorgente articolo:
‘You Could Compare It to a Picasso’: Pigeon Sells for $1.9 Million – The New York Times