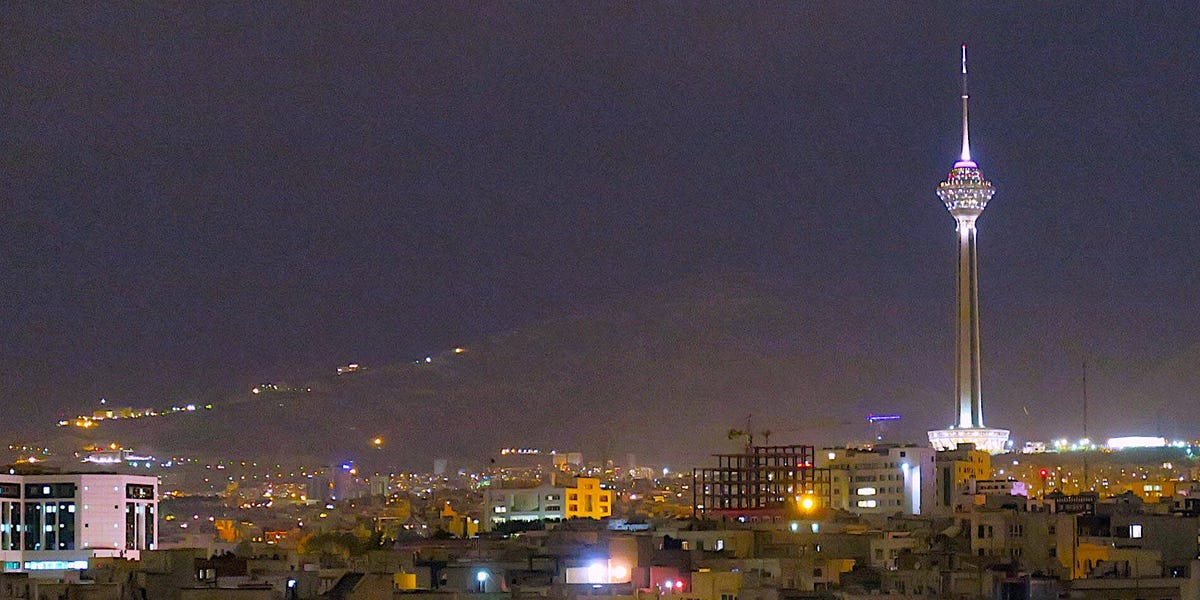 The assassination last August of a top Al Qaeda commander in Tehran by an Israeli hit squad would have been an exorbitantly costly operation that would have only been undertaken at the direct request of American intelligence services, according to two current European intelligence officials and a former Israeli Mossad official. Israel would have traditionally sought valuable compensation for conducting such a dangerous and complex operation inside Iran, they told Insider.

US intelligence officials confirmed last week that an Israeli operation on August 7, in an upscale Tehran neighborhood, assassinated Abu Mohammed al Masri. Masri was a longtime Egyptian member of Al Qaeda dating back to the late 1980s. Along with a few dozen top al Qaeda leaders and their families, Masri had been living in Iran under various forms of house arrest, detention, or monitored parole since fleeing the US invasion of Afghanistan in 2001.

Getting to him — right under the noses of the authorities in Tehran — cannot have been easy or cheap. That is a major indication that US resources must have been deployed to make it happen.

Masri, along with fellow Egyptian Saif al Adel (also believed to be in Iran), represented the top operational leadership of Al Qaeda, following the killing of Osama bin Laden. The current top leader is Ayman al Zawahiri, but he has acted more as a figurehead for the group and is believed to be hiding in Pakistan’s frontier with Afghanistan. He is also rumored to be dead from illness.

Masri led Al Qaeda operations in East Africa during the 1990s and was wanted by the US in connection with the 1998 bombings of the US embassies in Kenya and Tanzania with a $10 million bounty on his head.

While Al Qaeda did not immediately announce Masri’s death — just as its official sources have been silent on the rumors of Zawahiri’s death — social media accounts considered close to the AQ leadership have begun eulogizing him.

“It was a joint operation with the Americans providing technical details that identified Masri’s secret identity and location in Tehran, while the Israelis provided the actual assassins to do the attack in Tehran,” said a European intelligence official. The source was briefed on the details of the operation but refused to be identified in the media discussing operational matters.

“We have known since 2003 that Iran was using some combination of detention and safe refuge for key Al Qaeda members and their families who fled the US invasion [of Afghanistan] in 2001,” said the official. “Masri and Adel have always posed the most concern for counterterrorism officials because they’re both very capable and ruthless operators and we have seen them being very active with various Al Qaeda affiliates in Syria.”

It has been long understood in intelligence circles that despite the vicious religious and political rivalry between Shiite Iran and Sunni Al Qaeda, an uneasy relationship evolved since 2001, as Iran concluded that the US wasn’t offering anything to make it worth turning over the terrorists. Keeping them under various forms of house arrest gave Iran leverage over the Sunni group. Indeed, Tehran has twice swapped kidnapped diplomats for more freedom or the outright release of some Al Qaeda members in Iran, including multiple children and wives of bin Laden.

Israel has regularly been able to hit targets in Iran over the past 30 years, according to the former Mossad official, because of its focus on recruiting and training Israelis of Iranian descent for top-secret operations.

“There’s half a million Israelis who either grew up in Iran or grew up in Israel speaking Farsi with their families,” said the former Mossad official, who refused to be identified or to speak directly about the Masri operation.

“This community is closely watched by Mossad and Military Intelligence and of course it’s used to recruit both agents and analysts,” said the Mossad official. “My family is Iranian and I grew up speaking Farsi at home, it was only after my IDF service that my Hebrew began to sound as native as my Farsi. There are many people just like me in this business.”

In past conversations, Israeli officials have described a process in which candidates in the intelligence and the military are carefully watched for spycraft talents during their mandatory military service. With a particular emphasis on members of elite special forces and military intelligence units, candidates for deep cover operations or Mossad’s assassination unit — until recently called Bayonet — will be recruited and trained, in many cases for just a single mission.

“The top people in the elite units — let’s say there’s someone with perfect Farsi skills from growing up in an Iranian Jewish family — they’ll get recruited to the most secret units in Mossad and oftentimes train their entire careers for a single mission,” said a “Tsur,” a former Israeli paratrooper and special forces medic. “Mossad will see this person as a card they can play later: Here’s a guy who’s a well-trained killer from an elite military unit, he’s got clean travel documents established where he can fly to Tehran or anywhere as another country’s citizen, or even pass as an Iranian if they give him fake papers. He’s never conducted a foreign operation before so nobody knows his face. This is a person you can send to Tehran undercover. But only once. For one mission.”

But because of the value of this sort of human asset, it would be rare for the shooters themselves to have been Israelis, and instead were most likely members of one of the anti-regime groups like the Balochistan independence movement that has been on Mossad’s payroll for a decade, said an European intelligence official based in the Middle East.

“The Israelis have been very effective at recruiting proxy gunmen for these sorts of assassinations in Tehran,” said the official, who noted that there have been half a dozen killings of top Iranian nuclear scientists in Iran from 2010 until 2015. “There’s going to handlers and the like that need to operate inside Iran but only under the most important circumstances. One example would be the operation to steal the Iranian nuclear archive [July 2018]. For that operation they’d probably have used Israelis on the ground.”

But what did the US give to get the job done?

The Middle Eastern-based European official questioned what exactly the Americans used to entice the Israelis to conduct the operation, considering that despite Al Qaeda’s anti-Semitic rhetoric the group has never attempted to directly target Israelis.

“This operation likely blew the cover or ability to operate half a dozen assets or more in Iran,” said the official. “Sure the Israelis and Americans are ‘friends’ but giving up a bunch of assets that took many years and much money to get into place requires compensation. Obviously Masri was a long-time target for the Americans but I’m not yet sure what the Israelis got in exchange for this operation. I doubt it was [merely] some goodwill.”

The regional intelligence source does, however, have a theory on why the operation finally leaked three months later in the wake of the US presidential election.

“I’m not sure the Israelis are being shy about reminding [President-elect Joe] Biden that even if you want to resume talks with Tehran over the nuclear deal, there’s still going to be an issue of the presence of a dozen top al Qaeda people in Tehran. They’re being pretty obvious about this, it was even in the newspaper there yesterday.”