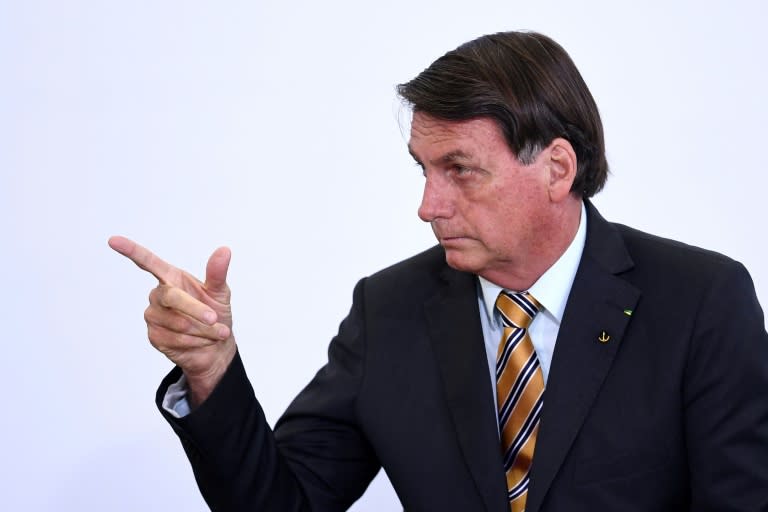 After struggling for months to get its spiraling Covid-19 death toll under control, Brazil is now threatened by the nightmare scenario that has already shaken the United States and Europe: a second wave.

Brazil has been one of the countries hit hardest by the pandemic, with more than 166,000 people killed — the second-highest number in the world, following the United States.

After a seemingly endless plateau, with more than 1,000 deaths a day from June to August, on a seven-day rolling average, the numbers had finally been falling in the giant country of 212 million people.

But after dropping to as low as 350 deaths per day early last week, the rolling average has now risen above 400 again.

There is also a worrying trend in the number of hospitalizations.

That led the state government to put the brakes on its gradual exit from partial lockdown.

However, eight months after the pandemic reached the country, Brazilians are showing signs of fatigue with social distancing measures.

In the country’s largest cities, shops, schools, cinemas and gyms have reopened, and beaches, bars and restaurants are regularly packed with crowds.

But experts warn the country’s virus ordeal is probably far from over.

“For the past three months, we’d been seeing a steady level of 50, 55 Covid cases” at a time, said Sidney Klajner, president of Albert Einstein Hospital in Sao Paulo.

“But today I think we have 90 patients with Covid or suspected Covid,” he told AFP.

“Most of them are younger patients who we understand are taking less precautions.”

Last weekend, an unauthorized party on Ipanema beach in Rio de Janeiro drew more than 2,000 revelers, most without face masks.

That was despite the fact that intensive care units in the city’s public hospitals had just hit the dangerous threshold of 95-percent occupancy.

“We may already be in a second wave,” said Domingos Alves, head of the Health Intelligence Lab at the University of Sao Paulo.

He said he was especially worried by the “R value,” the number of people an infected person transmits the virus to on average.

When the number is higher than one, experts consider it worrying.

“In early October, the national rate was 0.97, with just four (of Brazil’s 27) states above one. But a month later, 14 states were above one, and the national average, too,” he told AFP.

“We’re at a worrying level, especially given that testing has decreased and the official figures are under-estimates.”

He said more political leadership was needed on the pandemic.

“Brazil urgently needs to put in place mass testing to try to get the second wave under control, before it gets submerged like the United States and Europe.”

If there is a second wave, it will probably hit Brazil unequally, said Julio Croda, an infectious disease specialist at the University of Mato Grosso do Sul.

Immunity among those who have already had the virus may partially protect some hard-hit areas, he said.

“But even if the second wave is smaller in terms of the number of cases, it can still cause a major tragedy,” because authorities have largely scrapped field hospitals and other emergency measures taken at the height of the outbreak, he said.

“Even a less intense second wave could be deadlier than the first, because of that demobilization,” he said.

The Brazilian government, which has struggled to respond effectively to the pandemic, does not look likely to do better if there is a second round.

President Jair Bolsonaro, who has downplayed the pandemic since the outset, last week dismissed talk of a second wave as “gossip.”

“And if it comes, we’ll just have to face it, because otherwise our economy will really collapse,” said the far-right leader, who argues the economic impact of lockdown measures is worse than the virus itself.

The comment came several days after he urged Brazilians to “stop being a country of fags” and “face up to (the virus) and fight.”