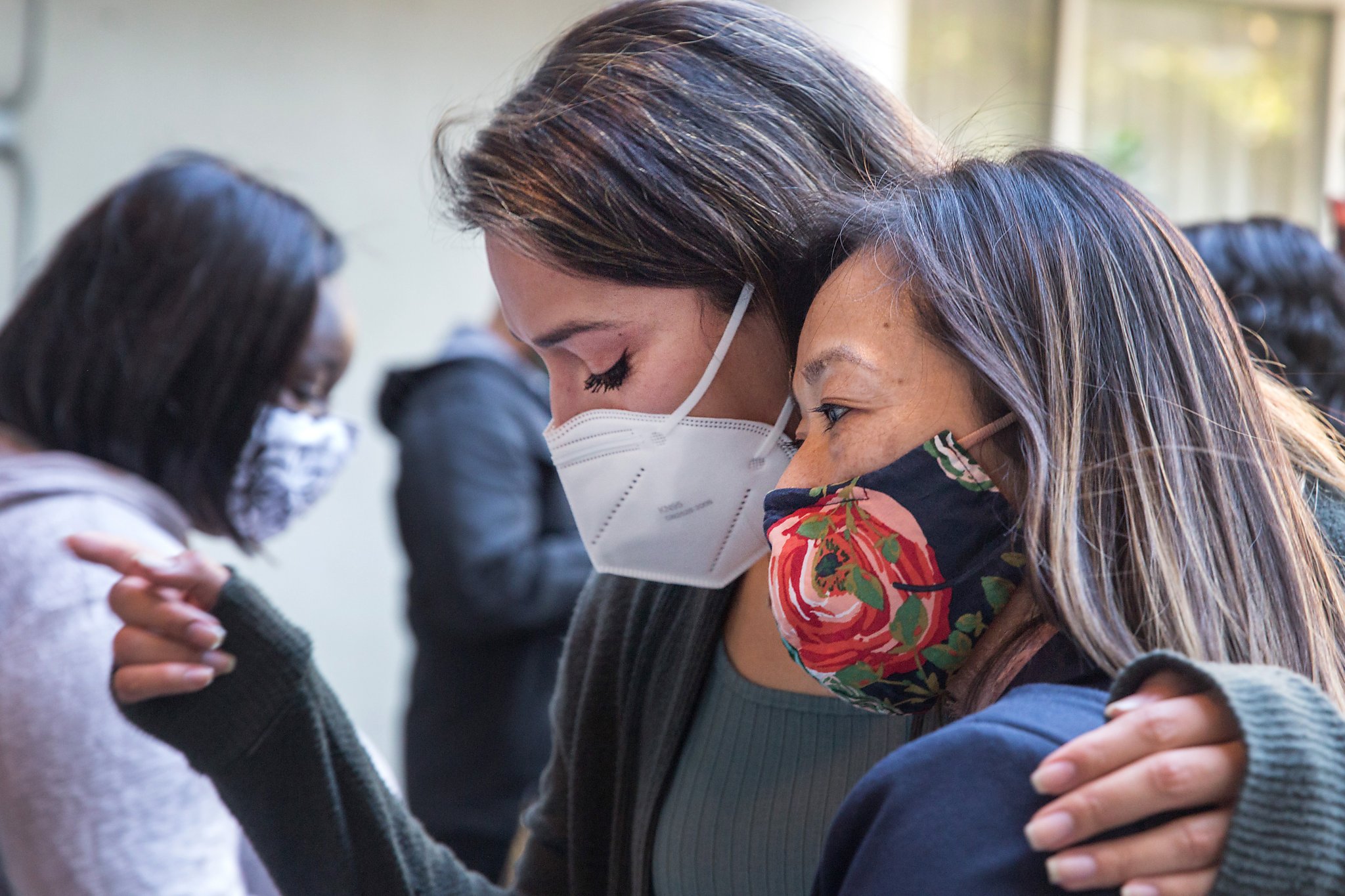 San Francisco’s public school students would start returning to classrooms by Jan. 25 under a timeline approved unanimously by the school board Tuesday night.

But the date is not a given. County health officials would have to authorize the reopening, ensuring the district has met health and safety requirements, including ventilation, social distancing protocols and well stocked pandemic supplies.

And with rising coronavirus case rates, the future is all but uncertain in terms of what can be open two months from now.

In addition, the district has yet to reach agreements with teachers and other staff about working conditions during a pandemic.

Despite all the uncertainty, district officials said they wanted to provide some clarity on a target date to bring students back. They have faced increased pressure in recent weeks from city officials and parents to provide more specifics on when students will return. Several private schools have reopened in recent weeks as well as a handful of districts across the region.

Mayor London Breed took the unusual step of publicly expressing support for the board to set a reopening date.

Not everyone was as happy about the decision, questioning how safe it will be for students and staff to return at the end of January.

“I have real concerns about the rush,” said Michelle Jacques-Menegaz, with the district’s Parent Advisory Council, adding rising cases and the upcoming holidays. “No educator or staff life is worth the rush back to in-person learning.”

Board members, however, stressed the resolution, including the target date to reopen, will help guide the planning process.

“I think it’s inaccurate to believe that we’re going to put a date that’s going to compromise people’s lives,” said board member Stevon Cook. “That’s not going to happen.”

Cook, along with Vice President Gabriela López and Jenny Lam, authored the measure.

Schools in fact couldn’t reopen unless San Francisco’s Department of Public Health signs off — after verifying all pandemic precautions and protocols are in place. That would include proper ventilation, adequate supplies, social distancing and more.

County health officials started allowing city schools to reopen in September. Rising case rates have paused the reopening of high schools, but those already opened can remain so.

A handful of parents backed the district’s effort to set a date to reopen.

“It is a very important step in the right direction,” said Meredith Osborne, whose children attend Alice Fong Yu elementary school, adding fear should not overrule science and public health officers “who have said it’s safe to go back to school.”

Representatives from district labor groups criticized the measure, saying it appeared to disregard the safety of staff.

“Plans are important. It’s always good to plan,” said Susan Solomon, president of the United Educators of San Francisco. “Please don’t force us into a situation we’re not comfortable with.”

The measure directs Superintendent Vincent Matthews to begin reopening elementary schools for students with moderate to severe disabilities, as well as all other students in preschool, transitional kindergarten, kindergarten and first grade.

Other grades would be added on a rolling basis.

About 10,000 students would be in that first phase, returning on a rolling basis after schools reopen, according to district staff.

The proposal also calls for a survey of parents to determine how many would prefer to return to school rather than continue with distance learning, and a projection of costs related to reopening.

In the meantime, Matthews is working with labor leaders to get principals to return to school sites later this month as plans move forward for for reopening.

During the meeting, and at the last minute, the board amended the measure to also require the creation of a new staff position, a project manager who would report directly to the school board rather than the superintendent, working with district staff to advocate for the seven members.

While the public was not able to comment on the amendment because it came so late in the process, several teachers, parents and other district staff members spoke on the reopening plan, with many criticizing the idea of a specific date.

The addition of a new staff position was unopposed by board members, who said that person would help “align” the board while also streamlining their requests for information from district staff.

The addition of the position is unusual and could raise questions about whether the board would be violating the Brown Act, the district’s legal counsel said. The act restricts a majority of a public body from communicating about public business, even if those discussions happen via email or a series of conversations.

If the staff member is communicating with various board members about aligning their efforts, that could violate the Brown Act, the attorney said.

The board approved the new position without specifying a salary cap.

Board President Mark Sanchez said he hopes to fund the position with philanthropic dollars.