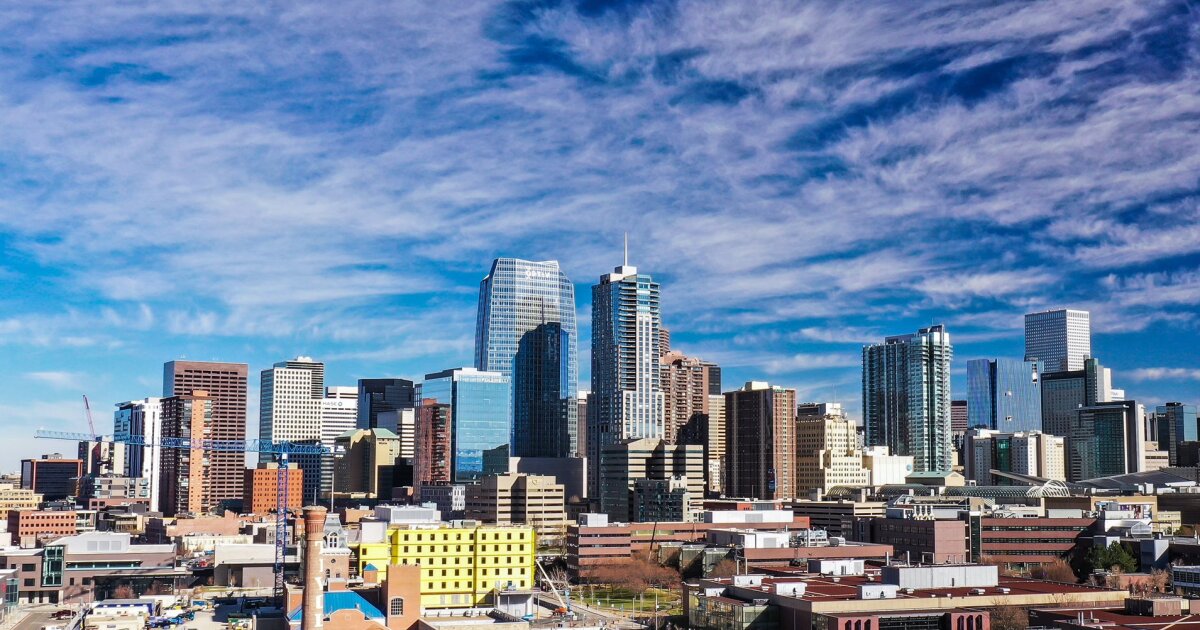 DENVER — They are the lifeblood of downtown Denver and yet, this Friday, restaurants and many other small businesses will be shut down again because of the COVID crisis.

A real sense of uneasiness now lingers over the Mile High City as we move into Level Red: Severe Risk on the state’s COVID-19 dial.

Although it’s too early to tell what kind of long-term damage 2020 has inflicted on the heart of the city, the economic toll has already been devastating. And the question remains: How long will it take to recover?

Jasinski has kept Rioja at the top of Denver’s dining scene for 16 years now. It’s an unprecedented run for a restaurant in any city, but even Rioja’s success is now in jeopardy.

The ongoing pandemic and instability downtown is slowly sucking the life out of some of Denver’s finest small businesses.

“I’m one of those believers in the power of positive energy, but some days it is very tough,” Jasinski said. “You know, the 25% restriction and now the 10 p.m. curfew. If some people would just do the right thing, we wouldn’t have the damn curfew.”

Downtown’s seemingly endless economic tailspin is the subject of news story after news story and even a recent hour-long documentary called “Denver in Decay.”

But is it really the end of an era? Or just a temporary COVID-induced ghost town?

Katie Jacyna lived downtown for a few years, but recently decided to move out. She listed and sold her downtown loft.

“My husband ended up having to work from home, as well,” Jacyna said. “And the only closed-off space we really had was the closet and the bathroom, so we ended up taking a lot of work calls in the closet.”

Jacyna said that was it. They needed something more spacious.

“We found this 1968 split level,” she said. “That split-level garden has a bedroom, bathroom and a wet bar and a whole little living room. I work there and my husband works upstairs. It was just the right move.”

More and more young people fleeing downtown for the inner-ring of suburbs around Denver-proper and suburbs on the west side.

“I’ve sold more homes in Arvada, Lakewood and Golden than I have anytime in the past to kids ages 25-35 years old,” Abbey said. “As for downtown, you’re seeing condos sitting for longer than they ever have. You’re seeing condo prices go down.”

Jacyna had to lower the price on her loft in order to get it sold.

“At the practical level, you have the job front,” Nash said. “People don’t need to be at the core of downtown. Their work is not happening downtown anymore.”

Nash said he believes while there is genuine fear about downtown, some of the safety issues are misguided and exaggerated.

“Leading up to election season, there was a lot of fear-mongering around messaging of the urban core,” Nash said. “You see the protests and the homeless situation and that plays in folks minds.”

“Boards over all the windows,” Giellis said. “And it just doesn’t give you the sense that this is a place you want to come to hang out with your family.”

Giellis said while other cities like Las Vegas, Nevada and London, England are addressing the COVID-related shutdowns head-on, she believes Denver is turning a blind eye.

“There is no plan,” Giellis said. “That lack of honesty and transparency — and having a conversation with the community about the realities we’re facing — is happening elsewhere. And I can say that because I’m working elsewhere. Will these commercial spaces become residential? Will anybody want to live downtown?”

Abbey said she doesn’t think so. At least not now.

“The thought of a crowded bar and crowded streets and people getting shot downtown and all these things happening – it’s not appealing,” Abbey said. “And that is the reason for the trend. It’s absolutely shifting.”

There’s a shift in tourism, too.

Those in the hospitality industry like Kevin Bird say hotels don’t stand a chance until conventions return.

“The Colorado Convention Center — when you’re not having those size groups, it really impacts the hotel industry,” said Bird.

Bird, a food and beverage coordinator at one of Denver’s finest downtown hotels, had to furlough his entire staff last spring, only to be furloughed himself. “Maybe the people putting on the conventions don’t feel comfortable having 1,000 people there, but is it worth it to have 300 people there?”

There is hope according to some experts.

“I don’t see this as being something that’s going to signal the end of the era for the city,” said Andrew Goetz, University of Denver professor and urban centers expert.

Goetz said the decline will sting for months to come and probably through 2021.

He also said there’s no question the work-from-home phenomenon and need for space will continue to be a boom for the suburbs.

But as the theater, professional sports and conventions return, Goetz said, so, too, will the people.

“I think that cities will eventually come back,” Goetz said.

That’s what the ever-optimistic Downtown Denver Partnership (DDP) is banking on.

The DDP is hoping innovation in dining and shopping experiences will still attract you to downtown this holiday season.

“We certainly respect what the governor and mayor are trying to achieve to keep us all safe,” Thelen said. “At the same time, we’ve got to balance the economics of this and find ways to maintain a healthy and dynamic space.”

Organizers are even planning a different kind of Parade of Lights.

“This year, the parade will be static,” Thelen said. “It will be in place and the people will be walking by.”

With the promise of a vaccine on the horizon, Nash and others are betting big on an eventual return.

“It’s hard to suggest we are at the end of urban living,” Nash said.

Jasinski is doubling down on her business, even installing a new air filtration system.

“It’s like an ion technology that kills 99.4% of all germs and circulates every 30 minutes,” she said. “And if you’re still not comfortable dining in, we have a beautiful Thanksgiving meal if you want to take it home to cook at home.”

Editor’s Note: Denver7 360 stories explore multiple sides of the topics that matter most to Coloradans, bringing in different perspectives so you can make up your own mind about the issues. To comment on this or other 360 stories, email us at 360@TheDenverChannel.com. See more 360 stories here.