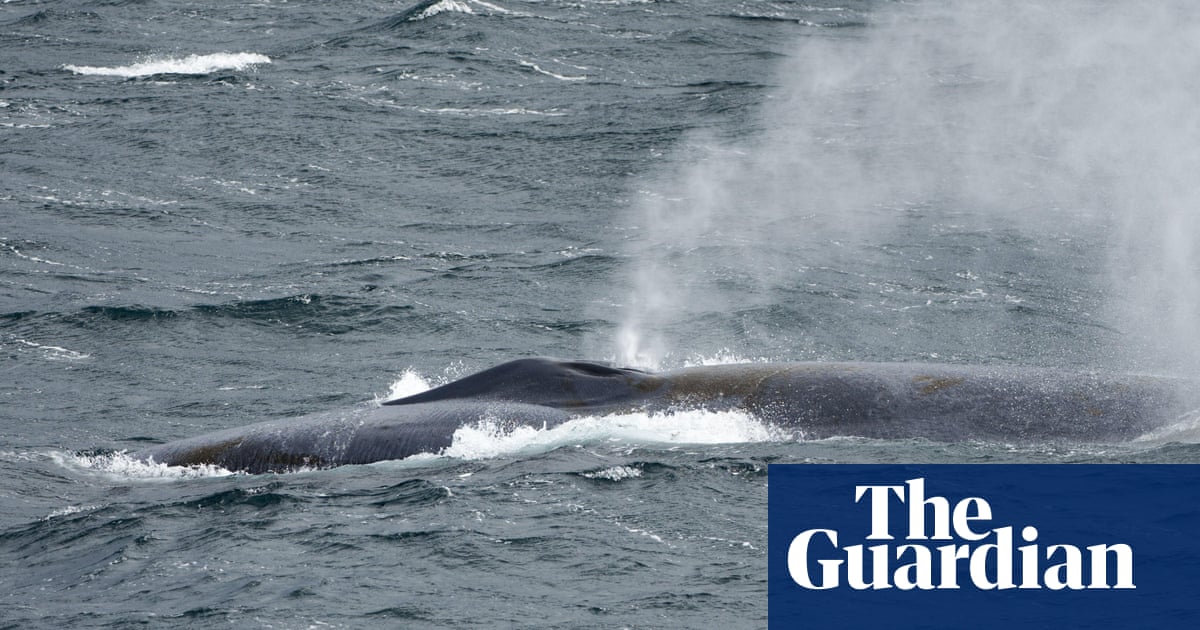 When the Antarctic blue whale – the largest and loudest animal on the planet – was all but wiped out by whaling 50 years ago, the waters around South Georgia fell silent.

Twenty years of dedicated whale surveys from ships off the sub-Antarctic island between 1998 and 2018 resulted in only a single blue whale sighting. But a whale expedition this year and analysis by an international research team resulted in 58 blue whale sightings and numerous acoustic detections, raising hopes that the critically endangered mammal is finally recovering five decades after whaling was banned.

“We don’t quite know why it has taken the blue whales so long to come back,” said Susannah Calderan, of the Scottish Association for Marine Science and the lead author of a study in the journal Endangered Species Research. “It may be that so many of them were killed at South Georgia that there was a loss of cultural memory in the population that the area was a foraging ground, and that it is only now being rediscovered.”

Blue whales were abundant off South Georgia before industrial whaling – established on the island in 1904 – killed 42,698 of the animals there. Most of these whales were slaughtered before the mid-1930s but despite the legal protection in the 1960s, illegal hunting continued until the early 1970s.

Acoustic and sightings data was gathered from the notoriously stormy waters around South Georgia on expeditions led by the British Antarctic Survey, the Swiss Polar Institute Antarctic Circumnavigation Expedition and the government of South Georgia, with funding from groups including the Friends of South Georgia Island.

As well as looking for whales, researchers used listening devices to detect the loud – reaching up to 188 decibels – low-frequency calls of whales over long distances. The team also compiled records of whale sightings reported to the South Georgia Museum by mariners and tourist ship passengers, and photos of blue whales, which enable individual animals to be identified.

In total, 41 different blue whales have been photo-identified from South Georgia between 2011 and 2020, none of which match the 517 whales in the current Antarctic blue whale photographic catalogue.

Other recent research has shown that humpback whales are also returning to the region.

Dr Jennifer Jackson, of the British Antarctic Survey, who led the 2020 whale expedition, said: “This is an exciting discovery and a really positive step forward for conservation of the Antarctic blue whale. With South Georgia waters designated as a marine protected area by the government of South Georgia and the South Sandwich Islands, we hope that these increased numbers of blue whales are a sign of things to come and that our research can continue to contribute to effective management of the area.”